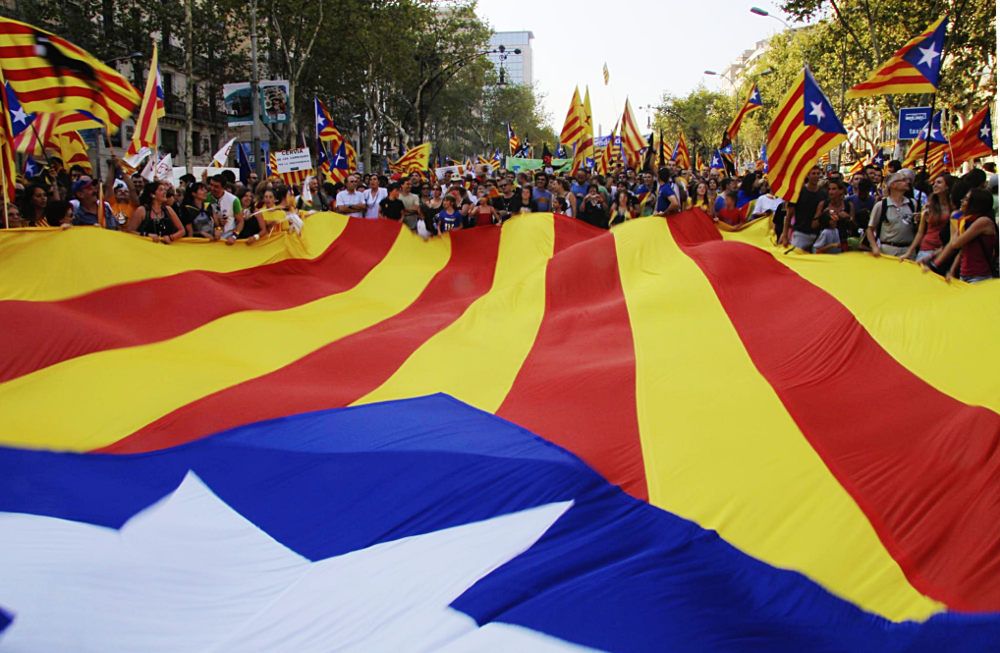 Lucha de Clases (Class Struggle) is in favour of the Catalan people’s right to self-determination, a basic democratic right. Denying this right to the historic nations that make up Spain has always been a central policy of the regime set up in 1978, together with the re-establishment of the monarch who chosen by Franco and impunity for the crimes of Francoism.

However, we do not think that independence would solve the problems faced by the working people of Catalonia or in the rest of the country. These problems are caused by the crisis of the capitalist system. For this reason we defend the fight against capitalism and call for a voluntary union, on a basis of equality between all of the peoples who make up the Iberian Peninsula, within a socialist federation.

The Catalan parliament has decided to hold a referendum on 9th November to ask the Catalan people if they wish to have their own State and if that State should be independent. In all certainty the Constitutional Court (TC) will declare this referendum unconstitutional. It is a scandal that the Spanish bourgeoisie is using unelected bodies to try to obstruct the exercise of a democratic right.

That said, we call on the Catalan workers also not to trust the nationalist demagogues in the Convergence and Union Party (CiU) and Catalan Left Republican Party (ERC). CiU represents the interests of the Catalan bourgeoisie and has been shameless in doing deals with the Conservative Party (PP) and the Socialist Party (PSOE) during 30 years of anti-working class cuts. Now they can be expected to use the decision of the Constitutional Court as a convenient excuse to backtrack and put an end to a situation which they were not comfortable with. On its part, the ERC has fully supported CiU’s policies of cuts and repression in exchange for calling the referendum. This shows what kind of independent Catalonia they are seeking: an “independent” Catalan state dominated by the Spanish and Catalan big bourgeoisie as well as the multinational corporations.

Under capitalism, the problems of working class families in Catalonia, who make up the majority of the Catalan people, would not be resolved, neither within the Spanish state nor in a hypothetical independent Catalonia, in just the same way as they are left unresolved in every other country.

The Pujol corruption scandal demonstrates that the Catalan bourgeois nationalists are as thieving and corrupt towards their own people, as the Spanish bourgeoisie is with theirs.

Only a workers’ government in Catalonia and Madrid would be in a position to take economic and political power from the Spanish and Catalan oligarchy, and to provide full democratic rights to the Catalan people, for which a united strugglet by both Catalan and Spanish workers against their common enemies is needed.