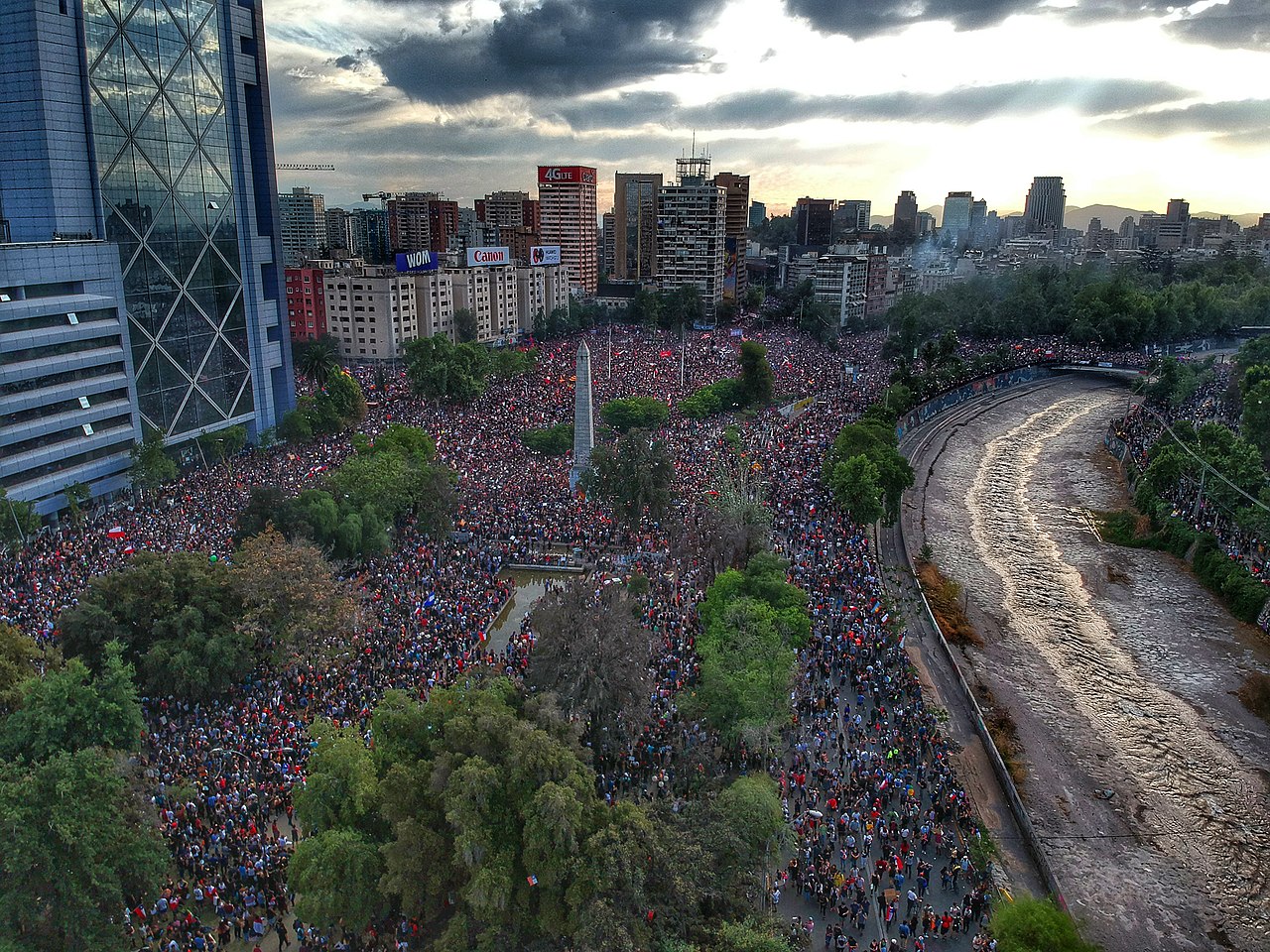 Chile is experiencing another general strike, as part of the uprising against the regime that has been going on for almost 40 days already. The government continues to intensify the repression (denounced by international organisations) and even modifies legislation by granting itself more powers to use the army “in the protection of public buildings”, without decreeing the state of emergency, while trying to bamboozle the movement through “agreements” and promises of negotiation. The conditions for bringing Piñera down are present, but what is missing?

The attempt by the Piñera government to deactivate the uprising with the “Agreement for Peace and a New Constitution”, signed by all the parties of the parliamentary arch (with the exception of the Communist Party), in addition to being a trap in the terms in which raised, was rejected head on by the movement. The Dockers' Union and the College of Teachers were the first to come out against it, and they were followed, on 16 November, by a joint declaration of the Social Unity Board (Mesa de Unidad Social). The signing of the agreement by the leader of the Frente Amplio [Broad Front], Boric, has also generated widespread rejection from within his own ranks, with hundreds of militants signing critical statements, demanding his resignation as a member of parliament and tearing up their CS [Convergencia Social, one of the main components of the Broad Front] cards, among them the mayor of Valparaíso and national leader of the FA Jorge Sharp.

The idea of Piñera's weak government was to strengthen its support base by involving the opposition in this "National Agreement", but in reality what he achieved was to increase the general rejection of the entire regime, including the parties of the old Concertación [the coalition around the Socialist Party and the Christian Democrats, which ruled Chile for 30 years].

Hatred of the regime

The recent Labor Barometer survey reveals the breadth and depth of the lack of legitimacy of bourgeois parliamentary institutions. A whopping 90 percent of respondents say they are not satisfied with democracy (47 percent are not at all satisfied) and 89 percent of respondents "said that government rules for the benefit of powerful groups." The disapproval rating for the government is a massive 83 percent, but all parties suffer widespread disapproval levels, from the 77 percent of the UDI in government, to 70 percent of the left-wing Broad Front itself. On a scale of 1 to 100, only approved social movements get a pass mark (58), while political parties and parliament get only 4 each. An overwhelming 85 percent agree with the mobilisations, despite the constant campaign of criminalisation and manipulation of information by the mainstream media and the government itself. What we are really talking about, if there was any doubt, is a deep crisis of the regime. 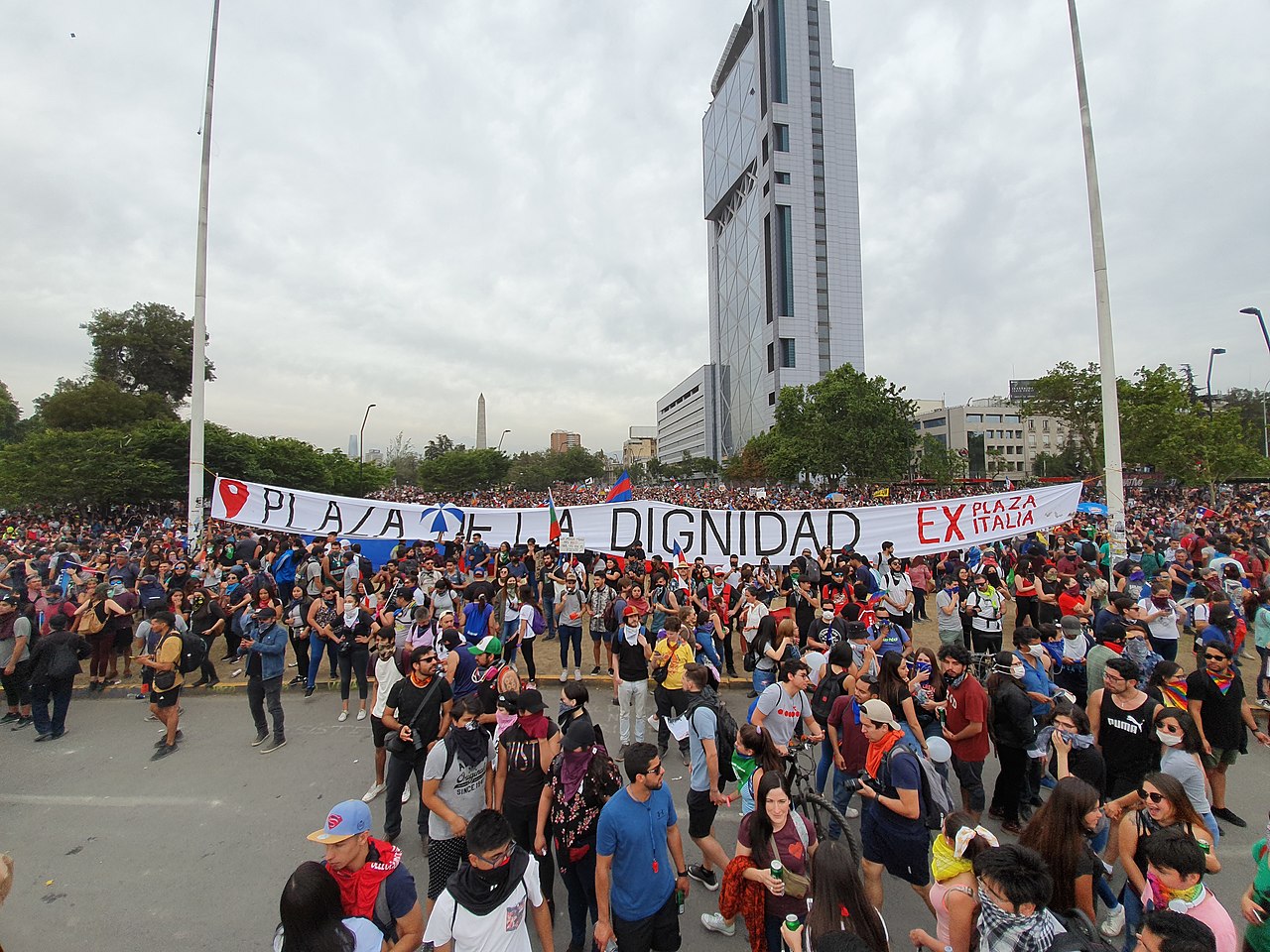 Hatred of the political establishment is widespread / Image: B1mbo

A very interesting aspect of this survey is the fact that although when asked directly, 82 percent say that Chile needs a new constitution (and 58 percent believe it should be drafted by a Constituent Assembly, not by a group of experts), in fact, when an open question is asked about what the demands of the protest are, 51 percent mention wage increases, 44 percent pensions, 38 percent the abrogation of the AFPs [privatised pension funds], 37 percent more budget for healthcare, 27 percent free education, and only 10 percent a new constitution.

This confirms what we have already explained: for the masses involved in the uprising, the question of the Constitution is seen as a means to carry out a radical change of the whole system, what drives them is the accumulation of pay, pension, healthcare and education grievances. However, their demands cannot be achieved simply by writing a new Constitution. The obstacle to achieving them is the capitalist system in crisis, and only through the expropriation of the large means of production, the mines, the banks, big businesses and multinationals, can a living wage, decent pensions, free healthcare and education be guaranteed.

Hence, the ruling class, although fearing the implications of a Constituent Assembly in a context of such strong questioning of the regime, could at any given time, fearing a revolutionary overthrow, agree to convene a Constituent Assembly of some sort. Its preference, as stated in the “Agreement for Peace,” would be a limited Constitutional Convention, corseted and under control. But it cannot even be ruled out that, in order to put an end to the uprising, they could make more democratic concessions in terms of the Convention.

The escalating national strike called by the Social Unity, although it has mass support, suffers from two limitations. The first is the somewhat confusing character of the call. At first it was announced that there would be a strike of some sectors on 25 November (dockers and others) and a general strike involving all sectors on 26 and 27 November. But the most recent communications of the MUS insist on the general strike on the 26th, without any mention of the 27th. To move forward, the movement needs a clear leadership with a bold approach.

But the main weakness is precisely one we have already noted. The general strike has been called to achieve a series demands and for a Constituent Assembly, but the organisations calling for it deliberately avoid the slogan that dominates the streets: "Piñera Out." Moreover, the Social Unity has agreed to meet with Piñera from 27 November to discuss its demands. The government, against the ropes and unable to control the situation more than a month after the start of the uprising, not only uses repression, but also tries to entangle the movement in all kinds of negotiations and agreement traps. 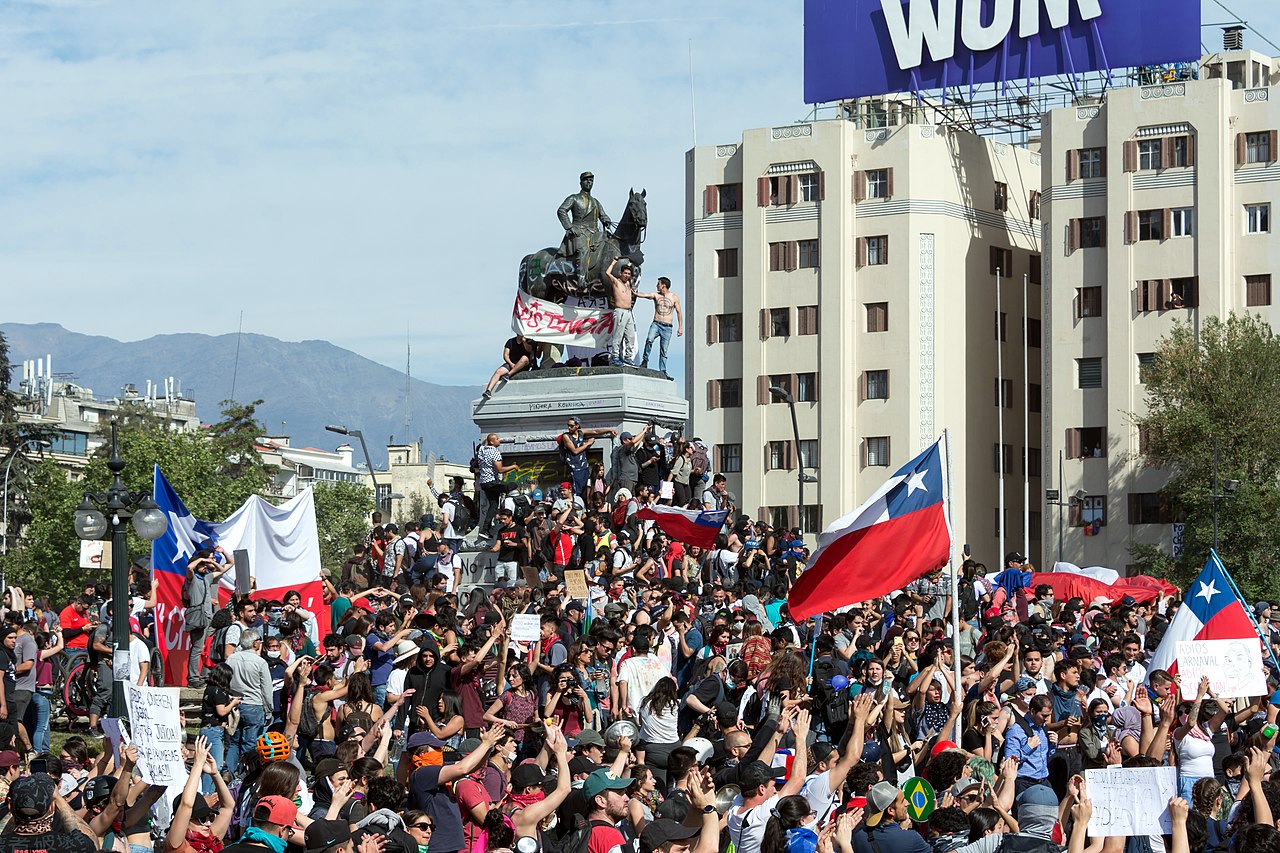 The escalating national strike is powerful, but has limitations / Image: Carlos Figueroa

The government is on the defensive. Several international human rights organisations (not known for their revolutionary sympathies, but on the contrary) have publicly denounced human rights abuses by the forces of repression. Nearly 2,000 people have been injured and more than 7,000 detained, as documented by the National Institute of Human Rights of Chile since the uprising began, of them 437 have gunshot wounds, and 1180 wounds from pellets, over 200 people have suffered eye damage, in addition to countless complaints of torture and sexual abuse of detainees. In fact, if it wasn't because they do not have a clear replacement for him, the ruling would have already removed Piñera in favour of another government “more on the left”, with “more social” content. Instead, it has tried to play the "national unity" card to which all parliamentary parties have acquiesced (except the CP).

The popular uprising has shown enormous vitality, resilience and courage. The youth of the front line has organised the defence of the marches against police brutality. The mobilisations are still massive and there are broad meetings of territorial assemblies and coordination committees, cabildos [councils], etc. In recent days we have seen an increase in attacks on police barracks (five on Monday 25 November), and a better-organised response to police brutality. It is noteworthy that the people on the streets are not only fed up with the violence of police but are also starting to lose fear.

But inevitably the question arises, why hasn't Piñera fallen yet? What's missing? First, an offensive strategy is required. The continuation of daily demonstrations with barricades and confrontations with the police, of partial general strikes limited in time, runs the risk of causing fatigue in the absence of a clear perspective on how to move forward. What can give the rising a second wind is the incorporation of the decisive sectors of the working class. Only in that way can the country be paralysed and the bosses’ government put in check. A plan of struggle is required that culminates in an all-out general strike with the clear objective of bringing down the government and the entire regime.

The leadership of the movement are still resisting the most popular slogan on the streets: "Piñera Out" / Image: Government of Chile

For that it is necessary that the movement should give itself a democratic structure. The Social Unity Board has been at the head of the movement, but so far it is only composed of representatives of the different organisations and there is no mechanism that makes it accountable to the movement itself. It is necessary to advance in the coordination of the cabildos and assemblies, into regional cabildos by means of delegates elected and recallable at all times. A national assembly of councils and assemblies should be convened.

At the same time, it is necessary to organise the movement's self-defence. There have already been several cases of people linked to the movement (the mime Daniela Carrasco and a community journalist in Santiago and a social activist in Antofagasta) who have turned up dead in suspicious circumstances. On 25 November, police officers raided the Communist Party's premises in Calama, in Antofagasta, and took the party secretary away. The Primera Linea [front line] youth have been given themselves the task of defending the marches against repression. This organisation should be spread, linking up the youth to the organised labor movement, dockers, miners, etc., through safety and security commissions such as the one that already exists in Antofagasta.

As Gustavo Burgos has stated very well in an article in El Porteño: “If the assemblies and councils are unified nationally, the foundations will be laid not only for a new form of Government and Constitution. Such unification will actually give rise to a government of the exploited, opening the doors of the revolution that has begun in Chile since 18 October. With this unification of the movement, tools will be created to change the entire social structure from the bottom up. Such a change will put an end to the capitalist order, put power in the hands of the workers and the exploited and will be the new Chile, the Republic of the Cabildos and Assemblies, the red dawn and the popular liberation whose flags millions fly in the streets today. Such is the task, such is the revolution, in this fight from the rank and file, we will win.” (THE SOLUTION TO THE CRISIS: LET ASSEMBLIES AND COUNCILS RULE)

A revolutionary victory in Chile, which is entirely possible, would have an impact on the entire continent, already shaken by revolutionary uprisings and mass mobilisations in Haiti, Ecuador, Colombia, etc. To make that possible, it is also urgent to forge a revolutionary leadership that lives up to the tasks facing the uprising.