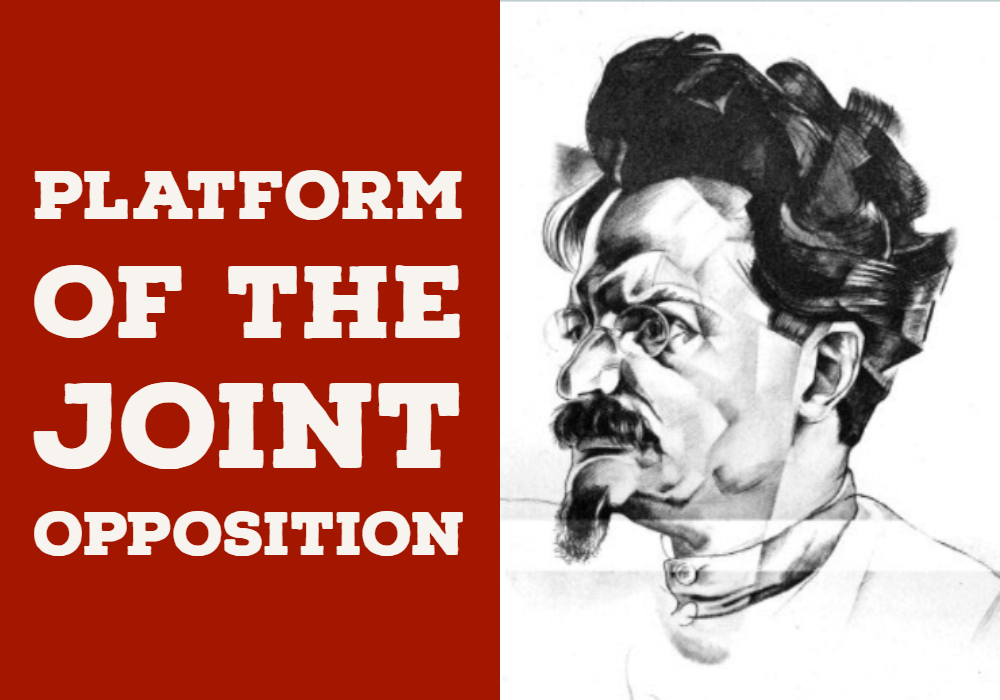 This document was the end product of a process of analysis and struggle in a constantly changing and living movement – the Bolshevik Party. It sums up a period which spans roughly four years, commencing some time before the death of Lenin in 1923 and concluding with attempts to publish this programme in 1927. This Platform was drawn up at a time of crisis for the bureaucracy. This bureaucracy consisted at that time of two basic tendencies – the Bukharinist right and the Stalinist centre of the Party, the latter perhaps less prominent in the public eye but with control of the entire apparatus. Neither was sure of its future at the time.