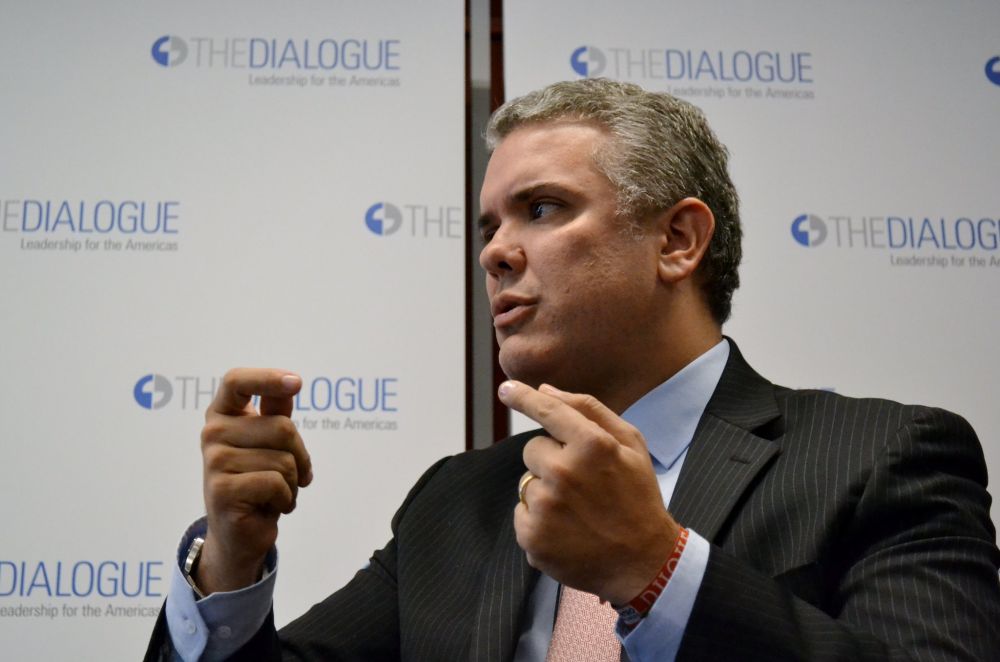 The Colombian workers and youth are trapped in a nightmare. The parasitic bourgeoisie has totally failed to curb the coronavirus pandemic, and has used the economic crisis as an excuse to carry out further cuts and attacks on the working class. Socialist struggle is needed to free Colombia from its unbearable condition.

If one were to look at Colombia’s streets today, you wouldn’t think there was a pandemic. A huge amount of people are coming and going, with minimum social distancing measures, amidst disinformation, hunger and disinterest by the state. The pressure exerted by the big captains of industry on the docile government of President Ivan Duque has achieved its goal: terminating obligatory quarantine and starting selective isolation, which in practice means putting thousands of workers at risk for the sake of the greed of the bosses. The numbers don’t lie. As of the time of writing, Colombia occupies the fifth place in terms of COVID-19 cases, with 813,056 infected. This number is not entirely reliable since one of the Duque administration’s tactics has been reducing testing.

However, these strategies are not good enough to really reactivate the national economy, much less to provide any solutions for the immediate needs of marginalised workers and poor layers of the petit-bourgeoisie. All of these people have found themselves in desperate times and forced to leave their homes, regardless of the risks, for the sake of making enough money to scrape by. When faced with this scenario, coupled with the lack of PPE, the rise in infections is inevitable, driving the already precarious healthcare system to a point of collapse.

Overall, this rushed and poorly planned move will throw away the little progress made with the earlier measures of self-isolation, effectively exposing the majority to the disease and revealing the ruthless nature of the national ruling class. 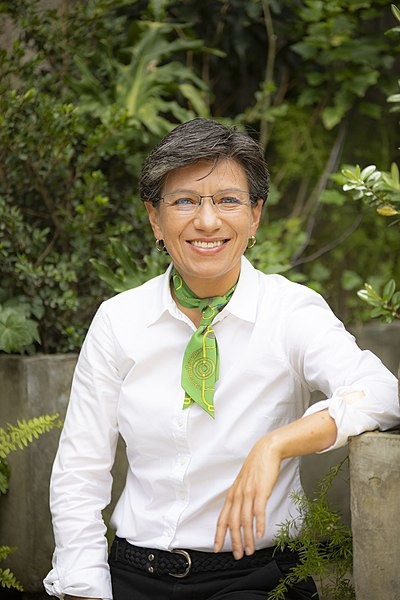 Bogotá's mayor, Claudia Lopez, is a centre-right liberal who presents herself as in opposition to the national government, but hypocritically oversees a terrible situation for workers and the poor in the capital / Image: Toshlander

Facing demands for basic subsidies from those most in need, Duque and his government have given the people nothing but demagogy and corruption, using huge amounts of state resources to finance reactionary adventures against Venezuela, or communication campaigns in order to whitewash Duque’s image, as well as reinforcing the armed bodies of men in order to put down the uprisings we saw during 9-11 September. But the president is both politically bankrupt and increasingly unpopular. Week after week, stories break involving both public functionaries and fellow party members engaging in all sorts of corrupt actions.

This situation has made the unity of the Colombian ruling class a necessity, in spite of their differences, for the sake of defending their interests. But due to internal differences, they have not managed to build any meaningful cohesion. And yet, in spite of this, they still manage to cook up counter-reforms to labour rights and impose taxes by decree: such as decree 1174, which exploits the economic crisis caused by the quarantine to remove the threadbare benefits of the average working-class person. These pretexts are used by the bourgeoisie to bleed the state with requests for financial assistance, without stopping massive layoffs.

The truth is, the ruling class has little means with which to confront the oncoming recession. Their financial panic is evident even as they promise a swift recovery. It doesn't require clairvoyance to recognise that only hunger and misery are on the horizon. With an unemployment rate of 19.7 percent according to the OECD, the crisis worsens day after day. It must be noted, however, that the wealth exists to both curtail the worst effects of the pandemic and provide sustenance to the most vulnerable families. This can be seen in the previously mentioned expenses, as well as the loan made out to Avianca (a Colombian airline) for almost 400 million dollars.

On the other hand, the answer from the left is rather anodyne. Their efforts stay within the limits of capitalism. At this point, the vacuum at the top of the labour movement is almost worse than the one in the camp of reaction. One of the unique figures presenting herself as a point of opposition is Bogotá's mayor, Claudia Lopez: a centre-right liberal who, while demonstrating more administrative competence than Duque (not exactly a compliment considering his mediocrity), hides behind demagogy as well: pushing protection programmes that are in practice insufficient. Her speeches about love and peaceful coexistence are equally dangerous to the public health of people living in Bogotá.

The situation facing the working class and poor in Bogotá is becoming unbearable, for which Lopez bears responsibility. There is the hyper-exploitation of the subcontracted and administrative workers in all sectors, but especially in the healthcare industry, without any guarantee of work stability; the pitiable and erratic payment of subsidies for the most downtrodden; citizens being forced to take responsibility for their own health care; and catastrophes like the landslide at the Doña Juana landfill, which had only been covered with a small amount of limestone. Not to mention her hypocritical position on the police brutality unleashed on the latest uprisings. With each passing day, the trust on this supposed great leader has disappeared, leaving many disappointed and confused.

The positions of left-wing senator Gustavo Petro offer no further clarity. He puts all hope in the next election and walks a tightrope between trying to please the different groups which are part of his “progressive” movement, as well as his own rank and file. He points out the obvious (and no less urgent) requirement in regards to the pandemic: a public healthcare system, operated by the state, that revitalises infrastructure and improves the living conditions of health workers and patients. He seeks to get this all within the “democratic” limits of capitalism. What he doesn't clarify is that, in order to achieve such a thing, it is necessary to overthrow the regime and the system that protects it.

The disease has found, then, a favorable environment in order to spread throughout a famine-stricken country whose government has abandoned it to its fate. The rural areas, always dismissed, are facing a critical moment. It’s a shame that in many towns there’s only one ICU bed available. On top of that, one could add the 30 massacres that have occured over the last year as well. 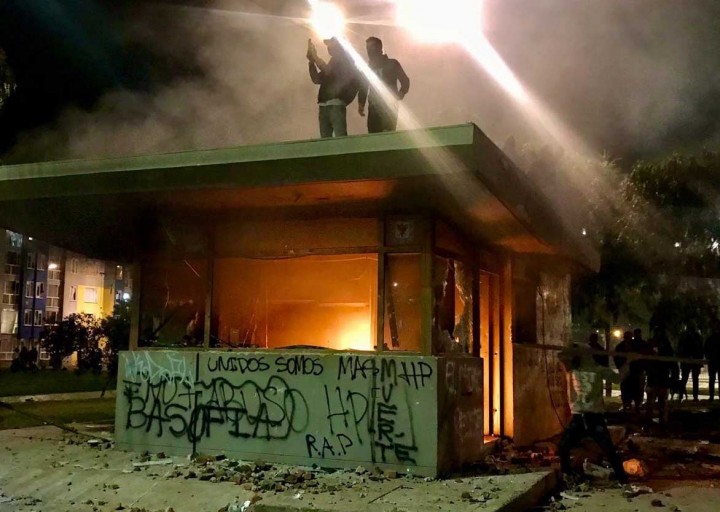 Despite their rotten leadership, tremendous class struggle by workers and youth is being prepared / Image: Emergencia Bogotá

People are desperate, surviving day-by-day and searching for solutions anywhere and everywhere, so it’s not surprising to see them take refuge in whichever miserable ideology seems barely coherent. And yet the present situation has served as a catalyst to wake up the class conscience of the downtrodden workers, and stirred the most advanced layers to action. Facing widespread unemployment, with the prospect of a grim future, social explosions are beginning to erupt. The events of the last month have demonstrated this. It won’t be long before a new fighting movement comes onto the scene. The question is: what will be its strategy to respond to this misery?

More than ever it is necessary to create a party of and for the working class, that responds to the interests of those most in need. It is necessary to generate a programme that guarantees the protection of life for the impoverished. Of course, this is only possible on the foundation of the ideas of Marxism, applied to the national reality. Capitalism’s time has come to an end and we must defeat it, or let it drag us into further disaster.

The dysfunction of our political caste, at the service of a useless bourgeoisie, has been uncovered. They are acting out of fear of social upheaval, but this alone is not enough. As Trotsky once said in his important text, The Permanent Revolution: “The fear alone of revolution does not resolve anything: the decisive factor is the revolution itself.”

An insurrection of immense magnitude is on the way. Unfortunately, there’s no political force today with a revolutionary programme capable of responding to the demands of this historical moment. As we have seen in Chile, Ecuador and in our own country through the last year, the masses are ready to struggle and go out on to the streets regardless of the state’s repression. But without a revolutionary leadership that can take the masses to victory, these movements were unable to achieve their aims. The spontaneous movement of the masses on their own is not enough, it must be combined with the existence of a revolutionary leadership. Otherwise, in the best of cases, we’ll be ruled by the same ruling class dressed up as progressives. In the worst-case scenario, however, we’ll be confronted with an event of the same bloody cruelty as the Bogotázo riots that followed the assassination of Jorge Elécer Gaitán, which led to a 10-year long war so cruel that it is known simply as La Violencia (“The Violence”)

Therefore, it is necessary and urgent to build an efficient and organised political organisation that can earn the leadership and trust of the movement with the right answers. In the meanwhile, the learning experience will be tough. The International Marxist Tendency in Colombia believes that victory is possible. So we work towards building a Marxist tendency that participates in the movement, standing shoulder to shoulder with the working masses, pointing towards the only alternative to the dead end of capitalism in crisis: the fight for socialism. All of this, without a doubt, bears a cost and requires an effort that we must meet.

Below, we present a socialist programme that would allow us to tackle the current healthcare crisis:

Duque out! Landlords and the Bourgeoisie out!

Capitalism is the disease, proletarian revolution is the cure!

We invite you to join our online events and to contact us: