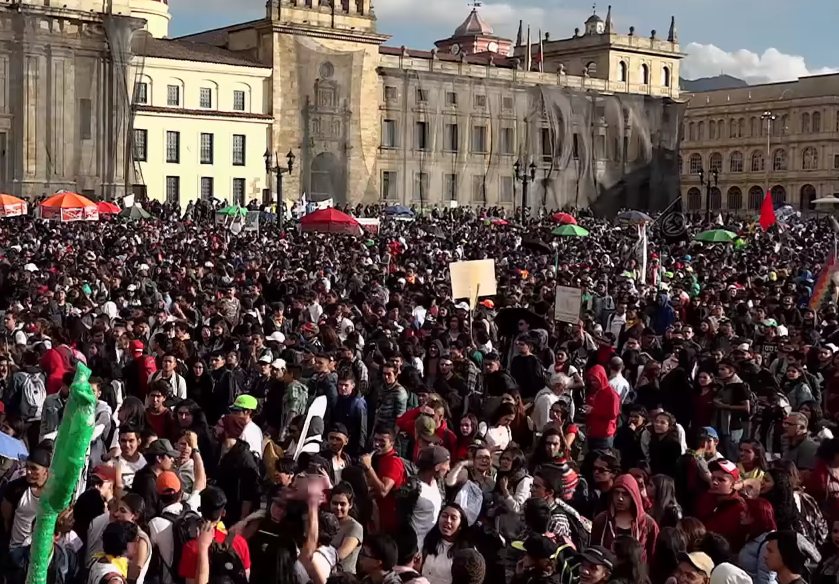 Over a 100 days have passed since the victory of right-wing reactionary Ivan Duque in the Colombian presidential elections. The appointment of Alberto Carrasquilla – the country’s very own Chicago Boy – as economics minister made it very clear from the outset that a battery of attacks was coming for the Colombian working class.

After 20 years of attacks by right-wing governments, the situation in the public education system has reached a breaking point. In response, students have been organising mass mobilisations for the last two months, involving hundreds of thousands of people in the streets. It is estimated that the demonstration on 10 October involved 300,000 students nationally, with at least 100,000 marching in the capital Bogotá.

The protests have been met with increased police repression and brutality by the state. A massive media campaign has attempted to frame students as vandals, launching Molotov cocktails at the police. And while the capitalist press is busy defaming the students, social media is full of evidence of widespread violence from the anti-riot police, as well as of police infiltration in the student mobilisations to incite violence.

Duque, meanwhile, isn’t at all interested in meeting the demands of the students, refusing to even hold a meeting with them.

At the same time, the right-wing government has announced a new tax plan that will hit the poor and the working class hardest. In order to cut the budget deficit and finance further tax cuts for big business, the government has announced an increase in VAT on necessary food products from 0 percent to 19 percent. This will put the food security of huge sections of the population at risk.

Along with rising prices of gasoline, these measures have generated an enormous public outrage, propelling the organised working class into action.

On 15 November, the largest trade union in the country – the CUT, representing 700,000 workers – joined students on their latest demonstration. And there have recently been talks between student organisations and the big trade unions (such as FECODE, representing 280,000 teachers, and the CUT) to organise a mass mobilisation on 28 November. More and more voices are calling for a 24-hour general strike on 13 December.

At the moment, students and workers are fighting defensively, focussing on countering Duque’s attacks on education and the government’s tax plan respectively.

But even these limited defensive demands on education and tax have clashed head-on with the interests of the ruling class, who are hell-bent on driving down public services and living conditions in order to boost the profits of big business.

Go on the offensive

Students involved in the big student assemblies at the Universidad Nacional (the largest and most-prestigious public university in the country) have reported how the mood amongst workers and students is growing more and more militant by the day. Learning through struggle, ever-greater numbers of grassroots activists are seeing the need for a revolutionary alternative. 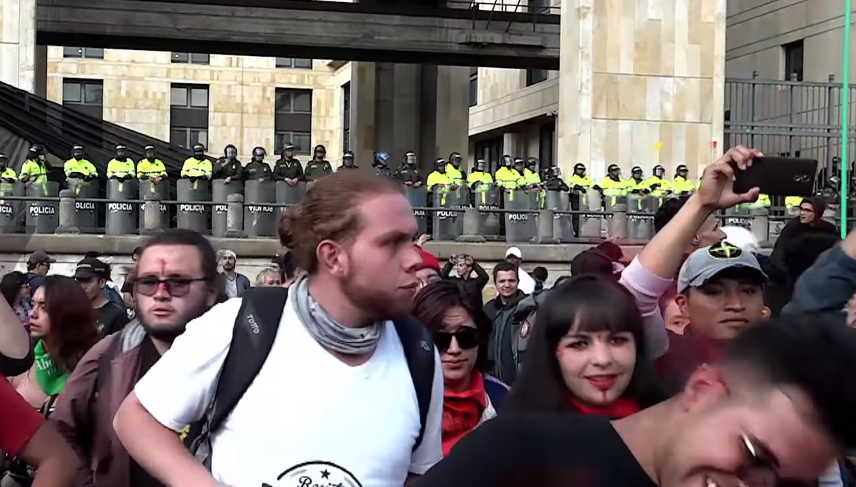 The point must be made clearly and boldly: the fight for public education and a decent standard of living must be a fight against the capitalist system. Students and workers, unite and fight! / Image: fair use

These latest events provide a tremendous opportunity. According to an Invamer poll, Duque’s approval rating is falling fast – from 53 percent in September to 27 percent now. Now is the moment for workers and student to go on the offensive.

In order to do this, the student movement must connect with the organised working class and link the student struggle with the fight against the VAT and gas price increases.

The point must be made clearly and boldly: the fight for public education and a decent standard of living must be a fight against the capitalist system. This is what can unite the struggles of workers and students.

Down with the Duque government! Students and workers: unite and fight!