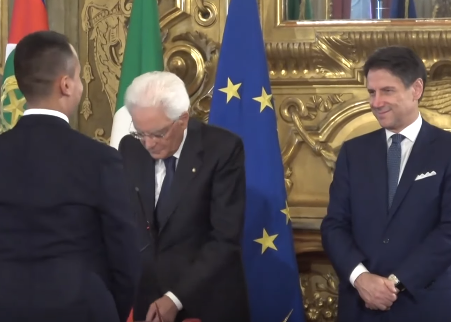 The Italian government crisis during the summer holidays has been settled with the birth of a new government, composed of the 5-Stars Movement (M5S) and the Democratic Party (PD). This represents a complete upending of the situation, sparked by the decision of former Deputy Prime Minister and Minister of the Interior, Matteo Salvini, to break from the former coalition.

He did so to provoke new elections in which he stood to make significant gains – a calculation that was proven to be erroneous. Salvini has fallen victim to his own power trip and has taken a step too far. But the main causes of the crisis are objective – they lie in the irreconcilable contradictions between Salvini’s party, the League, and M5S. These contradictions have been brewing for months.

Originally published in Italian on 6 September by Sinistra Classe Rivoluzione |

The new Conte 2.0 government is formed through the crudest about-face by two groups that, just a few weeks ago, were hurling deadly insults at each other. But now the disagreements have apparently vanished due to the supreme necessity to guarantee "governability" for the "good of the country". However, "governability" and the "good of the country" in class society are not neutral notions, they conceal the interests of the bourgeoisie, which in fact has blessed the new alliance on a national and international level.

Unity of the bourgeois

In this new convulsion of the Italian political system, Giuseppe Conte (up until one year ago an unknown university law professor) has assumed the unexpected role of protagonist. This is not the result of any distinct ability, but is merely the reflected light of President of the Republic, Sergio Mattarella, who – due to the crisis of the Italian political system – has once again stepped forward as the guardian of capitalist stability.

The crisis of the M5S is not over, however. From an anti-establishment party, that wished "to open the parliament like a can of tuna", it wants to become, as Di Maio has proudly stated, "the party of stability". This turn is being pushed by the founder of the movement, Beppe Grillo, who is taking his creature back into his own hands. It's likely this turn will provoke new crises and splits in the M5S, both on the left and the right, given the petty-bourgeois nature of the movement. 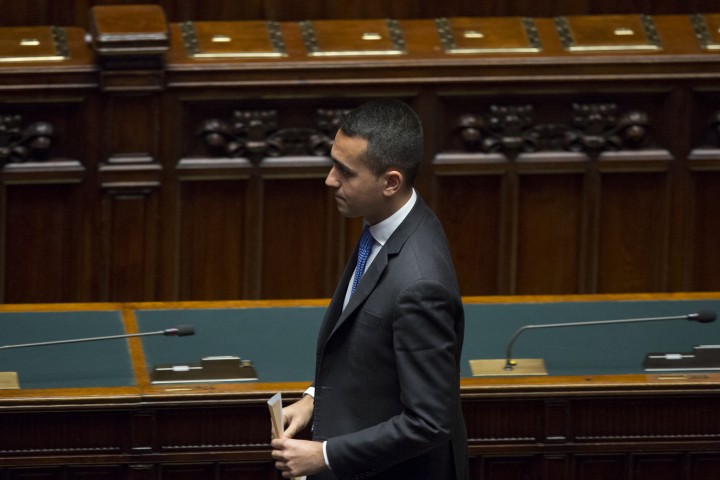 From a party of protest, M5S is now proclaiming itself the "party of stability" / Image: Flickr, Camera dei deputati

Meanwhile, Renzi’s star is rising again in the Democratic Party. Via his control over the Democratic Party’s parliamentary groups, Renzi has forced the party’s general secretary Zingaretti to fall behind the agreement with M5S. But the unity reached amongst the Democrats is temporary and linked to the (unlikely) future successes of this government.

On the left, many breathed a sigh of relief after Salvini and the League left the government. That is a predictable reaction given the level of disgust at the racist and repressive measures of the former Home Minister and the disruption of what seemed an unstoppable rise. However, we believe that the sighs of relief from large sectors of workers and the youth will soon give way to disillusionment towards the Conte 2.0 government. Far from stopping Salvini, the ‘yellow-red executive’ (as it has been called by the media) allows him to consolidate his position by remaining in opposition, with the prospect of a landslide victory in the next elections. Furthermore, Salvini has now emerged as the uncontested leader of the right wing. Forza Italia, Silvio Berlusconi's party, is in freefall and several of its leaders and MPs are abandoning the party. In the latest development, Giovanni Toti, the governor of Liguria, has formed a new, Lega-oriented party, stealing 4 MPs from Forza Italia.

It is puzzling to see how many left-wing "intellectuals", who were only yesterday warning about "fascism at the gates of Italy”, have made a complete about-face and are now proclaiming that this parliamentary coup (carried out by the prime minister himself!) has resulted in the "most left-wing government in the history of Italy". There was no fascism at the gates before, and we do not have a progressive government, or a government of political change, now.

Cuts on the way

In its programme, the new government is trying to portray itself as a friend of the workers. It promises a minimum wage, more concessions in the national bargaining agreements and a new law on trade union representation (reaching out to the trade union leadership). In reality, the government promises everyone a bit of everything, but each promise will need to be realised "without putting at risk the public finance equilibrium". The Conte 2.0 government stands for the reduction of the tax burden on workers' wages, but the few extra euros that a worker (might) find in his pocket will be immediately taken back by the "spending review" – put more accurately, by cuts in social spending. There has been no mention of the abolition of the Jobs Act, nor of all the other laws that have heavily casualised the job market.

The harsh reality is that in the next budget, the government must find 27 billion euros just to avoid the automatic increase at 25 percent of VAT. To understand where they'll find this amount of money, it's useful to look at the biographies of the new ministers.

The Minister of the Economy and Finances is Roberto Gualtieri. He is the former president of the EU Commission on economic and monetary issues, and was among the promoters of a balanced budget in the European Constitutions. It is no accident that Christine Lagarde, future president of the ECB (and former director of the IMF) suggested his nomination, saying that he would be "good for Europe and Italy". 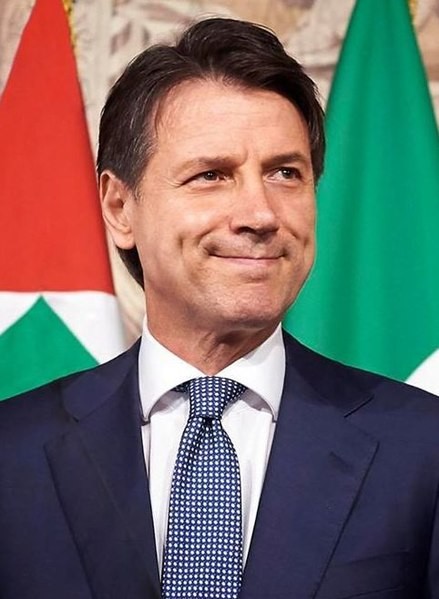 There's no doubt that, in the given conditions, this is the best government for the European Union. The Democratic Party, the main point of reference for finance and capital, has occupied all the key positions in the relationship with Europe, confirmed by the nomination of Gentiloni (a former Italian prime minister) as economic affairs commissioner in Brussels.

Rome wants to be in the best position to start a negotiation with the EU, seeking to obtain more flexible margins on spending. Lagarde has already explained that these margins will be permitted for whoever has their numbers straight, while countries who can’t balance their books won't be able to exempt themselves to operate "structural reforms". Among these is Italy, which has been in economic stagnation from 14 months, and with a debt equivalent to 134 percent of GDP.

There is much celebration at the Interior Ministry because a "competent" minister has finally arrived in the form of the prefect Luciana Lamorgese, who was the chief of staff for Angelino Alfano and Marco Minniti (both interior ministers in the PD governments from 2013 to 2018). She is a servant of the state and private property, who displayed these credentials while prefect of Milan by evicting immigrants from houses in front of the central station.

The new government has been clear: it will "revisit" the Second Security Decree of the former government, but not the other racist and repressive laws of the last 20 years. The crime of "clandestine immigration" won't be expunged, and immigrants will continue to die in the Mediterranean Sea and be exploited in the fields, as was the case even before Salvini. Only the style will change, from Salvini’s noisy diatribes to the grey bureaucratism of the former prefect.

The Democratic Party, through Paola De Micheli, also controls the powerful Ministry of Transport and Infrastructure. As a result, the Italian bosses have secured themselves the continuation of the flow of billions of euros into their accounts via state-funded infrastructure projects.

Liberi e Uguali (Leu, Free and Equal, the only left-wing party represented in parliament, with Roberto Speranza as Minister of Health) is totally imbued with the logic of the "lesser evil". The new government is proposing a "differentiated autonomy", albeit one that is "just and cooperative". This means that the regions will be allowed to collect additional tax revenue. The concrete result will be a widening of the gap between north and south of Italy. Speranza will put his seal on further destruction of national health service. Does anyone still doubt the total subordination of today’s left, as represented in parliament, to the interests of the bourgeoisie? 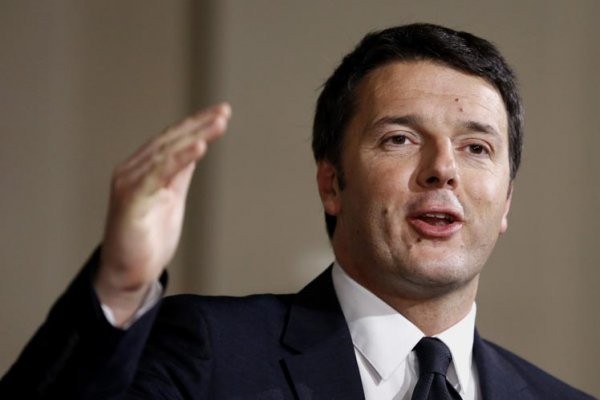 The so-called lefts defend their actions by saying there is "no alternative". This is false, the alternative is class struggle! / Image: Anticapitalistes

To defend their treacherous behaviour, what remains of this so-called left commonly reply: "There was no alternative". This idea is indeed valid if one does not look beyond the halls of parliament. The alternative does exist, but in order to find it, one must adopt a class perspective.

A working-class point of view is notably absent in the debate, thanks also to the endorsement of the trade union leadership for the new government coalition. The illusions spread by the leadership of the CGIL are disarming the working-class movement. The workers are asked to stand with their arms folded as this government of bankers and technocrats (blessed by Trump, as well), carries out its first raft of reactionary acts and policies.

There can be no worker-friendly government in Italy today. The way to defend our interests is through class conflict, and by renewing the mobilitations that started last spring, especially amongst the youth: from Fridays for the Future to the anti-racist demos against Salvini. There is no doubt that these mobilitations will return. This government will have a very brief honeymoon.

A Workers’ Party is necessary for victory, and it is sorely lacking. This party can only be born by the struggle of the masses, but it needs a programme of class independence, for a socialist change of society, which needs to be the topic of the day for workers’ and youth movement. That is the alternative that Sinistra Classe Rivoluzione is striving towards.