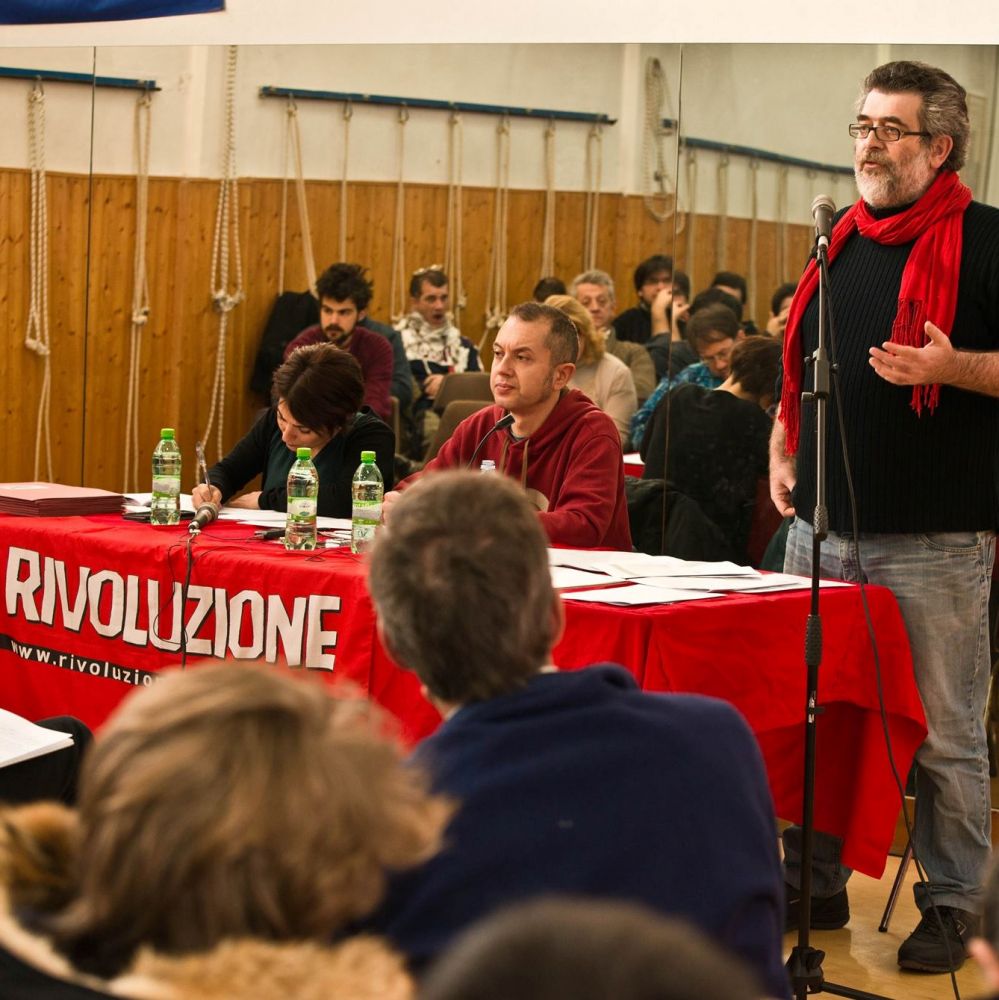 During a recent meeting of the International Marxist Tendency (IMT) in Italy, Alex Minoru of the Brazilian Marxist organisation Esquerda Marxista, interviewed Alessandro Giardiello, one of the leaders of Sinistra Classe Rivoluzione (Left, Class, Revolution), the Italian section of the IMT.

Alex Minoru - What was under discussion in the referendum held on December 4 and what are the reasons for the "No" victory in this referendum?

Alessandro Giardiello - What formally was at stake, in the referendum, were constitutional changes, fundamentally to revoke Senate powers. Italy has a bicameral system and the proposal was to have a Senate that was not elected by the people, but was chosen by the regional councils, that is, by the apparatuses of the parties. This proposal was presented by the government, because the bourgeoisie wanted to apply its program without having many filters. The changes proposed in the referendum were, in general, an attack on the constitution adopted after World War II, after the victory of the resistance against Nazi fascism.

However, the fundamental reason for such a massive response to "No", rather than changes in the Constitution, was the rage against the Matteo Renzi administration and its austerity policy: a phenomenon similar to what happened with "Brexit" in Britain. Both phenomena are expressions of popular discontent by the electoral route, rejecting the proposals defended by the rulers in the opportunities in which the masses were called to vote. Therefore, the meaning of the result was a "No" to this government, to its bourgeois policy, and to all that has represented the economic crisis and the brutal attacks against the workers.

What is worth mentioning is that the vote was particularly massive among young people. According to surveys, 82% of young people under 34 voted for "No". The participation was also massive among the proletariat. In all major cities, the "No" vote was higher in the working class neighbourhoods, as well as in the south of the country, the region most affected by the crisis in recent years.

A.M. - Following the disclosure of the result, Prime Minister Matteo Renzi resigned. What has changed in the political situation in Italy after the referendum?

A.G. - Renzi had to resign because the result was very clear: 60% of the votes against the government. He himself declared that he did not think the masses hated him so much. We (Sinistra Classe Rivoluzione), presented to the workers' movement and the left the proposal that demonstrations against the Democratic Party be called to prevent the formation of a new government. The proposal was rejected by the reformist leadership and, in the end, the institutional maneuver of Sergio Marttarella (the president of the republic) managed to rebuild another government that does not have Renzi ahead. Paolo Gentiloni is the new prime minister, but it is a form of "renzismo" without Renzi. A government which is exactly the same, made up of ministers directly controlled by the Democratic Party and Renzi. The far right has taken advantage of the void left by the left and has called for mobilizations against the government and for early elections.

In the current context, the bourgeoisie wants to avoid new elections and, therefore, will try to use bureaucratic maneuvers to delay the elections until 2018, which is the limit to convene the general elections in the country.

A.M. - How has the international economic crisis hit the Italian workers?

A.G. - The crisis in Italy has been particularly hard. It is estimated that 90% of the population has suffered economic losses. Across Europe, this number is on average 70%. Since the beginning of the crisis, in 2008, there was a loss of 27% of production capacity. That is to say that ¼ of industries were destroyed, with consequent closure of jobs.

One of the attacks on labor rights was the suppression of Article 18 of the Workers' Statute, which prevented free dismissal. That had been a conquest of the 1970's, of the movement that became known as "hot autumn" (autunno caldo). There are also ongoing attacks on welfare and the raising of taxes on workers. That is, what has been applied and continues to develop is a policy of permanent attacks on the rights and conquests of the youth and the working class.

A.M. - How has this situation been expressed in unions and political parties?

A.G. - The unions, in the main, carry out a policy contrary to the interests of the workers they should represent. When the government was already in crisis, the unions did not call for mobilizations and strikes to defend labor rights. On the contrary, they made agreements with the government, accepting the attacks. The same happened with the leaders of the engineering workers union FIOM, who were once considered the most left-wing leaders, but who in the last period have gone to the right, up to the point where they have signed an agreement that, for the first time, does not have a fixed wage increase, but a wage increase  linked to the growth of the economy, which means, in the current situation, the lowering of wages. The FIOM leadership also accepted different setbacks it had never accepted before in its history, including withdrawal of workers' union rights.

On the parties, fundamentally there are three blocks. One composed by the Democratic Party, which more directly represents the interests of the bourgeoisie, despite the fact that this party has its origin in the old Communist Party. There is also the right-wing bloc, made up of a less extremist sector led by Berlusconi, and the Northern League, which has a parallel in France's Marine Le Pen. It has an aggressive and demagogic attitude against the Euro to try to win support among the masses who are completely unhappy with the policy pursued by the leaders who present themselves as the Left. Finally, the Five Star Movement has appeared, which has no mass roots, is a new movement, has a populist character, alternating progressive with reactionary slogans, but that has provided a channel of expression to accumulated anger in the absence of a workers party.

In addition to these three main blocks, there is the reformist left, which has between 2% and 3% support, having a political line absolutely subordinate to the Democratic Party, and is composed of the worst bureaucratic sectors, responsible for several attacks on workers of the former Prodi government. This reformist left is composed of the Italian Left (Sinistra Italiana), which originated from the old Left party, and Ecology and Freedom (SEL), which is dissolving into the Italian Left and split-offs of the Democratic Party. The remains of the Communist Refoundation (RC) are also joining this front. RC is a party that played an important role in the 90s, reaching 100,000 members and an important influence in the labor movement, but this party was destroyed by its participation in the Prodi government of 2006 to 2008, and now has no more than 5,000 members in the country.

A.M. - Finally, what message would you like to send to revolutionaries in Brazil?

A.G. - We have followed the struggle of Brazilian youth and workers against the government of Michel Temer. The fighting stance of the Esquerda Marxista and Liberdade e Luta in Brazil is an inspiration to us. We know that the Brazilian working class has great traditions of struggle, and that it built a great leftist party in the struggle against the dictatorship, the PT. But, as with the old leftist parties in Italy, the PT has been one of the protagonists of the attacks on the rights and conquests of the youth and workers. What is happening in Brazil confirms our general view that an international movement is being prepared against capitalist measures and for a socialist way forward. I would like to send greetings our brothers and sisters, our comrades in Brazil. To victory, always!