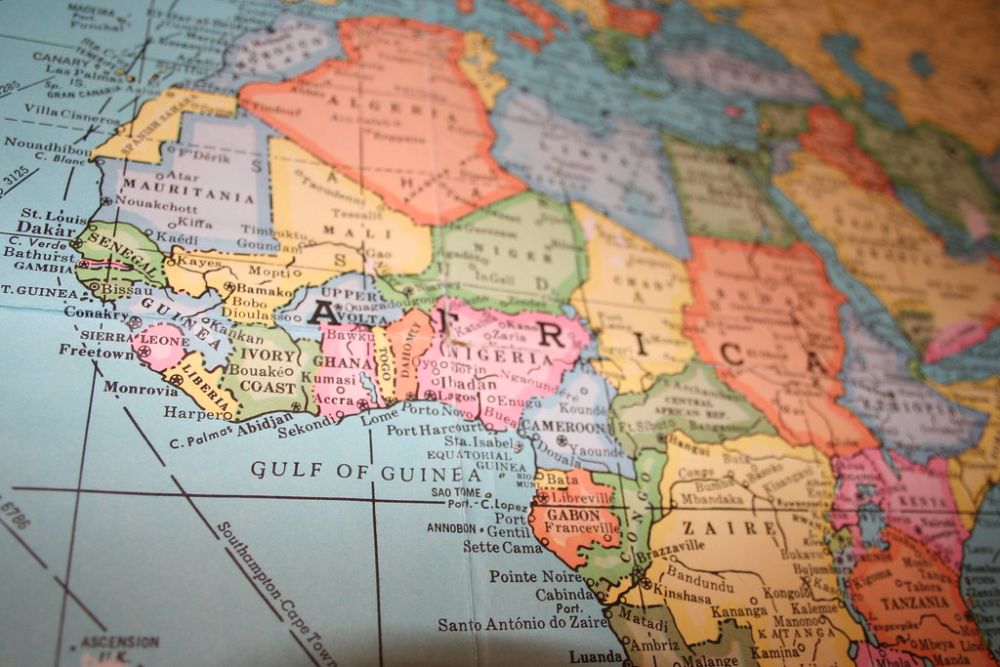 This article, by Ted Grant, deals with the refugee crisis in Central Africa at the end of 1996, when Belgium and French imperialists were demanding military intervention in the area for 'humanitarian purposes'.

The recent threat of the main G7 imperialist powers to intervene in Zaire "in order to protect refugees" highlights the growing crisis in central Africa.

It was pure hypocrisy. The "protection of refugees" was simply a cover to hide the real intentions: to maintain imperialism's grip on the rich natural resources of the region. However, Western military intervention has been dealt a serious blow by the successes of the Zairean opposition forces in defeating the Rwandan Hutu militias and allowing the mass return of refugees to Rwanda. The pretext for sending imperialist troops to the region has been removed - temporarily.

The bulk of the problems facing the peoples of Central Africa, particularly in Zaire, Rwanda and Burundi, originated through the policy of the former colonial power, Belgium imperialism, which deliberately played off the Tutsis against the Hutus, and granted the Tutsi minority the top administrative posts. Previously, various nationalities lived together and intermarried. It was a classic case of divide and rule, leading to the present devastating conflict. However, Belgian support for the powerful Tutsi minority waned in the 1950s when the Rwandan National Union pressed for independence. The Belgian government set up the Party of the Movement for the Emancipation of the Bahutu, sparking communal strife. In 1959 there was a war in which the Hutus drove out the Tutsis, and Rwanda declared a Hutu republic in 1962. A parallel situation developed in Burundi where the Hutus were suppressed. The Tutsis in Burundi attacked Rwanda in 1963. This resulted in 250,000 refugees, mostly Tutsi, living in Uganda, Zaire and Burundi.

A major part of the refugee problem in eastern Zaire came about when France intervened in Rwanda in 1990 and 1993 to prop up the Hutu government of Juvenal Habyarimana, and finally in 1994 to create so-called "safe havens". Then, the mainly-Tutsi opposition Rwandan Patriotic Front invaded Rwanda and routed government troops and its allied Interahamwe militias, which had engaged in genocide and the murder of more than 500,000 Tutsis.

The success of the opposition forces forced the Interahamwe to flee. This, in turn, resulted in the domination of the army and the militias over the one million refugees, who were forced to flee to Zaire. The Interahamwe dominated the camps and even the food rationing supplied by the international aid agencies. They launched attacks into Rwanda and prevented the return of refugees on pain of death. The Interahamwe's subsequent defeat by the Patriotic Front, freed the refugees to return to Rwanda.

In the 1950s the Belgian imperialists, through the United Nations, moved against independence leader Patrice Lumumba, who was betrayed and murdered by troops under the command of Mobutu - trained and educated by the Belgian regime. Mobutu came to power, backed by imperialism. His authoritarian regime bled the people dry, and Mobutu turned himself into a billionaire.

Now the chickens are coming home to roost. The opposition Patriotic Front wants to establish a more democratic regime in Zaire and has seized control of the eastern part of the country, with the support of the Tutsis, who have lived there for 200 years. The Mobutu regime had been trying to discriminate against them as "foreigners".

What motivates the imperialists, especially French imperialism, is the fear that the Mobutu regime, which is on its last legs, may collapse and open the road to possible revolutionary developments in Zaire, or even precipitate the break up of the country. This is not new. Apart from its intervention in Zaire in the 1960s, using its Moroccan surrogates, France intervened to safeguard Mobutu in 1977 and 1978. They did the same thing in Rwanda to protect the government during the first half of the 1990s.

The Patriotic Front has out manoeuvred the imperialists by attacking the refugee camps and forcing the Interahamwe to flee to the bush, so opening the way for the hundreds of thousands of refugees to return. However, this has not totally defused plans by the imperialists to intervene. France and Canada are still pushing hard for a full scale intervention. "Now is not the time to pause and reflect. We still have to have very direct action," stated Canadian Foreign minister Lloyd Axworthy. The United States and Britain, however, are having cold feet. Overseas minister Baroness Chalker, described the French plan as "daft".

Any foreign intervention would now meet with hostility and even military opposition. This was made clear by both Rwanda and Laurent Kabila, leader of the Alliance of Democratic Forces for the Liberation of Congo-Zaire. The Canadian advance force had difficulty getting out of Rwanda's capital, Kigali due to the opposition of the government.

The dis-United Nations has played the same baneful role as always. It represents the interests of the imperialists in Africa, Asia and Latin America. The strategic, economic and political considerations are prime. The very last considerations would be the needs and interests of the peoples involved. Britain and the US have pulled back from military intervention, putting pressure on France to do the same. However, it is not excluded that they may intervene again if civil war breaks out in Zaire - in order to protect the economic interests of world imperialism, particularly the enormous natural resources of this huge area. They will want to prop up the same interests as Mobutu represented.

The United States and the other imperialists have been converted to "democracy" in the ex-colonial areas of the world because they find such regimes much more reliable that the dictators that they supported previously. That is why they wanted to abandon Mobutu if they could, and why they came out for elections in Zaire (which were rigged in any case). They made a ghastly mess in Zaire, Rwanda, Burundi and elsewhere in Africa. This is not due to the innate qualities of the Blacks (which was the imperialist's old argument), but the class interests involved. The imperialists interest in the so-called Third World is to bleed these countries economically through adverse terms of trade, where these countries' commodities are sold below their value, while those from the West are sold at high rates. Thus impoverishing these countries and peoples.

Even if "democracy" is established, it will suffer the same fate as all those "democracies" in Africa - all of which were run in effect by one-party states. There is no solution on a capitalist basis. In the long term, on the establishment of a Socialist Federation of Africa, linked to a federation of European socialist states could offer a real way forward. In the immediate period, the Labour movement should argue for the right of self-determination and allow the peoples to decide their own future without outside military intervention from imperialism. This is a principle. Despite all the hypocrisy about humanitarian intervention, what decides the policies of the imperialist powers is the interests of capital. That means that the Labour movement in the West must have a clear idea that the enemy of these countries is the same enemy they face at home - capitalism and imperialism. Only with that understanding can the movement see through the hypocrisy of imperialism and lay the basis for the real emancipation of the peoples of the third world.