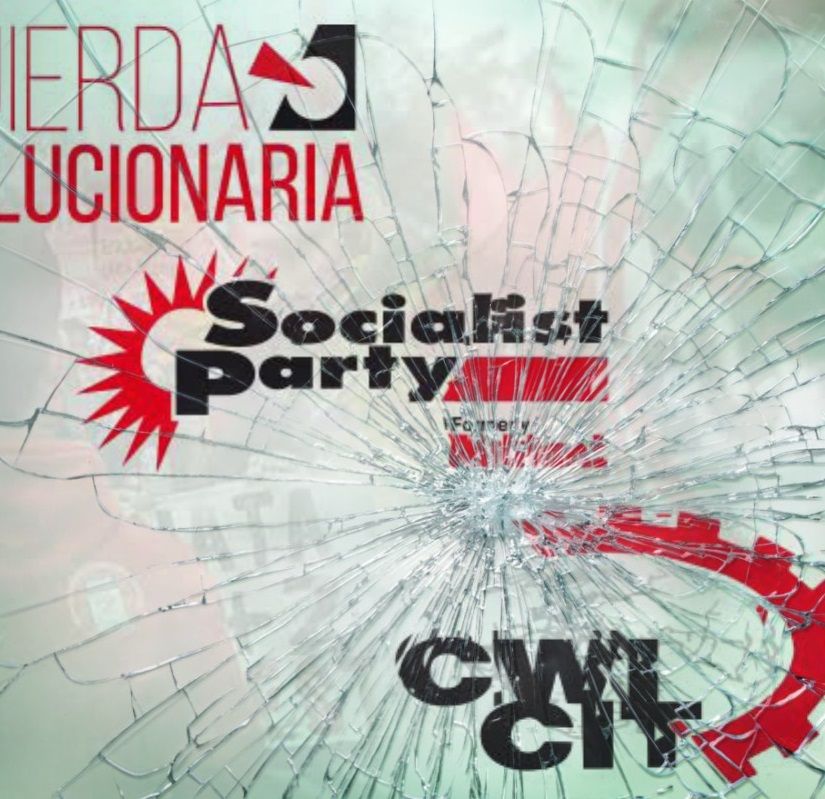 Last week, the representatives of the Spanish and Portuguese sections of the Committee for a Workers' International (CWI) walked out of a meeting of Peter Taaffe’s faction within that organisation. They then announced they "would recommend to the Spanish EC and CC that they leave the Faction. [Spanish section general secretary, Juan Ignacio Ramos] also stated that this would mean it would make no sense to remain in the CWI."

As we have reported before, there is a very serious faction fight going on in the Committee for a Workers’ International, one that has seen the grouping around its main leader, Peter Taaffe, become a minority at the meeting of the International Executive Committee at the end of last year.

Taaffe has formed his own faction within the CWI. Now that faction has been rocked by the splitting away of the Spanish section. In walking out of the meeting in London, Juan Ignacio argued that:

"[I]mportant differences emerged in relation to socialist and political consciousness, the consequences of the collapse of the former Stalinist states and the analysis we have had on Venezuela and some other issues which JIR stated were fundamental questions.”

According to the faction statement, “during his intervention JIR argued that these questions had not been sufficiently discussed during the process of unification and that the comrades had been ‘deceived.’”

From “principled unification” to acrimonious split

Let us remember that, in 2017, the Izquierda Revolucionaria organisation announced its fusion with the CWI. At that time, the CWI proudly announced that "this process towards unification with IR can certainly act as a magnet to other revolutionary workers’ groups and organisations across the globe to enter into similar discussion, which the CWI will be appealing for, as part of the vital and urgent development of the forces of Trotskyism internationally."

The actual unification congress in July 2017 in Barcelona was announced in glowing terms: "CWI/IR unification: An historic strengthening of the forces of Marxism". The article went on to explain in detail "the political and programmatic basis upon which this principled unification has been carried out."

Even at that time, the fusion created problems for Juan Ignacio’s Izquierda Revolucionaria. In Mexico, the section of the IR, which had 12 members at the time, split down the middle, as the process had been secretive and rushed and members had not been properly informed. That also caused problems in the CWI and IR sections in Venezuela, with members leaving on both sides over a period of time, to the point where the CWI has now ceased to function in the country.

Izquierda Revolucionaria is a group that split away from the International Marxist Tendency in 2009. At that time, the IMT had attempted to raise a number of comradely criticisms of some aspects of the work of the Spanish section, which at the time was called El Militante. We argued that there were sectarian features in the section’s approach to the work, and also criticised bureaucratic aspects of its internal functioning.

The leadership of the Spanish section around Juan Ignacio did not take this well. After a short debate in Spain it was agreed to take the issues to the whole of the IMT, where both sides would have equal time to put forward their points of view. But the majority of the leadership of El Militante was not interested in a debate. They had a secret meeting of their supporters and decided to split without ever convening a formal conference of the section. Those comrades who had not voted with the majority of the leadership were expelled without an explanation. Locks were changed in the offices, comrades were removed from mailing lists, no longer invited to branch meetings, etc. This included all those who had abstained during the debate. In the process, the Juan Ignacio leadership split the Mexican and Venezuelan sections so that he could present a semblance of having an international organisation. 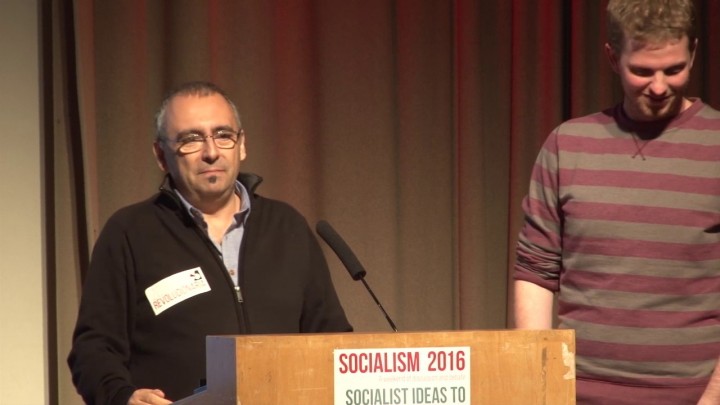 Juan Ignacio Ramos says he was "deceived" during the unification with the CWI / Image: fair use

It seems there is a pattern here. The leadership of this group is not interested in political debates, and when they sense a discussion will not go their way, they take their toys and walk out of the playground.

At the time of the unification between IR and the CWI, we pointed out that the motivations of prestige, and the need to show some success on both sides, pushed them towards fusion. Also, both organisations shared certain political traits (as we listed: "sectarianism, self-proclamation, contempt for theory, and, as a result bureaucratic, internal methods"). This was not a sound basis for unification, as we can now see.

How can a unification that took place less than two years ago, and which at the time was presented as based on a principled discussion of the issues involved, now result in a split in which Juan Ignacio claims deception, that “these questions had not been sufficiently discussed during the process of unification” and that there are “fundamental political differences”? Have these differences only emerged in the last few months? We can doubt it. As for Juan Ignacio being “deceived” during the fusion process, we can certainly discard this outright. You can say many things about Juan Ignacio, but he is certainly no fool.

At the same time, the “Trotskyist Faction” argues that the Spanish section represents “a sectarian ultra-left trend”. Did they only realise this now? More likely, these differences have now been forced into the equation in order to justify the split. Members of the IR and the CWI have the right to ask whether they were being deceived at the time or they are being deceived now.

A blow to both sides

The walk-out is a serious blow to Peter Taaffe and his minority faction, as it deprives them of the support of four "sections" (Spain, Portugal, Venezuela and Mexico) as well as losing a lot of face. Remember that, at the IEC, 11 sections voted with Taaffe’s faction versus 14 against.

For Juan Ignacio and the IR, this is also a blow, as they made a lot of the fusion with the CWI, which Juan Ignacio described as "an historic re-encounter" and a "retying the knot of the common history that unites us", as well as stressing the "agreement on ideas, methods and traditions" (see this video).

Less than two years later, this is the balance sheet: their group in Venezuela has been destroyed, and the group in Mexico split, which certainly does not compensate for having won a small group in Portugal. Juan Ignacio is left where he started: without an international organisation, but in firm control of his own little operation.

This is not the end of the troubles in the CWI or the IR. We appeal to all thinking comrades to analyse and study their own experience and try to draw the necessary conclusion. A revolutionary organisation cannot be built on the basis of looking for short-cuts, taking positions where you have not built the necessary base, watering down your programme in order to conduct “mass work”, nor by sectarian self-proclamation. What is needed is cadre education, patient work to sink roots in the labour movement and a serious and firm approach to theory.

Addendum: marry in haste and repent at leisure… a cautionary tale

By our very special correspondent

It was billed as the wedding of the year. Everything was prepared. The hall was booked. The mass media were informed. The guests were all invited. Finally, the nuptials were celebrated in Barcelona with great pomp and ceremony. All that was missing was the municipal band, fireworks and a choir singing the Hallelujah chorus.

Peter Taaffe, who had long been denied a Spanish section, was reported to be in a state of ecstasy. He was heard to remark that it was like his birthday and Christmas had arrived at the same time.

Juan Ignacio Ramos blushed with pleasure. He had just escaped from a horrid relationship that he characterised as a “Cult of Personality”. He was sure that there could be absolutely no danger of any such thing in his new relationship, for the simple reason that, in order to have a Cult of Personality, it was first necessary to possess a personality.

They promised to remain forever, until death did them part. It would be the everlasting union that would inspire the World Proletariat in its entirety, a solid and reliable Union that would guarantee a happy future for all Humankind… which lasted a grand total of one year, eight months, one week and half a day. 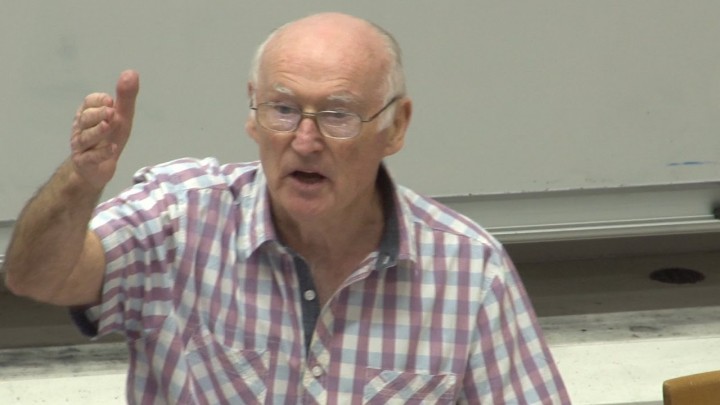 How could it all end like this? Thanks to the services of a courageous whistle-blower who happened to be present, we are now in a position to reveal the shocking truth.

It all happened last week…

In a dramatic scene that puts all of Shakespeare, Lope de Vega and Game of Thrones entirely in the shade, the poor man who was just about to answer JIR’s long list of charges, was just getting started when JIR stood up in the middle of the meeting and, like a regimental sergeant-major, led his cohorts through the door, loudly proclaiming: “I have been deceived!”

The unfortunate speaker, obviously unaccustomed as he was to such dramatic, Spanish exits, was left literally with his mouth open. All of which provides striking confirmation of the old proverb: “Hell hath no fury like an ultra-left sectarian scorned.”

The very next day, the indomitable JIR, who, whatever his faults, can never be accused of honesty, consistency or a false sense of shame, calmly informed the World Proletariat (or anybody that was listening) that his principled fusion of one-and-a-bit years ago, had now become miraculously transformed into a principled split.

Make whatever sense of that you can.

Now, before you are inclined to pronounce a hasty and possibly harsh verdict of this unfortunate divorce, we can now reveal that neither party was really to blame, since both are suffering from a serious and invariably fatal sickness, for which no cure is known to medical science.

The medical name of this dreaded malady is malitate tremens salva dignitate, or in plain English: prestige politics. It occurs when a person or persons puts his/her/their personal prestige and ego above all other considerations.

Such a disease is invariably fatal, both for the individual inflicted by it and the organisation that he/she/they lead(s).

The common symptoms for this ghastly complaint are: an abnormally swollen head, delusions of grandeur (insistence on being addressed as The General Secretary, Napoleon Bonaparte or Big Chief Rain-in-the-Face), an unusual and unhealthy obsession with winning, especially at football, a morbid fear of rivals, which eventually becomes a phobia, together with chronic hypochondria and unfounded suspicions towards other people, especially those who betray signs of intelligence or independent thinking.

These symptoms, which in the end manifest themselves as extreme paranoia, can produce panic attacks, fits of stammering, illogical and uncontrollable rage, resulting in a) sudden walkouts, b) waves of expulsions, c) splits, (from small to massive on the Richter scale), d) biting people, and finally, e) crisis, decline and destruction of organisations.

With the exception of (d) – a somewhat rare symptom, found only in the most extreme cases – all the others are clearly to be observed in the present instance, from which we deduce that we are indeed in the presence of two extreme cases of malitate tremens salva dignitate.

The most serious outcome is reserved for cases where two leaders are both suffering from the same complaint. The laws of physics inform us that two such egos cannot occupy the same space without producing a nuclear explosion, with catastrophic results, ending in mutually assured destruction (MAD).

With regret, we must conclude from all the available evidence, that the nuclear option is now the only credible prognosis in this case.

And finally, the moral of this sad story is: if you’re going to jump into bed with someone, look before you leap.