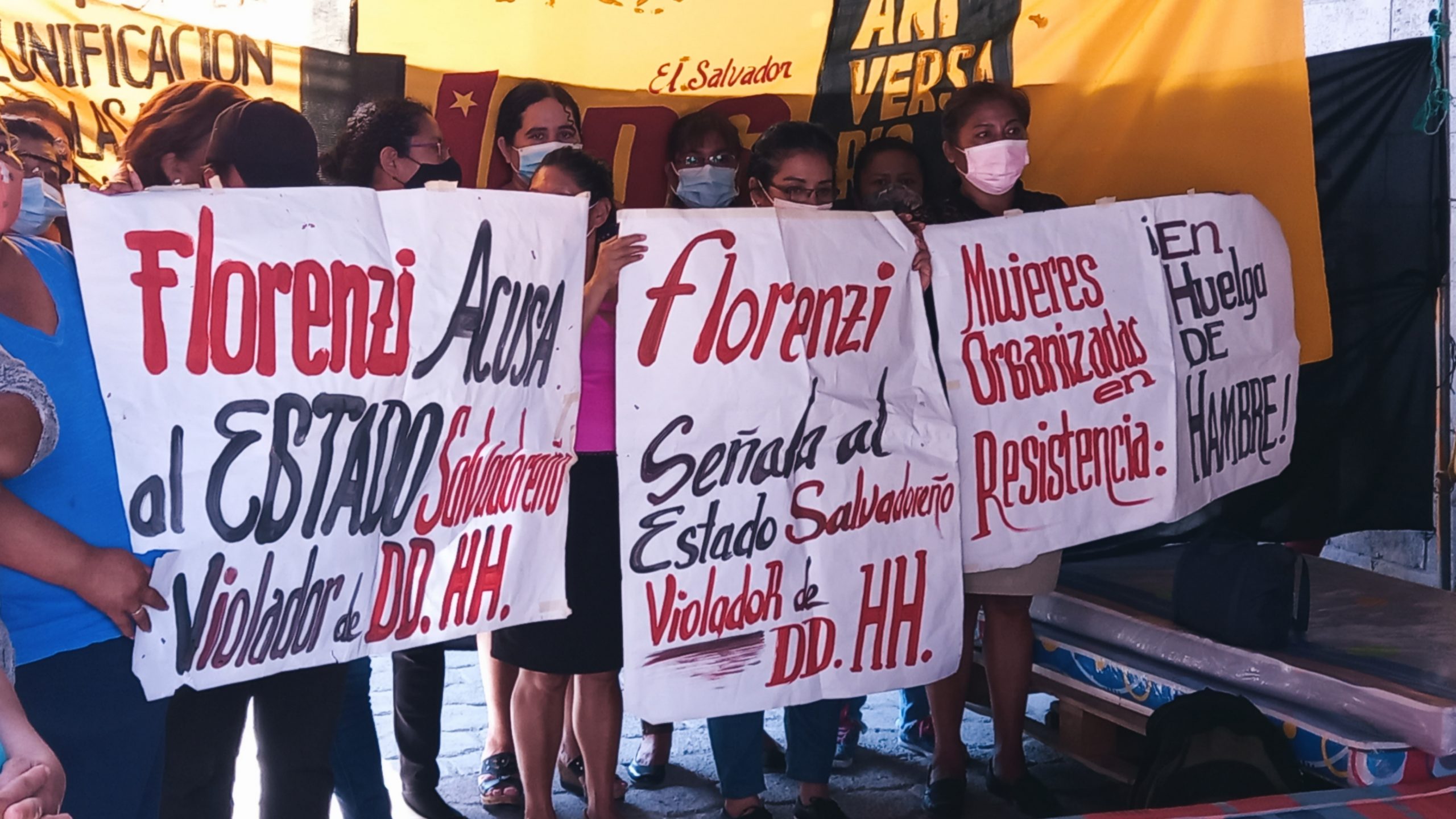 Workers of Florenzi Industries in El Salvador are battling their bosses and the state institutions over factory closures and non-payment of wages. Send your support to redaccionmilitantebpj@gmail.com and post declarations of solidarity on social media with the hashtag #SolidaridadObrerasFlorenzi, along with images and videos.

On 16 March 2020, a national lockdown was decreed in El Salvador, which meant wage reductions, non-compliance with social security payments and even complete closures of some factories. This was the case for Florenzi Industries, owned by Sergio López, who sent his entire workforce home for the lockdown (more than 200 workers). These workers were not paid for the months of March, April, May and June. On 1 July, they were laid off and the company shut down all operations, owing compensation and wages to the tune of half a million dollars, according to the workers.

On 17 July, the workers took over the factory as a guarantee, in view of the employers’ debt to them. While the legal process was ongoing in the ministries and courts, the workers occupied the main gate of the factory for more than six months, without any ministry or court ruling in their favour to date. This demonstrates that bourgeois institutionality is designed to benefit the bosses, thus subjecting the workers to misery, precariousness and disease. Until today, the workers have managed to survive this whole time simply on working-class solidarity, which demonstrates the ties that exist between the oppressed classes, and that are expressed in the most trying moments of the class struggle.

The struggle has exhausted all legal avenues, and the workers’ demands have run into bureaucratic obstacles from the state. The atmosphere among the workers is already quite delicate and they face the added pressure of harassment from the banks and the landlords. Some of the workers can no longer get another job due to chronic diseases, the high levels of unemployment in the country and their advanced age (some have worked in this company since 1985).

The workers on hunger strike

Faced with this desperate situation and without having any other legal options, on 8 January, four workers (three women and one man) began a hunger strike, which on 19 January completed 12 days of struggle, without receiving any response from the authorities.

The struggle of the Florenzi workers expresses the failure and demagoguery of the Nayib Bukele government, by not only abandoning but also attacking the workers' struggle. Distorting reality through his labour minister Rolando Castro, the government accused the women on social media of being run by the opposition: a reactionary and shameless act.

On the other hand, the struggle of the workers expresses the reactionary character of the institutions and the legal framework of the bourgeois state, which for over six months has subjected the workers to miserable conditions, while protecting the interests of the exploiter: this is the true face of the capitalist system, of its institutions and its laws, a system tailored towards the powerful capitalists.

Youth organisations, feminists and trade unions are mobilising in support. Unfortunately, a good part of the trade unions are paid off by the Bukele government and they have not commented on the struggle. Some of these union leaders even advised the comrades to abandon their struggle, warning that it was not worth it, and that it was doomed to failure.

The Salvadoran Trade Union Coordinator has maintained uninterrupted and militant support for the comrades' struggle, since long before this particular battle started. On the other hand, the parliamentary left represented in the FMLN makes lukewarm demands in the Legislative Assembly, blindly trusting the institutions and bourgeois legality, without mobilising solidarity nor an extra-parliamentary struggle.

As the Bloque Popular Juvenil/International Marxist Tendency, we have been in solidarity with the struggle of the Florenzi workers since July of last year, spreading the message of the comrades, writing about their struggle and connecting it with as many trade unions and organisations as possible at the national and Central American level. In each assembly, activity and meeting between networks of organisations we have agitated for solidarity and denounced the violations of the labour rights of the Florenzi workers, revealing the hypocrisy of the system and its laws and institutions, and we will continue to do so incessantly until we achieve a victory for the workers.

Fortunately, the Florenzi workers are not alone in their struggle and have huge reserves of support among many young people, trade unionists and workers, not only at the national level, but also at the international level: workers' solidarity is spreading more and more all over the world.

Faced with the current crisis of capitalism, where many companies are expected to cease operations, the example of the Florenzi workers shows the path of resistance and workers' struggle. We have to raise the slogan: "Factory Closed, Factory Occupied!" The workers of the companies that are being laid off must avoid at all costs the elimination of jobs, in the face of any threat of closures. The expropriation and nationalisation under control of the workers of the company must be demanded and these struggles extended into an ever-growing network of factories occupied under workers' control is the only way we can keep our jobs.

The victory or defeat of the Florenzi workers' struggle also depends on us and the final results of this struggle will positively or negatively affect all waged workers. Therefore, all revolutionary and progressive forces must guarantee their success, fighting and showing solidarity from wherever in the world we are.

Unity of the working class!

Expropriation and nationalisation under workers' control of the Florenzi industry!

Let us raise the flag of international workers solidarity!

How you can help:

Send your organisation's statements, videos or photographs to redaccionmilitantebpj@gmail.com

Spread declarations of solidarity, videos or pictures with the hashtag #SolidaridadObrerasFlorenzi