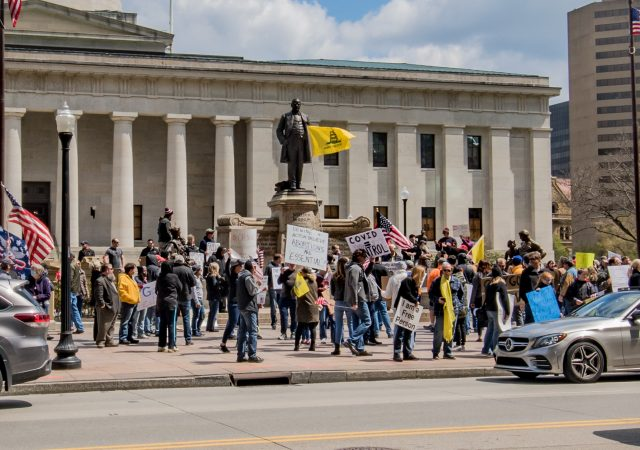 A string of right-wing protests against enforced social distancing and stay-at-home policies in Texas, Michigan, Virginia, Florida, Louisiana, and other states have received copious media attention in recent weeks. One particularly notable event was “operation gridlock” in Michigan, in which protestors got in their cars and deliberately blocked traffic—making it impossible for even ambulances to get through to respond to medical emergencies. Photographs and videos showed participants flying confederate flags, fascist insignias, and other reactionary symbols. Members of the semi-fascist Proud Boys gang were in attendance. The Michigan Conservative Coalition, which has close ties to figures in the Trump campaign, helped to organize the protest. This article was originally published on April 29.

Watch our interview with comrade Kazeem about the situation in Nigeria, where the coronavirus poses a catastrophic threat, and the perspective is one of explosive class struggle.
Video Featured Nigeria Coronavirus

With cases of the novel coronavirus continuing to rise and no plateau in sight, nurses in Massachusetts have found themselves fighting more than just the virus to keep themselves and their patients safe and healthy. Between...
United States Featured Coronavirus