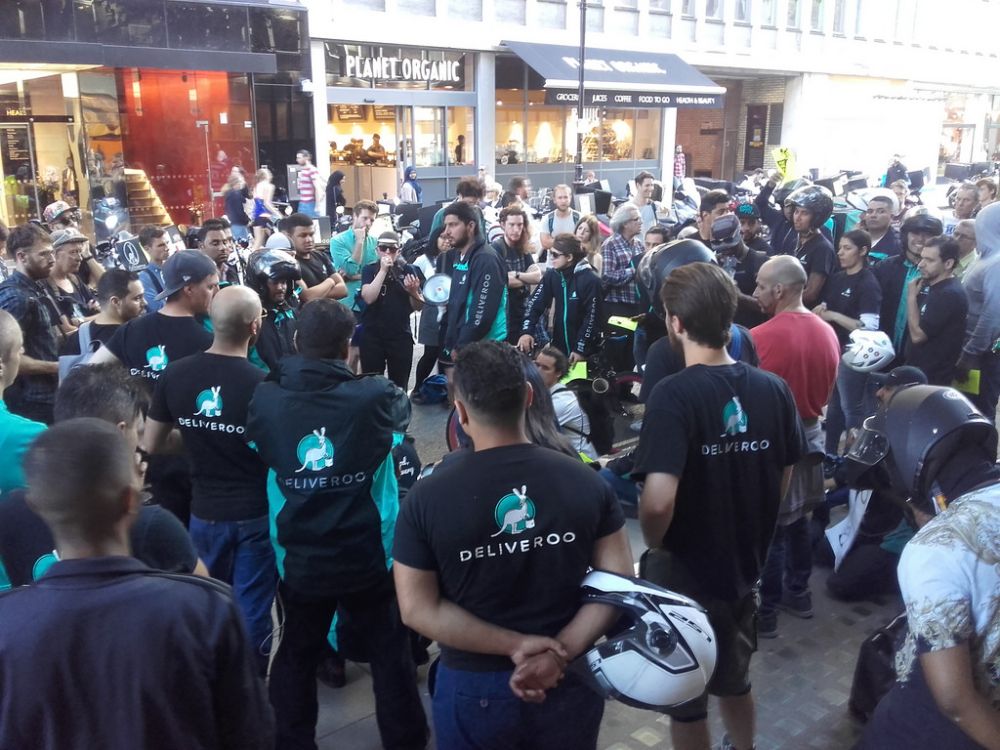 Workers in Britain have been under attack from the bosses and the Tory government for years. And yet many trade union leaders do not seem capable of fighting back. This is one of the reasons that unions last year experienced the biggest single drop in their membership since records began. Total union membership is now just 6.2 million workers, compared to 13.2 million in 1979.

This inability to lead a fight, despite the willingness of workers to take action – from Grangemouth in 2013, to the pension dispute at BMW in 2017 – has served to undermine the confidence of rank and file union activists.

With yet more casualisation, pay freezes and cuts, what will be the role of trade unions in the coming period? We can learn part of the answer to this question from the history of the working class movement of the 1880s.

After the Grangemouth debacle in 2013, the trade unions in Britain began to turn themselves into what were known as ‘New Model Unions’. The hallmarks of such unions were: high membership contributions; centralisation of control; and a class-collaborationist policy. 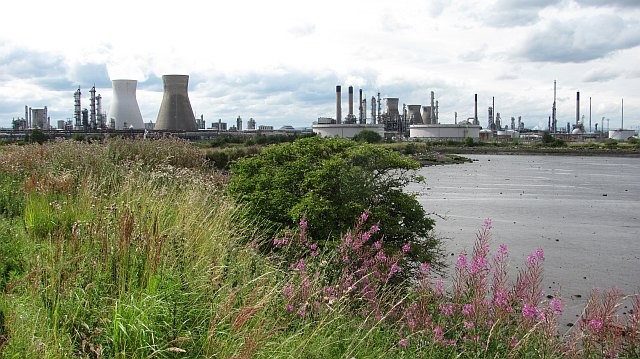 After Unite was humilitated at Grangemouth in 2013 labour unions started to transform themselves into toothless 'New Model Unions' / Image: Geograph

In contrast to the trade unions of the 1830s, which were ‘schools of war’ for the workers against the bosses, the people who led the New Model Unions were full-time officials. These leaders were more interested in winning piecemeal reforms for skilled workers, rather than waging class war on behalf of the mass of unskilled workers.

Today’s union leaders aren’t as bad as the ‘Junta’ who led the New Model Unions. One of the New Model leaders, William Allan, for example, told a Royal Commission: “We believe all strikes are a complete waste of money, not only in relation to the workers, but also to the employers.”

Nevertheless, most of today’s trade union leaders do seem to have an aversion to waging militant action in a serious way. Many have six-figure salaries, which distance them from the lives of ordinary workers. Indeed, figures like Paul Kenny, general secretary of the GMB union until 2015, have taken their search for ‘respectability’ to an extreme. In June 2015, Kenny accepted a knighthood from the Queen for ‘services to trade unions’. 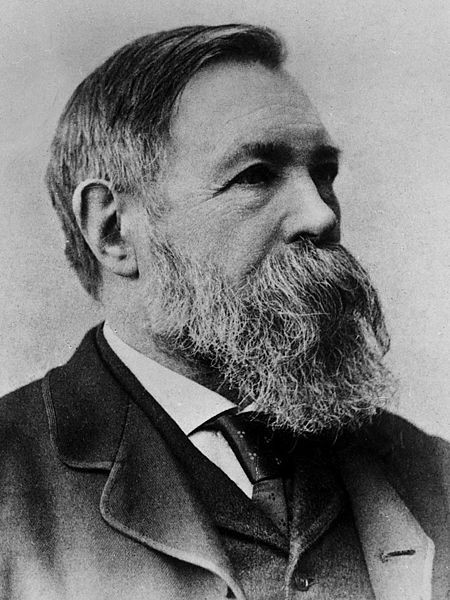 Engels' words on the industrial stagnation of Britain could have been written today / Image: public domain

By the 1880s, the power of British imperialism was being challenged by the USA and Germany in the industrial sphere. This was coupled with periodic and cyclical crises of capitalism. In 1885 Engels wrote:

"The crash of 1866 was, indeed, followed by a slight and short revival about 1873. We did not, indeed, pass through the full crisis at the time it was due, in 1877 or 1878; but we have had, ever since 1876, a chronic state of stagnation in all dominant branches of industry. Neither will the full crash come; nor will the period of longed-for prosperity to which we used to be entitled before and after it. A dull depression, a chronic glut of all markets for all trades, that is what we have been living in for nearly ten years."

Such a description of the British economy could apply today, only this time the economic crisis is coupled with Brexit instead of imperial rivalry. Under such conditions, all the pillars of the established order begin to crumble, along with everything that has adapted itself to them.

Putting the old guard to shame

It was during this period that a group of workers, trained and educated as Marxists in the Social Democratic Federation (SDF), left the SDF due to its aloofness from the trade union movement. They launched a campaign for ‘New Unionism’.

They didn’t try to set up an alternative to the existing trade union movement, but appealed to workers with radical rhetorical questions. "To Trade Unionists, I desire to make a special appeal", wrote Tom Mann in a pamphlet called What a Compulsory Eight-Hour Working Day Means to the Workers (1886). "How long will you be content with the present half-hearted policy of your unions? Readily grant that good work has been done in the past by the unions, but, in heaven's name, what good purpose are they serving now?" 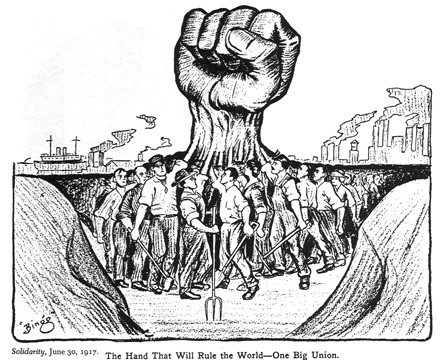 The hand that will rule the world / Image: public domain

These New Unionists battled it out with the ‘Old Guard’ on the floor of the TUC Congress. They organised workers in workplaces such as the Bryant and May factory in Bow, East London, the East London docks, and Beckton Gas Works in East Ham, East London.

This was a crucial feature of New Unionism. The East London matchgirls, gas workers, dockers, and other unskilled workers, were seen as ‘unorganisable’ by the labour aristocracy of the New Model Unions. Likewise, today, workers on zero-hour contracts and in precarious work are too often written off as ‘unorganisable’ by trade union leaders.

The New Unionists proved the ‘Old Guard’ wrong. Tom Mann, the organiser of the gas workers, stated that their victories “put older and larger trade unions to shame.”

For organisation and militancy

Today, the militancy of cleaners, kitchen staff and other precarious workers at the University of London, Harrods, Ferrari showrooms, Picturehouse cinemas and others, has led to struggles and victories which can also be said to put larger and traditional unions to shame.

As well as among dockers and gas workers, the movement of the 1880s saw new unions formed on the railways, in the mines, and in the printworks. Between 1889 and 1891, over 60 new Trades Councils were established throughout the country, drawing the various unions together on a town and city-wide basis. 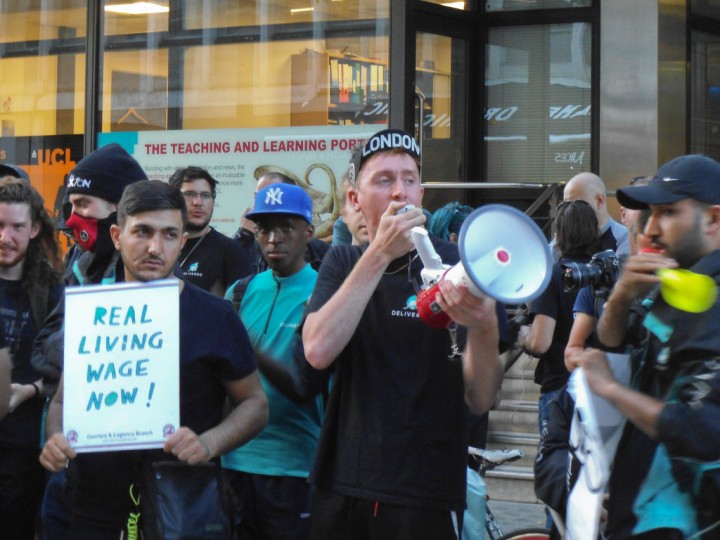 The potential for such an upsurge in the trade union movement also exists today. There are 7.1 million workers in precarious employment - more than the entire current membership of the UK trade unions. These workers - in sectors from the NHS, education, hospitality, the service industry etc - must be organised on the basis of a fighting programme with radical leaders, like the New Unionists of the 1880s.

The trade union movement has come a long way since the 1880s. Many of the unions that were formed out of the New Unionist movement still exist in one form or another today. Of all the current unions, the RMT is the one that has best preserved the militancy of that period. This means that we are starting from a higher point than New Unionists like Tom Mann and Eleanor Marx.

The Bakers’ Union has already begun organising McDonald’s workers, who staged their first ever strike in 2017. Unite has established Community Membership for the unemployed and those in precarious work.

These are steps in the right direction from the established trade unions. However there is a lot more that should and must be done. Conditions are ripe for a new New Unionism. We must re-transform today’s trade unions into schools of class war.