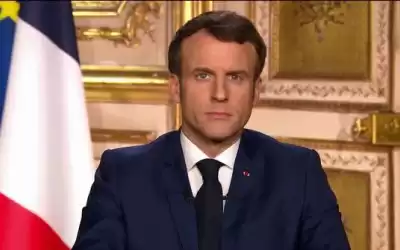 Macron’s latest speech has confirmed what we already knew: that his priority is not to save as many human lives as possible, but to safeguard the profits of the capitalists. The measures he announced during his speech on Monday are motivated solely by the defence of the material interests of the ruling class. The MEDEF (the bosses’ organisation) was surely satisfied.

Read the original in French here

The government’s objective is clear: to go as fast as possible towards a general restarting of economic activity, of the vast profit-generating machine. Of course, a large part of the population is also anxiously awaiting the lifting of lockdown measures, as they are suffering enormously from it. But the problem posed by Macron’s announcements is obvious; it’s the same problem that we have been facing since the beginning of the epidemic: there is generalised want, especially when it comes to staff, masks and tests.

We know that significant human and material resources would need to be mobilised in order to minimise the risks of lifting the lockdown. But on this point, Macron was very evasive. His vague promise to give us masks “for general public use” starting on 11 May sounds like a twisted joke that has gone on for too long. Deep down, he is implicitly suggesting that we make our own masks with a piece of cloth and a rubber band (the rich, on the other hand, will be able to get their “VIP” masks). Concerning tests, Macron’s announcements are also vague, which means there will be a painful lack (except for the rich, of course).

In short, the government is “preparing” for a chaotic end of lockdown, without adequate resources, and threatening to expose millions of workers and their families to the virus. How many will die because of this? Hundreds? Thousands? More? Little do Macron and the ruling class care. What they do care about is that the influx of sick people should not exceed by much the capacity of the hospitals, which would force them to take a step back: a new lockdown in the summer would clearly cut across the revival of the economy, which is the sacred objective of the bourgeoisie. To its eyes, workers’ health has no value in itself; it is only a quantitative variable in the equation of the profit motive. This has always been the case under capitalism, but it is becoming clear in an unprecedented and brutal way in the current crisis.

The government is banking on the number of infected people in hospital having decreased enough by 11 May that they can absorb a new influx. In other words, the government has settled on 11 May as the date when a “second wave” of the epidemic will start, the scale of which they are hoping to control, in order to keep it within limits compatible with the maximum amount of economic activity. Without saying so explicitly, Macron is thus adopting the strategy of “herd immunity.” Taking into account the dangerous nature of this virus, and the pitiful state of the healthcare system, this amounts to sacrificing the lives of thousands – maybe even tens of thousands – on the altar of profit. 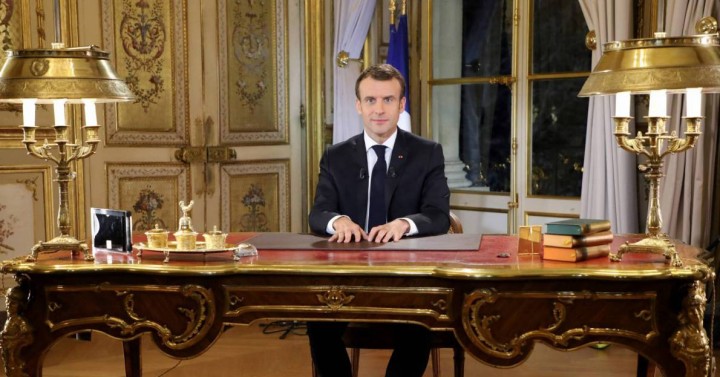 All Macron’s policies have done is exacerbate inequalities / Image: Révolution

Even from the cynical point of view of the ruling class, this is a very risky gamble. On the one hand, the scale of the second wave could go beyond what the government can control, and the “cure” would reveal itself to be worse than the disease, economically speaking. On the other hand, if the lockdown is lifted in a chaotic manner, this will strengthen the masses’ lack of trust in this government. Their mistrust of Macron will stimulate the class struggle, because many workers will not accept to follow the Pied Piper of the Elysée to the edge of the cliff – no matter how good he is at making vague promises, as we had the opportunity to see on Monday evening.

Already, many teachers are protesting against the announcement that schools will be reopened. They don’t want to be the vectors – and potentially the victims – of a second wave of the epidemic. Additionally, they have been putting up with the destruction of the national education system for many years and as such, they can sense better than anyone Macron’s monumental hypocrisy when he says: “the current situation is exacerbating inequalities. Too many children, particularly in working-class areas and in the countryside, are deprived of education because they don’t have access to digital tools and cannot be helped in the same way by their parents. In this period, housing inequalities and inequalities between families are even more pronounced. This is why our children must be able to return to class.”

Yes, lockdown reinforces inequalities, at every level. But to be precise, the decision to reopen nurseries and schools has nothing to do with fighting against educational or housing inequalities. All Macron’s policies have done, since 2017, is exacerbate these inequalities. His hypocrisy here turns to farce, for he is trying to hide what is obvious: if children “must be able to return to class” (and to the nursery), it is so that a maximum number of parents can return to work. Pretending to move onto a different subject, a few sentences later Macron explains: “On 11 May, it will also be a question of allowing as many people as possible to go back to work, restart our industry, sales and services. The government will prepare for these reopenings without delay, in consultation with our social partners, so that rules are established to protect workers in their workplaces. This is the priority.”

Note that the government’s “priority” is not to restart production at any cost – no : it’s to “protect workers.” If you have doubts about this, you can ask the workers in sales, or better yet in non-essential industries, who often work in deplorable health conditions. Ask hospital staff dressed in bin bags and expired masks. They will all tell you what the government’s “priority” is!

The workers must take things into their own hands!

The “social partners” will be consulted by the government, Macron tells us. We already know what these consultations are worth: the unions talk to a brick wall, while the bosses’ organisations dictate their will. It will not be different this time.

The situation is too serious for the unions to play along, yet again, with the farce of “negotiations” the outcomes of which have already been decided, under the diktats of the MEDEF. The trade unions have to turn towards the workers and mobilise them on the basis of an emergency programme worthy of the name.

The workers’ movement must not allow the ruling class to decide the methods, rhythm and means of ending the lockdown. The hunt for profit is incompatible with the implementation of necessary measures from a health point of view.

For example, many workers in non-essential sectors are not on lockdown and haven’t been since the beginning. Macron’s speech on Monday does not change anything for them, and they must still demand the closure of these companies (with full payment of wages), until the health conditions for their reopening are met.

Who should decide when and how these conditions are met? Those most concerned: the workers themselves, with their unions.

Which businesses are essential and which are not? This decision also has to be made by the workers and their mass organisations.

In order to guarantee the health conditions necessary to end the lockdown safely, all the necessary economic and human means must be mobilised. This means getting rid of the profit motive and encroaching upon capitalist private property. Private clinics, the pharmaceutical sector and all the businesses that manufacture (or could be converted to manufacture) medical equipment – tests, masks, scrubs, medicine, ventilators, etc. – must be nationalised. At the same time, a plan to hire nurses and nursing assistants on a mass scale must be implemented.

In those businesses and services that cannot shut down, the workers and their unions must take control of operations. They must decide how to organise production, the work rota, the working hours, the opening hours to the public, hiring measures, and all other decisions that must be made in order to minimise the risk of contagion. Workers’ control must be extended and generalised. This is as important today as it will be for the process of ending the lockdown – which, once again, has to be entirely under the control of the working class and its organisations.

Finally, all the measures listed above must not be financed by expanding the public debt. All private banks must be nationalised and fused into a single state public bank. Additionally, the richest households, the “1 percent” of capitalists and speculators who control a large part of the wealth of the country, must be massively taxed. They are responsible for the current crisis: they should pay for it!

Beyond the measures needed to manage the current state of emergency, the left and the workers’ movement have to realise the failure of world capitalism, which is plunging into a deep recession. It could prove to be the worst crisis in the history of this rotting system. Therefore it is high time for the left to once more embrace the goal of doing away with capitalism and replacing it with democratic, socialist planning of the economy.

Some will sullenly answer us that these are “old” ideas. Yes, the ideas of Marxism were not born yesterday; we are aware of this. And we are enriched by the history of our movement – unlike the reformists, who constantly try to mask the vacuousness of their ideas (which are even older) with new disguises. The current crisis of capitalism proves the correctness of the ideas and programme of Marxism, which are more relevant than ever. What we need today is to build a revolutionary international capable of carrying these ideas and this programme, in France and in the whole world. To help us in this task, join the International Marxist Tendency!