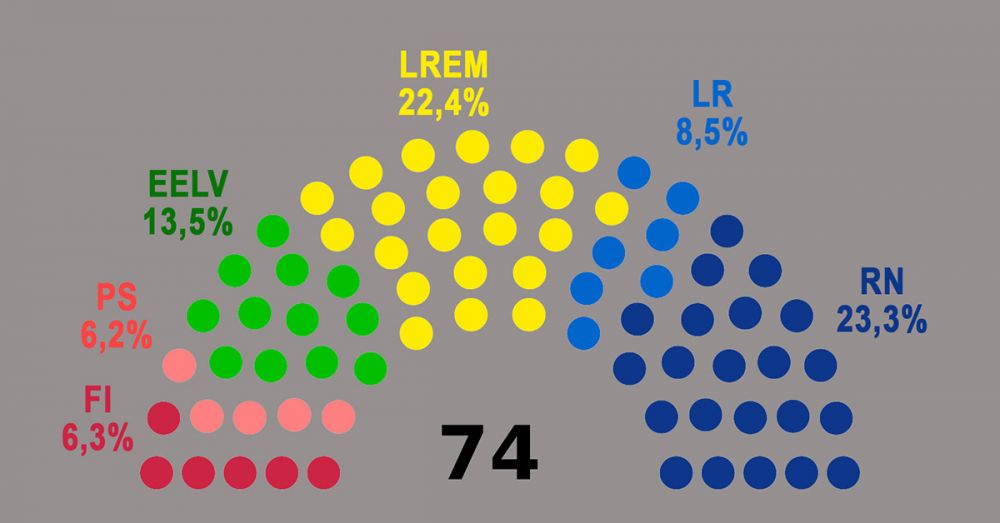 In France, only one-out-of-two voters went to the polls for the European elections. This is 8 percent more than in 2014 (42 percent), but it still marks a massive rejection of the EU and the political system in general.

Read the original in French at Révolution |

Of course, the RN was helped by Macron's manoeuvres and by the complacency of the mainstream media. But these are only secondary factors; at best, they can accentuate the most fundamental process: the RN is the party that has been the most successful at capturing the rejection of the system, which is the mood amongst the mass of the population. This is not the first time this has happened. And as in previous cases, it demonstrates above all that left-wing parties and formations have not been able to benefit from this anger.

With 13.5 percent of the vote, the Greens are doing much better than all other left forces (if we put the Greens on the left, which is not obvious). But we know the song: the Greens often perform well in the European elections, before collapsing in the next election. It will be no different this time. The obsessive electoral cretinism of the Greens pushes them to stand at the centre of the political spectrum, hoping to take votes on both the right and the left (in fact, a significant number of former voters in the FI and LREM have probably voted for the Greens this time). But in a context of capitalist crisis and increasing political polarisation, ecological "centrism" - like centrism in general - reflects a general stalemate.

More-or-less hidden behind Glucksmann, the Socialist Party (PS) has avoided a fiasco, but continues its decline: it took 1.4 million votes (6.2 percent), against about 2 million votes in the legislative elections in 2017 (including its allies) and 2.6 million in the European elections of 2014. Thus, these elections confirm the deep crisis of the two parties that dominated the French political life for decades before 2017: between them, the PS and the Republicans (LR) only collected 14.7 percent of the votes, yesterday. This is unprecedented.

With 3.3 percent of the vote, Hamon and his movement (Génération.s) have finished up far behind the PS, which they left in 2017. As for the PCF (on 2.5 percent), it is still facing marginalisation, despite the dedication of its activists during the campaign.

On the left, France Insoumise (FI) has faced the most severe set back, in view of its past performances and its potential. With 1.4 million votes (6.3 percent), FI is very far from the 7 million votes for Mélenchon in April 2017. It has lost nearly a million votes compared to the 2017 elections.

This poor performance of FI will not fail to provoke debate in its ranks. These debates are necessary. It will not be sufficient to invoke this or that objective circumstance. We must understand the internal causes of this bad result. Here we will simply make two observations, which we will develop later. 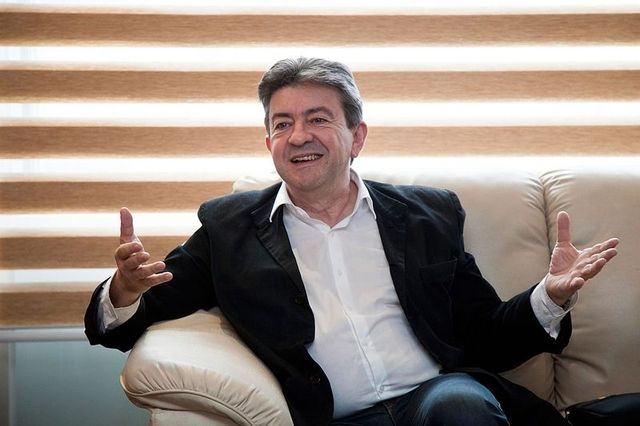 On the left, France Insoumise (FI) has faced a severe set back: it needs proper party structures and a clear, radical programme / Image: Quito 9301728809

While calling for a vote for FI, Revolution had pointed out that "its programme does not go far enough in challenging capitalism". In general, it is clear that the success of FI in 2017 was based on the relative radicalism of its rhetoric, including its opposition to austerity policies. This social radicalism has been lost, at least partially, in the confused meanders of the FI programme on Europe ("Plan A", "Plan B", etc.). To give adequate expression to the anger and frustration of millions of people suffering from the crisis of capitalism, FI must put the fight against austerity and the capitalist oligarchy at the centre of all its public interventions.

Secondly, FI has everything to gain by creating proper structures for itself, that is to say, towards becoming a party. We know that the leaders of the FI - starting with Mélenchon - have opposed this many times. But this is a mistake in many respects, as we have explained elsewhere. For example, an election campaign requires the coordinated mobilisation of many different forces, which a movement - by definition - will find much harder to achieve than a well-organised party with an elected local and national leadership that is responsible and revocable. The loose structures of FI are not an advantage, but a disadvantage. They even tend to demotivate and demobilise activists, who naturally aspire to democratic control of their organisation.

In the coming weeks, the leaders of the Greens, Generation.s, the PCF and the PS will increase calls for "unity" and "reconstruction of the left." This is the usual refrain in these circumstances. But on what political basis should we "rebuild" and "unify" the left? None of the leaders in question will go into detail. The question is nevertheless decisive! The break-up of the left, its fragmentation and, above all, its weakening are, first-and-foremost, the consequence of the collapse of social-democratic reformism, which ended up passing from reform to counter-reform (as in the Hollande government). To "rebuild" and "unify" the left on these same bases would be absurd. In the context of a major and lasting crisis of capitalism, the left can only be strengthened on the basis of a radical, anti-austerity and anti-capitalist programme.