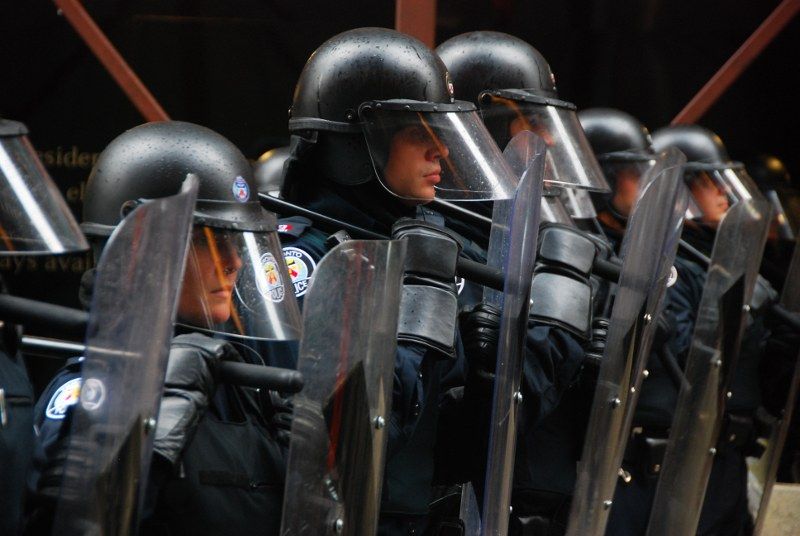 On June 2nd, the Ontario Liberal cabinet of Premier Dalton McGunity secretly passed, without any input from parliament and certainly no notice to the working people of Canada, sweeping expansions to the Public Works Act. The changes to the act give police forces sweeping new powers of search and arrest on a totally arbitrary basis. The public learned about these legislative changes only on the eve of the largest protest of the G20 summits. [Note, this article was written Friday 25th June, before the events of Saturday 26th.]

The secrecy and anti-democratic nature of how these changes were passed is in itself outrageous, but the actual effect of the new power could prove absolutely abominable. Under the amended legislation, police now have the power to search anyone who comes close to the massive security cordon around Toronto's downtown core and arrest them if they refuse. Also, police testimony in court against any individual charged under the act becomes conclusive evidence, without need of corroborating testimony and taking precedence over any contradictory testimony offered by the accused or other parties.

This is a direct assault not just against the right to protest, but against free speech and democracy as a whole. And why are ordinary people being forced into fear and intimidation by the state power? Why is $1.3 Billion in public money being spent on high tension fences, tear gas, sound cannons and thousands of armed police, empowered with a piece of legislation resembling the dictatorial War Measures Act?

It is to protect the representatives of the richest nations on earth, who are meeting in Toronto principally to co-ordinate their efforts to put forward sweeping austerity measures aimed at cutting to the bone the living and working standards of regular people. This is so the massive deficits, run up through bail-outs to the rich, can be paid back. The banks and corporations, and their government hirelings, are brutalizing us physically today, so that they can do the same to us economically tomorrow. This is the true face of capitalism. 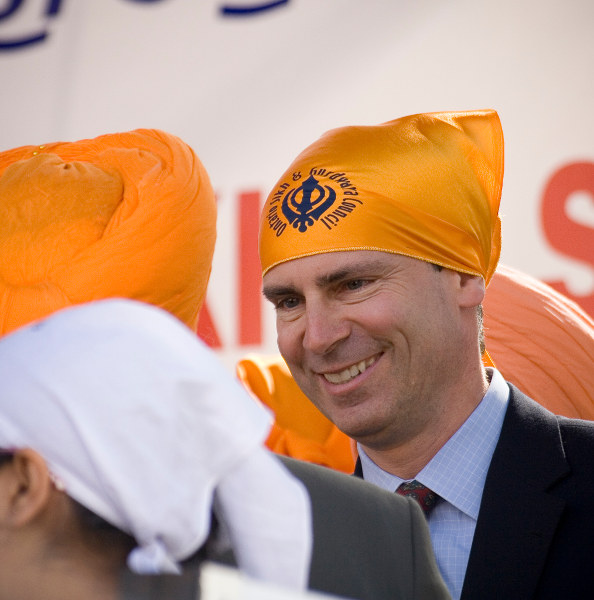 Ontario premier Dalton McGuinty. Photo by Osei. Throughout Europe we are seeing the first signs of these new attacks on our living standards beginning to play out. General strikes are taking place in Italy, Greece is still in turmoil, mass protests have broken out in France, Britain has put forward a vicious budget aimed at working people. These are just scratching the surface of what the G20 has come here to hammer out. In Greece, the first country to fall under the capitalist knife, bourgeois analysis have already begun speculating that putting through the austerity measures against the working-class might breach the limits of what a democratic society can achieve.

If one needs a concrete example of this statement, we need look no further than Toronto. That the Canadian state must declare a partial form of Martial Law in order to hold a meeting should give us all a glimmer of what is to come when the plans the G20 is here to form are actually put into action. Capitalism allows a limited form of democracy only when it can afford to do so. But when capitalism is forced by its own internal contradictions to mercilessly attack the lives of working-class people and their families, the bourgeoisie will gladly abandon "freedom and democracy," to which they so often have given lip-service, in exchange for protecting their own bloated privileges.

However, the strength of the organized working-class is stronger than any police state. The bourgeoisie's attempt to muzzle the masses will only entrench the will to fight. Like Greece, Italy, France and others, the working-class of Canada will take the road of struggle against the attacks of the rich. And those who now seek to treat the working masses like rats that need to be driven from the streets, will themselves become the ones looking for holes to hide in.