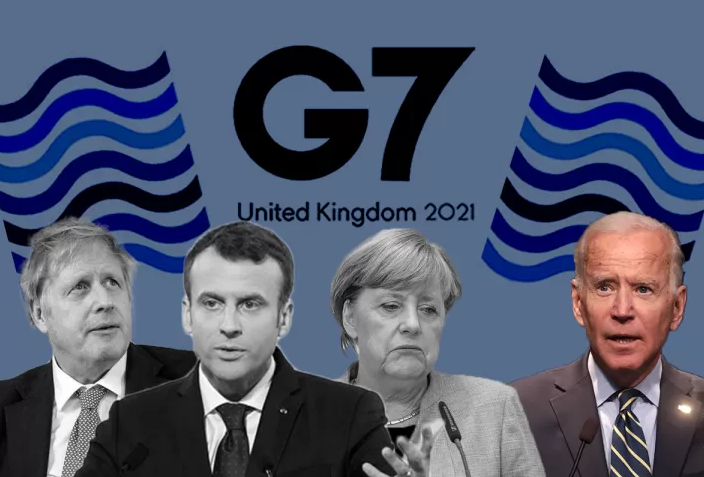 The recent meeting of the G7 nations was heralded as being a comeback for America and its allies, with the aim of stifling the rise of China. But instead, the summit only confirmed the decline and disunity of Western imperialism.

Last week, Joe Biden assembled the G7 with one clear purpose: to show China a united front of ‘Western democracies’, all standing under one spotless banner. Yet so fractured is Western imperialism, the meeting succeeding only in airing the West’s dirty, tattered laundry.

The US-China conflict is central to the future of capitalism. It is a giant question mark hanging over the entire system. US imperialism cannot tolerate a serious rival to its domination. And yet, precisely because China is such a serious rival, there is little it can do to stop it.

China is now too big and powerful; its economy too entwined with that of the US and all of US imperialism’s allies, to be isolated.

Last week, just before the G7 kicked off, the Senate majority leader Chuck Schumer summed up the task facing the US at the G7: “The world is more competitive now than at any time since the end of the second world war. If we do nothing, our days as the dominant superpower may be ending.”

The US has no hope of bullying China into submission, so it is gathering the heroic forces of democracy to lead by example instead – to show to the world that the West is still strong; and that it stands for freedom, human rights, and of course trade wars with China.

The hope was that this would inspire nations like Vietnam to strongly commit to the US sphere of influence, and thereby to help deter and contain China. Hence the fact that four additional nations – Australia, South Korea, South Africa, and India – were invited to participate in this week’s G7. 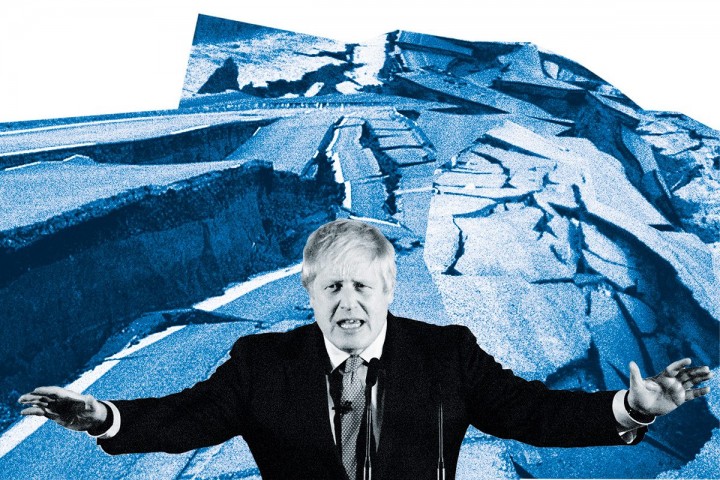 As the G7 was meeting, Boris Johnson was threatening to unilaterally break the Northern Ireland protocol he only just signed with the EU / Image: Socialist Appeal

Part of the US strategy was to use this summit to relaunch the US as the true leader of the world; the defender of the so-called ‘rules based international order’ – after a temporary aberration in which the defender-in-chief became saboteur-in-chief under Trump.

A ‘rules based international order’ would benefit the US, because naturally the rules are drawn up to maintain the current status quo; to benefit the existing dominant imperialist power, as they always have been, and so would constrain China.

Generally, if you are going to relaunch the ‘rules based international order’ at a meeting, it is probably best to make sure the host country isn’t in the process of a very high profile act of international rule breaking. And yet that is precisely what the UK has been doing.

Precisely as the G7 was meeting, Boris Johnson was threatening to unilaterally break the Northern Ireland protocol he only just signed with the EU.

Brexit itself has been nothing but a gigantic advertisement of the disunity and incompetence of the West; so much so that the Northern Ireland protocol Johnson wants to ignore also threatens the very existence of the ‘United’ Kingdom itself.

The anger provoked by these shenanigans seeped into the G7 meetings, overshadowing everything. Macron publicly attacked Johnson; and Merkel even refused to bump elbows with him. China must be shaking in its boots at this Western unity! 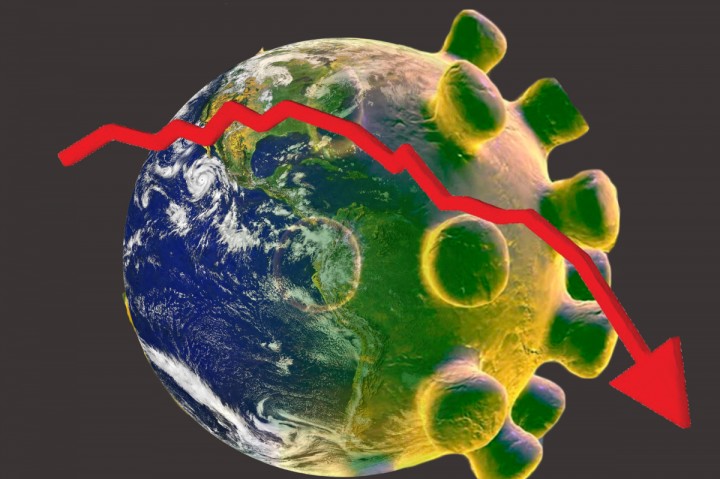 The entire West has been hoarding vaccine supplies and protecting their own pharmaceutical giants’ patents at the expense of the rest of the world / Image: Pixabay

As if that wasn’t enough, the UK government has also just massively cut its foreign aid budget. This meant it failed to deliver key COVID aid to India – a country not only in desperate need, but also a key one for the strategy of containing China.

This approach has been repeated on a larger scale by the entire West when it comes to vaccines: hoarding supplies and protecting their own pharmaceutical giants’ patents, instead of allowing vaccines to be produced all over the world by sharing technology.

One of the G7’s headline agreements was to donate one billion vaccine doses to poor countries. But this is thought to be less than 10% of what is needed. Meanwhile, China is now the world’s largest producer of vaccines; and they will shortly announce more doses for poor countries than the G7 could muster.

The example of vaccines encapsulates how the West is beginning to feel wrong-footed economically. The protection of pharmaceutical patents reflects the economic policy of a bygone era: the so-called neoliberal ‘Washington consensus’, in which the market decides everything.

Such a policy expressed unrivalled US power: Washington knew that letting the market decide worked for them, because their corporations dominated the market. That is no longer the case. And China is prepared to heavily subsidise production to achieve diplomatic ends, as it is doing by donating more vaccines than the G7.

But the G7’s changing course by donating one billion vaccines is clearly too little, too late. The damage has been done. 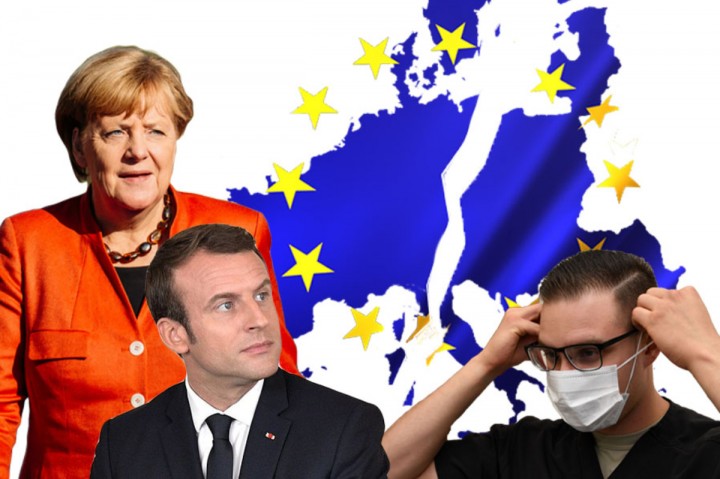 The G7 nations are riven with disunity / Image: Socialist Appeal

The G7 is unable to agree to a public line on Russia or China. France and Germany are breaking ranks on Russia. France sees an opportunity to gain diplomatic independence by being more friendly to Russia. And German companies make too much money out of Russia for the German government to back up US belligerence against Moscow.

According to the Financial Times:

“Emmanuel Macron, the president of France, stressed the need for Europe to maintain its ‘independence when it comes to our strategy to China’. This sentiment would be shared by Angela Merkel, the German chancellor, and even, to an extent, by Boris Johnson. Britain’s prime minister is described by one exasperated official, from an allied nation, as ‘still wanting to have his cake and eat it on China’.” (Financial Times 13.6.21)

The same disunity is to be found in another imperialist project revived by Biden: the military ‘Quad’ that is made up of the US, India, Australia, and Japan, which serves no purpose other than to intimidate China with massive military exercises.

But despite meeting recently, the Economist states: “Security co-operation among Quad members has limits. Not only is India, long averse to formal alliances, reluctant to join ‘freedom of navigation’ patrols in the South China Sea; so too are Australia and Japan”. (The Economist, 12.6.21)

Even the celebrated global corporation tax agreement of this week’s G7 reveals the same division.

This is clearly designed to ensure US tech monopolies like Amazon will actually pay less tax overall. But the deal will exempt offshore tax havens linked to London, such as the Isle of Mann, Jersey, and the Cayman Islands, as well as tax havens in Europe like Lichtenstein.

But more telling was that the G7 meeting only advertised these divisions once again when the UK Chancellor Rishi Sunak tried to get the City of London itself exempt.

This was nothing but an effort to claw back an edge for London, after Brexit led to many finance operations moving to Amsterdam and other places in the EU.

In other words, it was another example of G7 countries publicly fighting against one another for privileges at the rest of the world’s expense.

No wonder Jeremy Shapiro of the European Council on Foreign Relations reported that “there is considerable scepticism in Washington that a divided, self-interested Europe will ever manage much support for US efforts against China.” 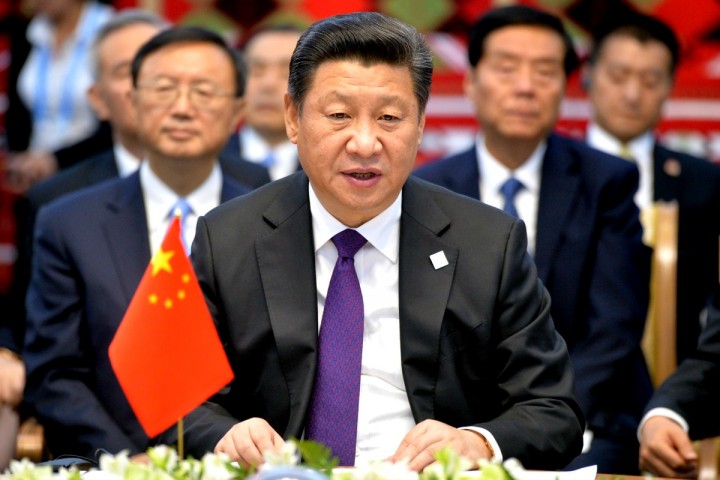 Capitalism is too crisis-stricken, and US imperialism too weakened, to impose a united front that would genuinely contain China / Image: Gage Skidmore

The very reason for the convening of the G7 in these circumstances is why it cannot meet the tasks set for it. Capitalism is too crisis-stricken, and US imperialism too weakened, to impose a united front that would genuinely contain China.

When the G7 was originally formed in 1973, it collectively comprised around 80 percent of world GDP. Today, it accounts for about 40 percent.

As Western imperialism declines, it resorts to protectionist measures that will only depress the world economy, without achieving the goal of preventing China’s rise.

Take a look at Donald Trump’s main policy – his trade war with China, which is being continued by Biden.

In November 2020, the US trade deficit with China was 70% greater than it had been in January 2017, when Donald Trump took office. China has weathered the COVID economic storm better than any other major economy; and as a result its exports are booming despite the trade war.

According to The Economist:

“Nearly 600 companies responded to an annual survey of business confidence conducted by the European Union Chamber of Commerce in China, which was published on June 8th. They described surging optimism about China, with economic growth having resumed far more quickly than expected… Fully 91% of the firms said they would maintain their investments in China, rather than move them elsewhere. Over a quarter of manufacturers are bringing supply chains more completely into China, five times as many as are moving them offshore.” (The Economist, 12.6.21, our emphasis)

In other words, US export controls on sensitive technologies are having the opposite effect than intended – rather than encouraging European capitalists to pull all production out of China, so as to continue having access to US technology, they are moving production out of the US, so as to maintain access to the Chinese market.

It is for these reasons that the relaunching of US imperialism at the G7 will fail. But it does not follow from this that China will supplant the US and the G7. China lacks any powerful allies. 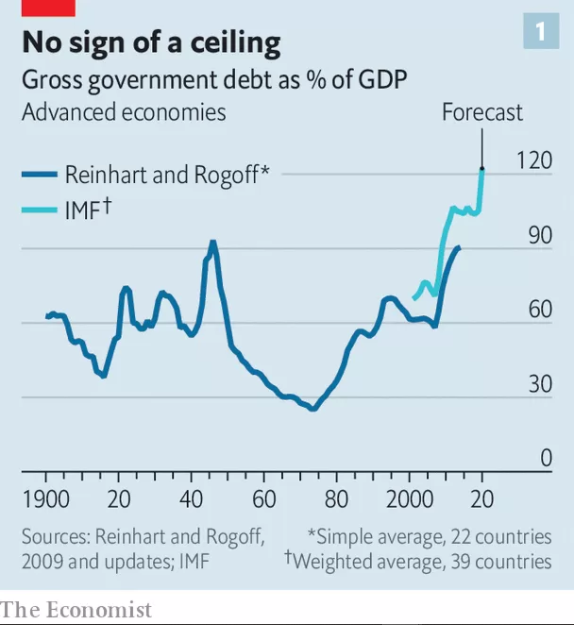 But Chinese capitalism, like any other, is subject to the laws of the market, which means crises. The Chinese economy is living on the never-never, constantly accumulating more debt and building up more and more overproduction.

In order to escape this crisis of overproduction, China must export more and more, and expand its own imperialist sphere of influence. This is the meaning behind its ‘Belt and Road’ initiative.

The global crisis of capitalism has been massively deepened over the last twelve months. In the early 1970s, gross government debt in all advanced capitalist countries was around thirty percent of their total GDP. By 2000 this had increased to around seventy percent.

The 2008 crisis took it up to about ninety percent, the same level it reached in World War Two. Over the last year, it has shot up to around 120 percent.

This explosion in debt expresses the long-term crisis of capitalism. It reflects that it is living on borrowed time. And it limits the market for Chinese goods, because this debt must be paid off with interest, and so cuts into spending.

What capitalism is faced with is a deadlock between two powers – one being the foremost imperialist force on the planet and the other being a new rising power – which cannot be solved. This means that the period ahead is one of trade wars and proxy wars, which will only provide an additional drag on a crisis-ridden system. It will be a period of social turmoil, and inevitably also of rising class struggle.

The G7 is yet another summit of platitudes and handshakes, barely concealing bitter division and impotence. The fact that this is the best it can offer after a liberal reset, and in this moment of dire need amidst a global pandemic, demonstrates clearly the impasse faced by capitalism.

It is time capitalism departed the scene of history. And it is the task of the working class to make sure that happens.