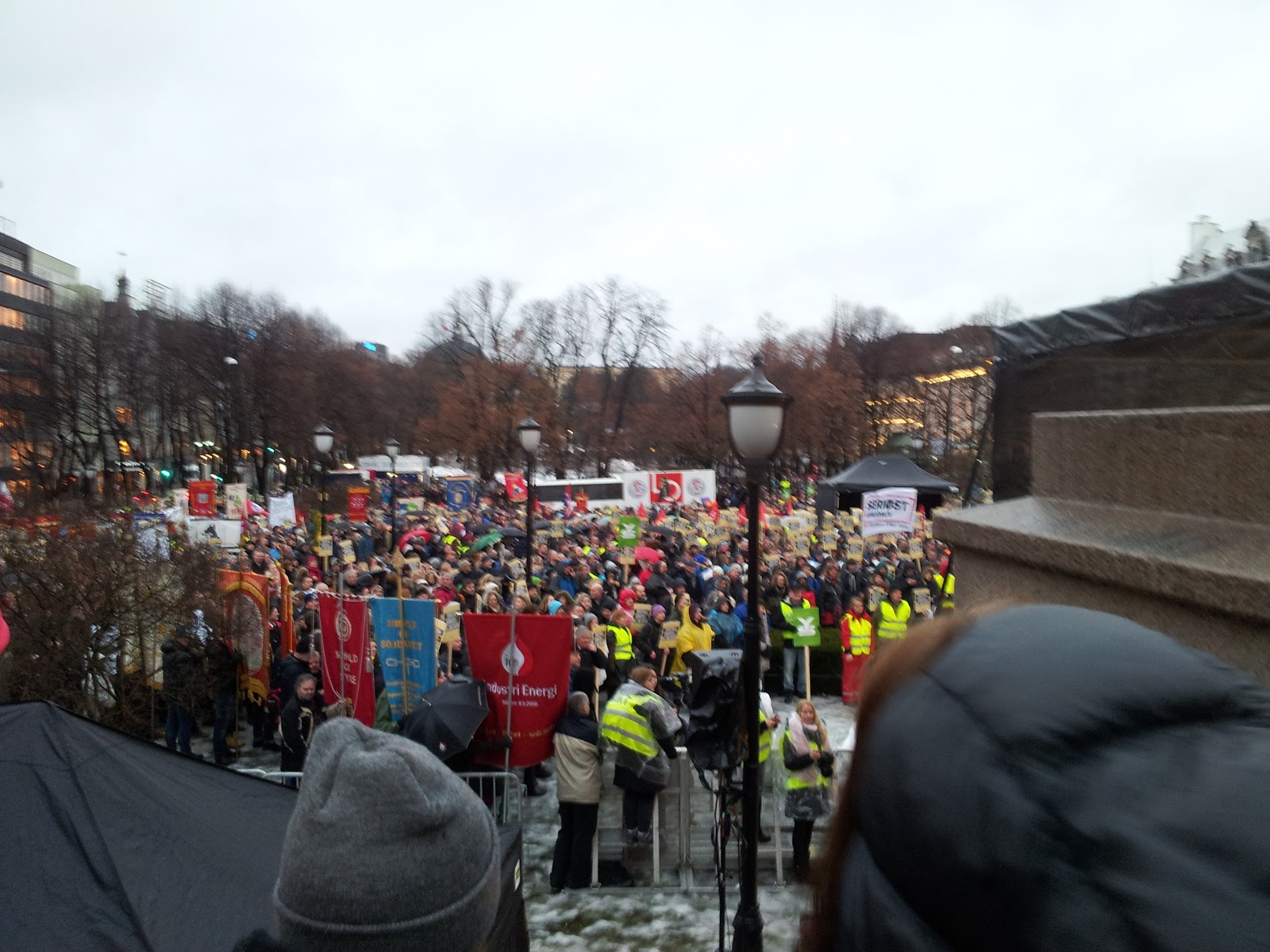 All of the major trade unions in Norway called for a strike yesterday, 28th of january, against the government’s attempt to reform labour laws, making working life more “flexible”. They are trying to promote temporary jobs, more overtime without overtime compensation - a more exploitative working life.

The attacks by the government in the autumn has made it very unpopular and its support in opinion polls have collapsed, as we explained in December. The far right “Progress” Party is down to 11% and the traditional right-wing party down to 23%.

1.5 million workers struck. It is the biggest political strike, in terms of number of participants, in Norwegian history and the first general strike in 17 years. 17 years ago the workers won relatively easily. Now the there is a different situation. Oil prices are low, there is an economic crisis affecting all of Norway’s trade partners and industry apart from oil and gas is uncompetitive. The ruling class is determined to attack the working class and a two hour general strike will not be enough to change the governments position.

This seems also to be understood by the union leaders, the leader of the biggest labour union (LO) said to VG:

“if the government does not change course, they will release forces which are so powerful that they will challenge the cooperation process (the three part model) which has governed norwegian society for so many years...

“I see that the prime minister says that we should live with disagreements in particular cases but that the broader three party cooperation will prevail. But they should not take that for granted when they show so little effort in cooperating in questions that are of such importance for us.”

The general strike turned out to be a big success, with about a hundred thousands of people showing up in  gatherings all around the country. In Oslo the turnout was bigger than expected with at least 20,000 people in front of the parliament. The organizers were impressed and people was surprised that so many showed up. There was also a huge turnout in Bergen and Trondheim.  Workers in the remote Islands of Svalbard even braved a biting cold of -20℃ to hold a rally. 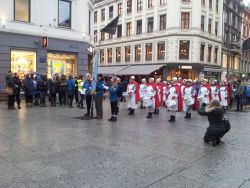 The marching band of the nurse association was cheered when they marched into the gathering beating their drums.In Oslo the leaders of the three major unions spoke and afterwards politicians representing the parties in parliament were offered a chance to put forward their views. The representants of the government were booed and the leaders of the Labour party and the Socialist Left Party were cheered.

The fighting spirit is high and there is no doubt that the workers will go to the streets again if necessary and if the union leaders call. The government realized that it will be much harder for them, than what they had expected, to implement its program.

The strike was a great success but it needs to follow with more action. If the government does not back down the unions need to immediately call and campaign for a one day general strike.