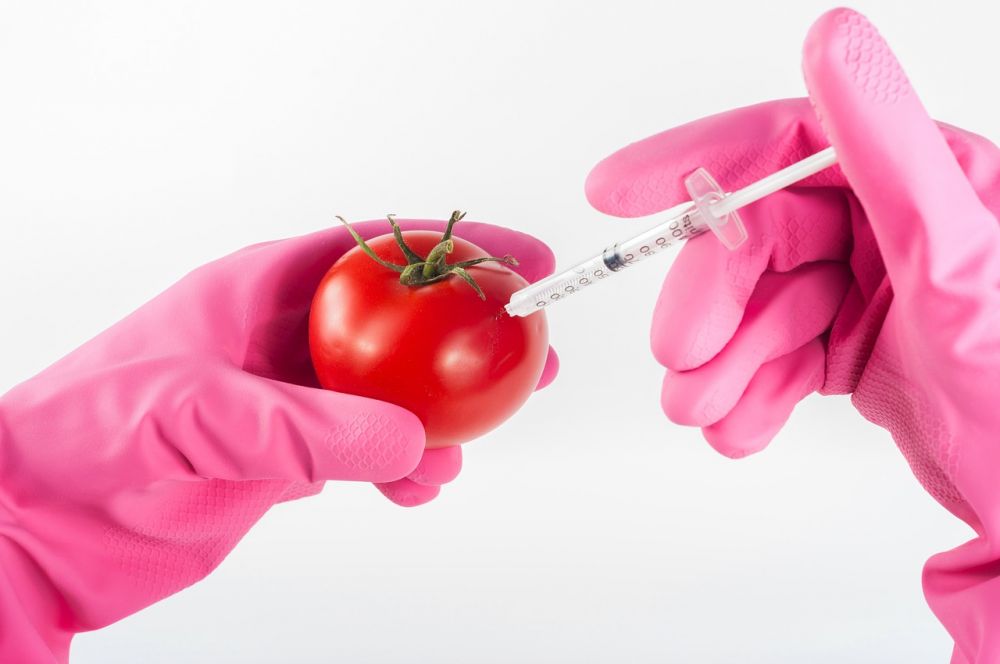 On October 16 Monsanto, the American multinational, announced that it was withdrawing from many of its European operations and sacking two-thirds of its British workforce (according to The Independent October 16). This news came on the eve of the government's declaration in relation to the widespread introduction of GM products.

Since last summer we have seen a widespread debate about the pros and the cons of GM products. There are people for and against GM products from all the different political shades. The bourgeois papers have been very keen on giving voice to different people in the debate. What is missing, however, is a class point of view. No one poses the question from the point of view of ordinary working people.

The government has now said that the first commercially grown GM crops can be planted in Britain this spring, joined by the scientific committee set up to advise ministers on releases about the environment (Guardian January 14). This fuels the wrong debate.

The Monsanto example shows that all these "Friends of the Earth" are against GM products, but they seem to be friends of the planet without taking into consideration the workers who live on it. They are incapable of coming up with an alternative that safeguards both our health and our jobs. On the other side we have those who defend the expansion of GM products as a solution to food production, although they usually put their hopes precisely in such companies as Monsanto, a company that was responsible for producing Agent Orange and a wide range of other delightful poisons used by American imperialism in all sorts of wars. Again, these are no friends of the working class.

So the question that Marxists have to ask in this debate is the following: Who will benefit and who will profit from the introduction of GM crops and who will not? Who should control the research that is taking place and decide the criteria that it is based on?

The bourgeois economists maintain that if the European Union allows only a limited amount of GM products (too many might annoy some American interests) this would, these people argue, have an effect in countries that are hoping to use GM crops as a way out of their endemic famines (i.e. Brazil, China, etc). "Fair trade" campaigners claim that if we allow the development of GM crops this will give the multinationals an extremely powerful control over the world markets and the poor countries will be at their mercy.

Those concerned with the long-term effects say that there is no proof of the innocuousness of GM crops. Others maintain that they can eradicate world famine. Some even claim that the European Union is against GM products because of its long-term views and its cautious approach, while still others say is it only another trade war.

All these arguments have a point, but at the same time all of them also miss the main issue.

GM products are potentially a tremendous step forward that could put and end to world famine and help to develop the economies in the so-called third world countries. But they can also condemn the entire population of a country to de facto enslavement under the big multinationals.

The question we have to ask is who is going to be in charge of producing and distributing these new products. If they are going to be the same people who are already using GM crops to push world prices down and force small producers in the underdeveloped countries to accept IMF loans to buy the seeds from the multinationals, the question answers itself.

The question of whether GM foods are safe or not is far from being answered. The multinationals involved in developing them cannot be trusted. Their criteria will not be the safety of the consumers, but merely their own immediate, short-term profits. We must oppose any development of these products if they are in the hands of these multinationals. How can we trust the same company that was also responsible for the development of defoliants used against the Vietnamese masses (Monsanto and co.) to develop our food resources? How can we trust the governments of the imperialist countries that want to control the economic resources in order to protect their own world supremacy (the USA)? How can we trust those international institutions that claim to be more environment-friendly but at the same time refuse to investigate the sinking of an oil tanker because this might expose the system that is used to transport oil in the European seas and all the economic interests that lie behind this (the EU)?

So who can we trust? The question is quite simple really. We can only trust ourselves, we the ordinary workers and youth who have to eat these products. The only people we can trust are the working people. We have to guarantee that any development of GM products is carried out under strict controls that take into account any effect they may have on the people who have to eat them. This cannot be guaranteed so long as the research is in the hands of the private corporations.

The figures show that the British public are very wary of a massive introduction of GM products. They are justifiably worried after the experience of BSE, foot and mouth and all the other scandals involving the food industry. They wonder what comes first - their health or the companies' profits? The answer is pretty obvious.

So long as capitalism exists, profit always comes first. And so long as the capitalists remain in power, we have to be very vigilant about who is playing with our lives. The point we have to understand is that the world has enough food resources to feed everyone. It also has the potential to produce even more than is produced today. Famine does not exist because there are "too many" people and not enough food. In the EU we have the immoral spectacle of "butter mountains", "wine lakes", etc. They stock up huge amounts of food and don't release it onto the market in order to keep prices high. They also pay farmers not to produce food – the so-called "set aside" schemes. Thus we pay taxes that are then used to pay farmers not to produce food so that we can have the pleasure of paying more for our food. The same process can be seen in the United States.

Thus the problem is not GM food, but the profit motive that lies at the heart of the capitalist system. Even without GM food we are eating hundreds of chemical products that are added to our food by the capitalist food industry. The only way of guaranteeing healthy food is to make sure that its production is under the control of those who have to eat it. This can only be achieved by expropriating the big food corporations and running them under workers' control and management. That is what is missing in the debate over GM products and healthy food in general!

Only the nationalisation of the food industry under workers' control will prevent the misuse of the scientific advances and ensure that cases like the foot-and-mouth disease or the BSE are not repeated, avoiding suffering and hardship for the thousands of working class families that suffer the by-products of capitalism in the form of death and permanent illness.