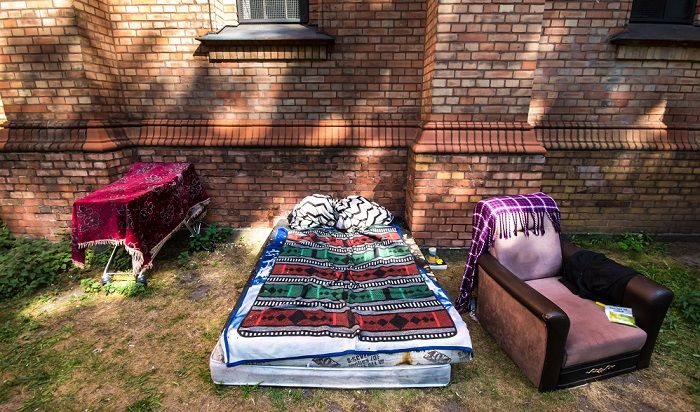 Even before the outbreak of the coronavirus pandemic and the onset of the growing economic crisis, the lack of housing and homelessness in German cities was striking. This problem has now been exacerbated.

Read the original in German here

There are no official statistics on this in this developed country. However, an estimated 1.2 million people in Germany do not have their own home, and the number continues to rise. They literally live on the street, stay in emergency shelters or sleep on the sofa with relatives and acquaintances.

Homeless people were clearly already in a dire situation before the current pandemic. But now, the capitalist system, which has been forced to a partial standstill by this virus, is tightening the shackles on the marginalised minority on the streets of Hamburg. Until recently, the city offered a broad social support system with food banks, information centres and social housing to treat the symptoms of homelessness. Now, however, the impact of the coronavirus - which includes a nationwide contact ban for homeless people, refugees and illegal immigrants - means one thing above all: social isolation and lack of protection against infection.

After several of its residents had demonstrably become infected, Hamburg's largest homeless shelter in Hammerbrook was forced to put an entire floor under quarantine until further notice, and to refrain from accepting new residents. As a result, other residents of the suburb are now in constant fear of getting infected themselves. 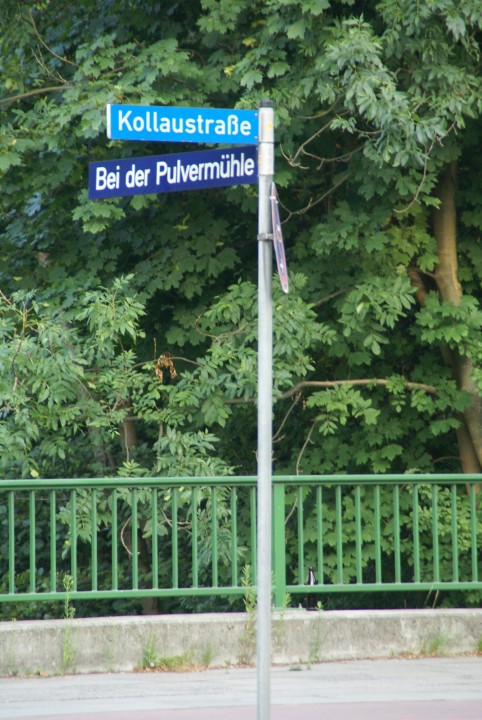 The only shelter for the homeless is on Kollau street, where all guests there must present an identification document / Image: flamenc

In this situation, the only alternative shelter is the one on Kollaustraße (Kollau street), which is also run by the municipal social enterprise "fördern&wohnen". However, as a precautionary measure, all guests there must present an identification document to the responsible authorities. This means that the right to emergency accomodation no longer applies. If further cases of coronavirus are found in the accommodation, hundreds of people will be put on lockdown. They would be quarantined in shared rooms and any claim to privacy or intimacy would disappear. Even more serious in this scenario is the problem of dealing responsibly and correctly with a large number of people with addictions in a very cramped space.

Social housing is in a similarly dramatic situation: almost all of those in charge have decided not to take in any new people in need of help, in order to prevent the spread of the disease in their houses. Since tests for the coronavirus are primarily reserved for the upper class, people in need cannot prove that they are not infected.

Due to the pandemic, counselling and specialist agencies, as well as job centers and district offices, can only be contacted by phone. This hits those people in need of such help the hardest. Direct conversations with employees at the help centres would be an important relief and could help cope with the emergency, and no phone call can replace such active help. In addition, not all people have their own mobile phone and many are not aware that official appointments are necessary in order to be assigned social housing.

At the moment we are experiencing long queues in the city in front of food banks, and an enormous increase in people asking for money in public places such as on trains. The city centres are empty and the shelters cannot offer any protection. The support system, which fights for the welfare of people without any considerable subsidies from the state, is almost bursting at the seams.

On the other hand, we see people emptying entire shelves in supermarkets, and so-called ‘celebs’ explain to us that we need to show solidarity, while they sit in their 150-square-meter apartments with pantries filled to the brim. Politicians have direct, easy access to the sought-after tests and cannot put themselves in the shoes of people who don’t even have their own home.

The Senate of Hamburg must finally act. All those who are affected, regardless of whether they are homeless people, illegal migrants or refugees, must be offered rooms in which health safety and food supplies are guaranteed. In Hamburg, this would be possible immediately and quite legally, because there is a housing protection law. It gives the district offices a hold on real estate that is vacant for more than four months without a permit. The authorities can appoint a trustee to gain access to vacant properties, have the rooms renovated at the owner's expense and initiate a new lease. All that is needed is the bold political will to apply this law, to take on the speculators and to intervene in their private property. Therefore: confiscate vacancies, expropriate speculators!