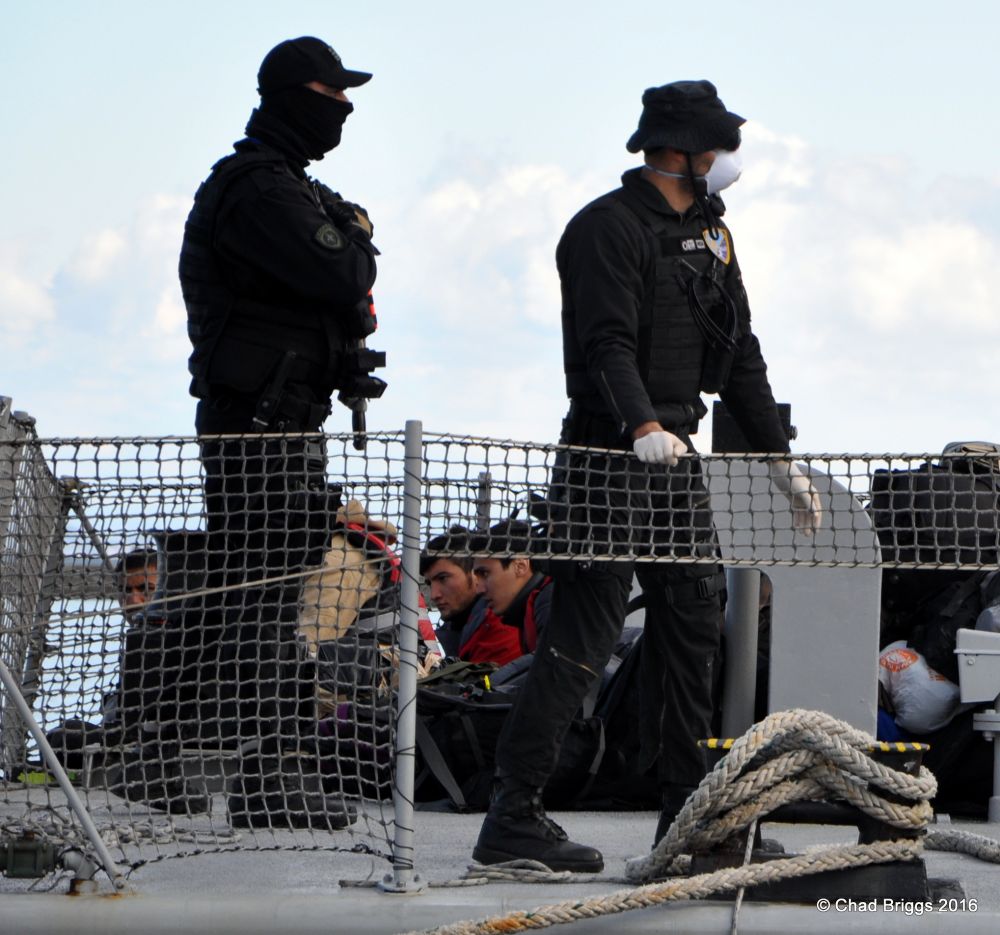 In the last few days, the government and the state of the Greek ruling class have embarked upon an open, brazen war against thousands of refugees, with the complicity of Erdogan’s cynical regime and the tolerance and encouragement of the European Union.

Last week, the Turkish government announced that it would stop blocking "migration flows" to Europe, immediately after 34 Turkish soldiers were killed by shelling from Assad's Russian-backed Syrian army in Idlib in Northern Syria. In this way, Erdogan is trying to pressure the EU and NATO to support his regime financially and militarily in its intervention in Northern Syria, having reached an impasse in recent weeks. This is another attempt by the Erdogan regime to use millions of refugees to serve the direct interests and imperialist plans of the Turkish ruling class. With its military intervention in Syria, the Turkish ruling class is seeking to annex territory and crush the Kurdish national liberation movement, in the name of creating a territorial zone for refugees. 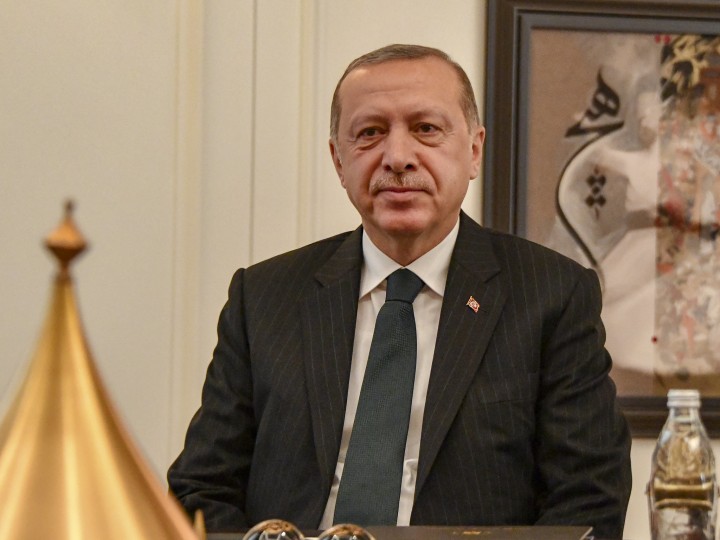 Erdogan is cynically exploiting the migrant crisis for his own capitalist and imperialist purposes / Image: Flickr, U.S. Department of State

The Greek government’s response has been to compete with Erdogan’s cynicism and barbarism. The more than 10,000 impoverished and suffering refugees who have crossed the Turkish border from Edirne in recent days are treated by the Greek police, the army and the border guard as if they are a hostile army of intruders. They have been fired on with tear gas, suffocating gas grenades, and lately live ammunition! According to the provocative announcement issued by the Fourth Army Corps based in Thrace, from 2 March 2020 “and throughout the 24-hour period, shots of a direct trajectory with machine guns, rifles and pistols with live ammunition will be fired throughout the intercourse area”. This order amounts to an official declaration of war on thousands of unarmed and persecuted people.

Already, last Monday, we had the first victims in this open war against refugees. Mohamed Al Arab from Aleppo was killed by Greek border guards in his attempt to cross the border, while another child died after a boat wreck due to an operation by the Greek Port Authority to repel boats of refugees at sea, known as ‘push back’, which is prohibited by international law. Such deterrents are depicted in a related video circulating on the internet, which was published (for their own reasons) by the Turkish authorities, and shows the Greek coast guard not only repelling refugees, but also firing shots to intimidate them.

All this is an unprecedented display of barbarism, which came as a natural continuation of the days-long government campaign to suppress the mass mobilisations of residents in Lesbos and Chios at the end of February against government plans to convert those islands into new, permanent, closed refugee prison centres (“closed structures”). The declaration of war on refugees came after the meeting of the Government Council on Foreign Affairs and Defence on Sunday, 1 March, which decided to suspend the acceptance of asylum applications and approvals for one month. This is a temporary abolition of a fundamental human right, internationally enshrined by the UN Charter, but also by the Greek constitution itself. Even the far-right racist Salvini did not dare to do so in Italy. The few dozen refugees who managed to cross the Greek border were arrested and some of them have already been convicted in brief proceedings for "illegal entry into the country" for the first time since 2014.

At the same time, in recent days the government and capitalist media have been ramping up their xenophobic and racist rhetoric – including the prime minister himself – by talking of an "asymmetric threat" and "invaders who seek to destroy the security of the country." This systematically creates a climate of nationalist and hateful hysteria against refugees, which encourages all kinds of fascist and racist organisations to form paramilitary groups and attack both refugees and the activists standing in solidarity with them. Indicative of this was the video that showed a group of racists who blocked the disembarking of a boat of refugees in the port of Lesbos on 1 March, shouting vile insults. The boat included a pregnant woman and a young child. On the same day, two German media correspondents were subjected to violent, racist attacks.

The government and Greek ruling class are being staggeringly hypocritical in hiding behind the cynicism and exploitation of refugees on the part of the Erdogan regime. First of all, they themselves remain allies with Erdogan within NATO, which was made especially clear at the last summit of the imperialist alliance, in which Turkey requested NATO’s assistance to maintain the occupation of the territory of Northern Syria. The Greek government did not raise any protest over Turkish plans and is only said to have raised the issue of "Respect by Turkey of the EU-Turkey refugee agreement".

The Greek government also continues to declare fulsome faith in this wretched agreement, signed in 2016, which is a racist travesty that gives financial compensation to Erdogan for "controlling the flows" of refugees, and also lifts the visas of Turkish citizens, which has given Erdogan an excuse to use refugees as a means of negotiating with the EU. More generally, the Greek government and ruling class are applying EU policies to the letter by treating refugees inhumanely and denying them entry to European countries, as well as hindering their right to asylum and a civilised existence.

The Greek ruling class and its governments are jointly responsible for the suffering of these people because, with their participation in NATO and the EU, they have directly and indirectly supported devastating imperialist wars (Afghanistan Iraq, Syria, etc.) and the actions of the reactionary regimes of the Middle East and North Africa, which have created continuous and large waves of refugees over the last two decades. We should never forget that millions of refugees are victims of imperialist wars to control oil, other raw materials and spheres of influence. The extreme exploitation, oppression and deep capitalist crisis which devastate their countries of origin are phenomena for which the western imperialism of the US and the EU (in which capitalist Greece is actively involved) bear a decisive responsibility. They have led to the displacement of refugees and now not only do they refuse to care of them, but they are kept in hermetically closed borders – concentration camps and prisons – denied asylum and murdered. This inhumanity is what passes for “modern, cultured capitalism”, characterised not only by Erdogan's regime but also the state of the Greek ruling class, which shoots and oppresses unarmed refugees.

Greek soldiers can be seen using tear gas to repel refugees and migrants, including the children pic.twitter.com/Pm0zdQqBCj

With this attitude, the Greek government has now "upgraded" and become the most barbaric gendarme of European borders. As a wretched and submissive partner of the northern European capitalists, accepting this role in full, not only does the Greek government not care in the least about the equal and proportionate distribution and social inclusion of refugees across the countries of Europe, but they are seeking to derive financial benefit. This was shown lately in an announcement by the head of the European Commission, who travelled with Mitsotakis to Evros, that the Greek government will be given 700 million Euros for the refugees, in three tranches. This money, like the billions of Euros given over the years to the Erdogan regime, could be made available for the care and social integration of refugees in the European countries where they wish to live. Instead, they are destined for construction companies such as AKTOR, TERNA and Mytilineos, which are preparing – with the government's approval – to build inhumane refugee prisons on the islands of the northeastern Aegean.

Campaign of lies and bigotry

A campaign of systematic lies and scaremongering from the capitalist media and the government has been used to try and justify this barbaric and brazen war on refugees, in which the risk of "tampering" with the Greek population is invoked. But according to the UN refugee agency, Greece currently has just five refugees per 1,000 inhabitants while Turkey has 45. In total there are just under 70,000 refugees on Greek soil, when in Turkey the number exceeds 3.7 million.

At the same time, the government and the Greek ruling class, with their campaign against "refugees – invaders" are trying to create a climate of "national unity", with the political aim of turning the attention of working people away from the implementation of policies against wages; and labour, insurance and educational rights, which can only be resisted through class struggle. 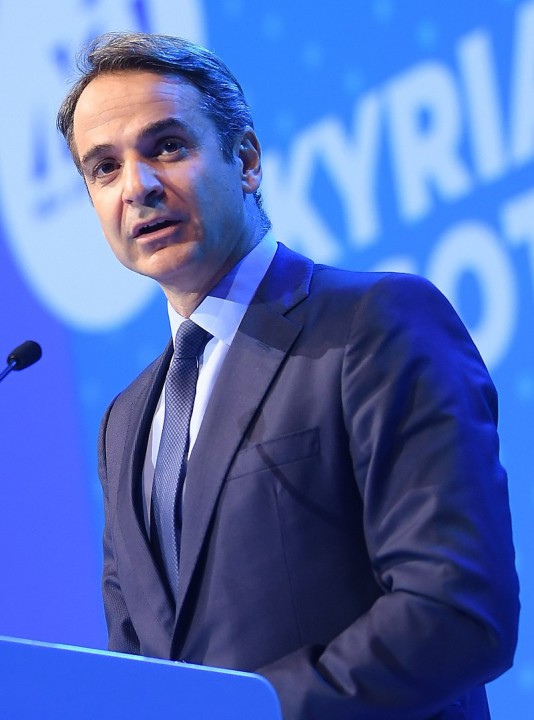 The Greek government is whipping up nationalism and bigotry to cut across class struggle against their reactionary policies / Image: EPP

In the face of this barbaric war declared against refugees and the systematic cultivation of a nationalist, xenophobic hysteria in society, the left and the labour movement in Greece should fight back with determination, clearly standing on the side of refugees. But this vital task is being undermined "from the inside", first and foremost by the unacceptable attitude taken by the SYRIZA leadership. The highlight was what Alexis Tsipras himself said in an interview in Mega Channel on 3 March, in which he stated that the Mitsotakis government's attitude towards the effort of thousands of refugees to enter Greece is right and necessary. SYRIZA's leadership is consistently walking in the footsteps of its recent period in power, during which it implemented an inhumane policy against refugees, as evidenced by the infamous Idomeni and Moria camps. It refuses to defend the right to asylum for all refugees and accepts without criticism the criminal role of the EU and the US on the refugee question and the intervention in Syria and the Middle East, while at the same time supporting the national line erected by the Greek against the Turkish bourgeoisie, advocating for a more "decisive" stance against Turkey.

Disappointingly, the political stance of the Communist Party leadership falls well short of what the situation demands, as evidence by an announcement issued by the Political Office of the Communist Party of Greece (KKE) on 2 March on developments on the refugee question. The leadership of the Communist Party of Greece offers only a tepid condemnation of the violence of the Greek government and the Greek state towards refugees, while accepting that it is "necessary to guard the borders in Evros". In this way, implicitly but clearly, the KKE leadership gives a certain legitimacy to the dominant nationalist rhetoric about the need to defend the borders and equivocates "both the reactionary nationalism and repression and the dangerous cosmopolitanism of the ‘open borders’ theory", at a time when the opening of the borders is an elementary condition to save thousands of refugees from hardship and disease. Moreover, it refuses to take the massive, concrete initiatives necessary to defend refugees and promote a common front of struggle with the labour movement and youth against the Greek government and the EU. Instead, it appears to be asking the reactionary government to respond to EU and NATO policy.

Every conscious activist on the left, in the labour movement and amongst the youth must, with all their strength, join the side of the refugees and call for an immediate end to the brazen war waged by the Greek ruling class against them with the complicity of the EU and Turkey. It is urgent that concrete, united initiatives are taken by the left and the mass labour and youth organisations, around the following objectives and demands: