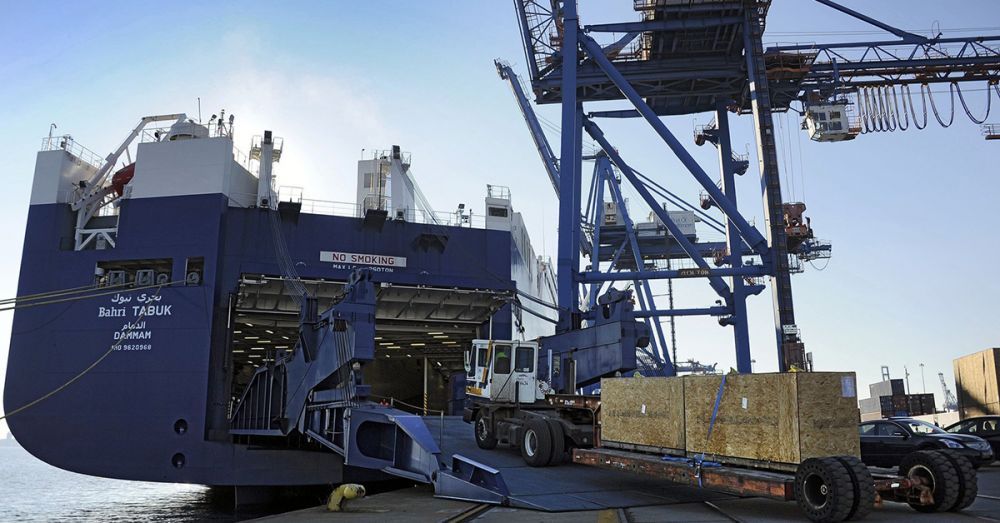 On 28 May, dockers working the port at the Gulf of Fos in Marseille refused to load the Saudi cargo ship, Bahri Tabük, which was intended to carry French arms to Saudi Arabia, whose regime is waging a barbaric war in Yemen.

Read the original in French at Révolution |

The general secretary of the CGT dockers in Marseille Fos, Laurent Pastor, said: "we will never ship weapons intended to kill civilians." He spoke of the history of the CGT's anti-imperialist struggle, such as in 1950, when Marseille's dockers paralysed the port to prevent the shipment of American arms to Indochina.

The Bahri Tabük was bound to set sail to the Saudi port of Jeddah, where the Islamic monarchy would use these French weapons against civilian areas in Yemen.

The actions of the Marseille port workers were not isolated. On Monday, 20 May, the Bahri Tabuk arrived at the port of Genoa and was blocked by the Italian dockers. This is reminiscent of 1971, when Italian dockers prevented American ships leaving for Vietnam.

It all started on 10 May, when the alarm was raised by the dockers of Le Havre, where the Saudi ship had to dock. But a massive mobilisation prevented this.

The war in Yemen has killed 10,000 people, wounded more than 60,000 and displaced 3.4 million, according to a partial report by the World Health Organisation (WHO). NGOs say the death toll is significantly higher; some estimate five-times higher.

Since the 13 December Stockholm Agreement, it is estimated that eight children are killed or injured daily in Yemen. Two-thirds of the country's regions are in a state of pre-famine. Such is the barbarity of imperialism, to which the French government contributes by selling arms to the Saudi regime.

The dockers of Le Havre, Genoa and Marseille show us how the class struggle and international solidarity could prevent imperialist wars. They also show us, once again, the potential power of the working class.