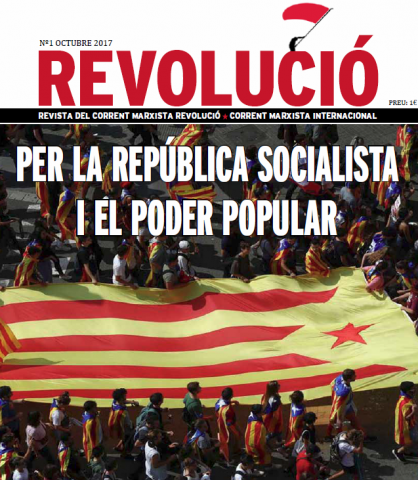 Events in Catalonia over the last few weeks have created the biggest crisis the 1978 regime has ever seen. The eruption of the masses onto the scene has changed everything. They have defied the Spanish state ban on the independence referendum on 1 October, defended the headquarters of the anti-capitalist CUP against an illegal police raid, guaranteed the opening of polling stations and brought the country to halt on 3 October to protest brutal police repression. Committees in Defence of the referendum have been set up in neighbourhoods and towns, and are now starting to coordinate.

The International Marxist Tendency comrades in Catalonia have intervened from the beginning, putting forward the perspective of a Catalan Socialist Republic as a spark for the Iberian Revolution. They have now produced the first issue of a Catalan language paper of the IMT, Revolució.

We are asking comrades and supporters internationally to make a donation to help this important work. Comrades in Catalonia need the resources to produce and print up to date material, for travelling costs and so on.

Give generously. Help build the forces of Marxism in Catalonia.