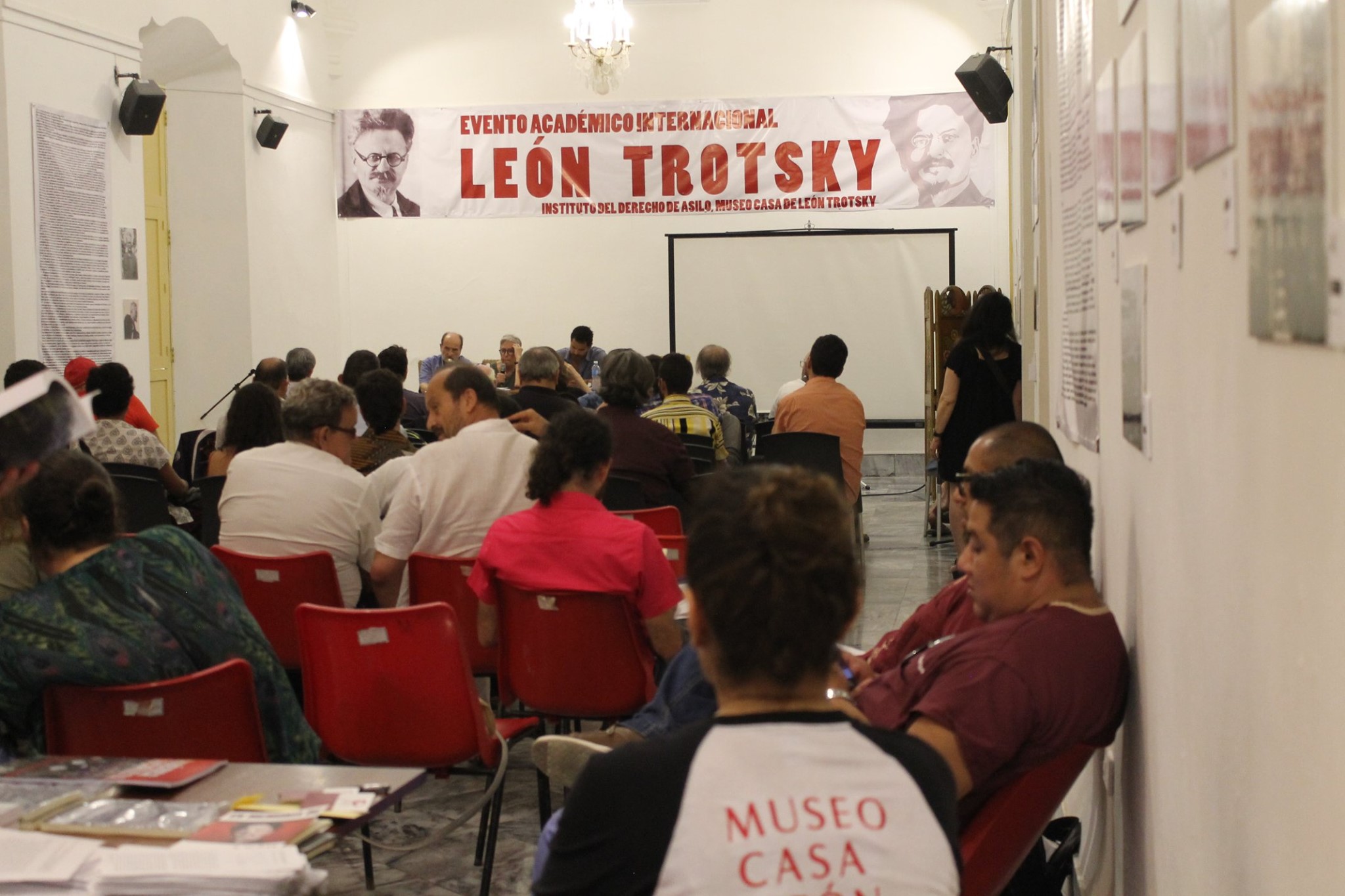 Despite a great many difficulties, an international seminar on Leon Trotsky was held in Cuba on 6-8 May. The event was convened by the Institute of Philosophy and with the participation of the Leon Trotsky House Museum in Mexico. The International Marxist Tendency’s presence was felt through the Carlos Marx Socialist Studies Centre and a message from Alan Woods.

Leon Trotsky is a key figure of Marxism. Julio Antonio Mella, a major figure in Cuban communism, is well known for his admiration of Trotsky, calling him "the dynamo of the revolution." Che Guevara, who died in Bolivia, carried in his suitcase books by the architect of the Red Army. Trotsky’s ideas have enormous relevance in Cuba, the Americas and the whole world.

The eternal relevance of Leon Trotsky

There is a growing interest in the Ideas and life of Leon Trotsky in Cuba. A book by the Cuban writer Leonardo Padura, The Man Who Loved Dogs, is a very faithful representation of the revolutionary Bolshevik and his murder. Despite all of this, there have been few spaces in Cuba for a discussion of his ideas. It is therefore of great importance that, despite all the difficulties, between 6-8 May, the Leon Trotsky International Academic Event took place under the auspices of the Institute of Philosophy and thanks to the generous efforts of Frank García Hernández.

The seminar was held at Casa Mexico “Benito Juárez”, located in Old Havana, which provided all the facilities, primarily at the initiative of director Miguel Hernández, who was instrumental in the realisation of this event. In the room where sessions were held, there was an exhibition of photographs of the Russian Revolutionary set up by the Leon Trotsky House Museum of Mexico City. This exhibition can be visited until 12 June in the house located at Obrapía 116, on the corner of Havana street.

The most Cubans in attendance came from Havana (including an abundance of students, professors and researchers) but also present were comrades from two other provinces (Matanzas and Villa Clara), and comrades from around 15 different countries. It is a pity that, given the great efforts exerted to carry out the event, many interested people did not find out about it, and the participation of the local public could have been much broader. Surely the turnout was not for lack of interest, since the presentation of The Revolution Betrayed at the Havana Book Fair in 2008 was held in an overflowing room, with more than 100 attendees. Among those attending the seminar was Leon Ferrera, the historical Cuban Trotskyist activist, who worked with Che after the triumph of the revolution. 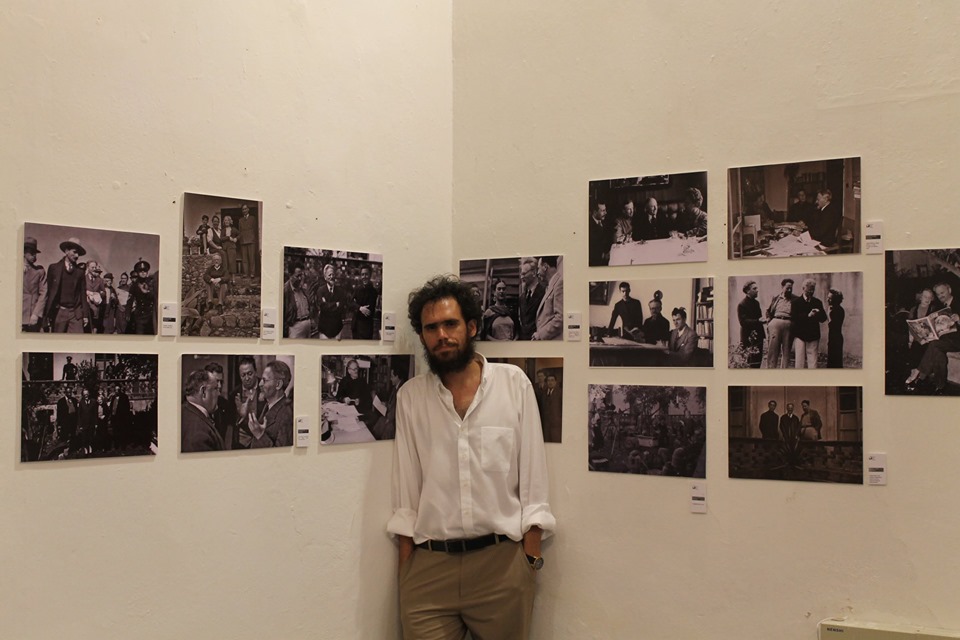 There was an exhibition of photographs of the Russian Revolutionary set up by the Leon Trotsky House Museum of Mexico City / Image: Centro de Estudios Socialistas Carlos Marx

There was a very tight schedule with seven separate panel debates, all related to Trotsky and the following subtopics:

In addition, a preview of the documentary, The Most Dangerous Man in the World, by director Lindy Laubman was screened, with a lot of unpublished film material. The material shown was interesting, although we still haven’t seen the final work as a whole.

Three books were presented during the conference: Trotsky in the Mirror of History, introduced by its author Gabriel García Higueras; the Latin American Writings and The Revolution Betrayed, by Leon Trotsky. This last iconic and seminal book was edited and published to coincide with this event by the Museo Casa Leon Trotsky and the Carlos Marx Socialist Studies Centre (the Spanish-language publishing house of the International Marxist Tendency). The edition has some introductory words by Trotsky's grandson Esteban Volkov and a foreword by Alan Woods. The book was presented by Mexican Trotskyist Ubaldo Oropeza, editor of La Izquierda Socialista, who briefly described the fundamental causes of the degeneration in the Soviet Union, explained by Trotsky in this book. He recounted how the isolation of the revolution at an international level, the ebb tide among the masses – marked by years of world war, civil war, famine, etc. – and the cultural backwardness of the country, were the basis of bureaucratic degeneration. Once in power, the bureaucracy had to find a "new" theory to sustain itself and it was found in the so-called "socialism in one country". When the bureaucracy felt secure, in the early 1930s, a "preventative unilateral civil war" began against everything that represented October: history was grossly distorted and the party purged. Intrigue, physical attacks, delation and espionage were common methods in this form of "politics". And to finish the job, the whole Bolshevik old guard was assassinated. A river of blood separates Stalinism from Bolshevism.

In one of the chairs, Comrade Wilder Pérez, from the Institute of Philosophy, stressed the importance of having this seminar in Cuba itself and of the presence of comrades from abroad. Trotsky is not an unknown character in the layers of the intelligentsia that defends the Cuban Revolution from a critical point of view. A teacher made a very well-structured and knowledgeable contribution about the theory of permanent revolution, explaining that, in the socialist states, these ideas are not discussed and should be disseminated more. For his part, the young Cuban student Yunier Mena made a presentation on art and literature, explaining the ideas of Trotsky and the contradictions faced by artists with the rise of the Stalinist bureaucracy.

Gabriela Pérez, the director of the Leon Trotsky Museum, where the exiled revolutionary was killed, also spoke at the sessions, talking about the function of the museum. In the middle of her contribution, a video made for this seminar was shown, where Esteban Volkov, grandson of Leon Trotsky and survivor of the first attack in the house of Coyoacán, was interviewed by Alan Woods, leader of the International Marxist Tendency. She also read a greeting that Esteban Volkov sent for the seminar in Cuba. 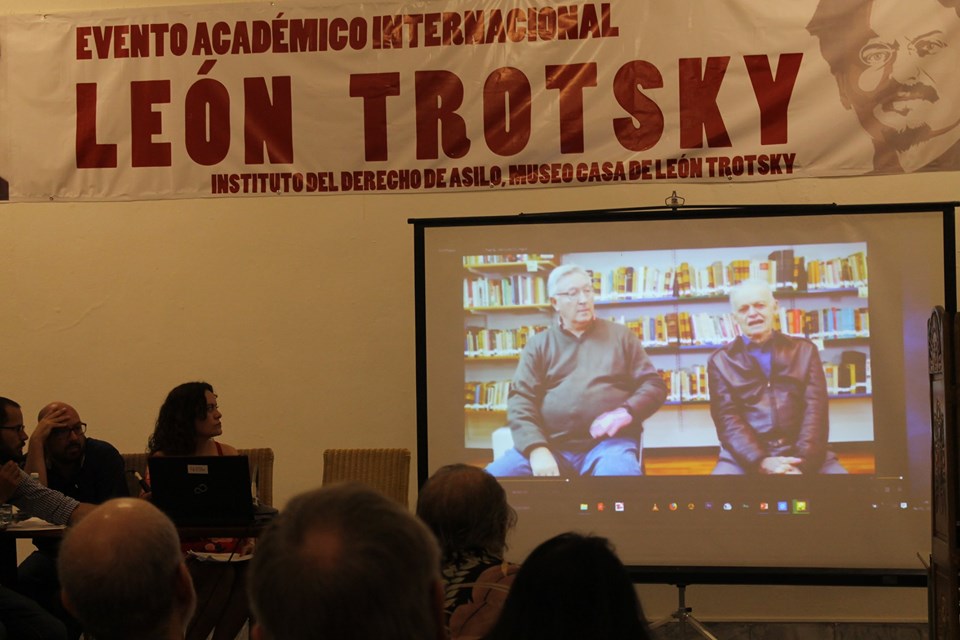 A video made for the seminar was shown, where Esteban Volkov, grandson of Leon Trotsky was interviewed by Alan Woods, leader of the IMT / Image: Centro de Estudios Socialistas Carlos Marx

The last panel was moderated by Yohanka León del Río and it was about Cuba. The Cuban researcher, Caridad Massón, from the Juan Marinello institute, gave a controversial exposition about the trial of Sandalio Junco, considered one of the first Cuban Trotskyists. Carlos Ricardo Márquez, from the Carlos Marx Socialist Studies Centre, explained that Julio Antonio Mella, since the moment he took the side of Marxism, showed his admiration for Leon Trotsky, something that would remain until the end of his life. This young Cuban revolutionary would come into contact with the Left Opposition and bring these ideas to Mexico and Cuba. In texts such as "Where does ARPA go?" one can notice the influence of the ideas of Leon Trotsky. In his speech, Carlos Márquez, also a contributor to the magazine América Socialista, ended by saying that, since the origins of Cuban communism, the presence of the ideas of Leon Trotsky have been felt, that these are not alien to the revolutionary tradition of this country and we must claim them.

This seminar was not held by chance, it was carried out by the insistence and persistence of the young Cuban intellectual Frank García Hernández, who works at the Juan Marinello Institute. He has studied the thought of Trotsky and the history of Trotskyism in Cuba. For this event to take place, he had to deal with a thousand bureaucratic obstacles and pressures at the highest level. Trotsky is not a forbidden character in Cuba, but study of his work and life is certainly not encouraged. There is a lot of interest in his ideas at all levels but it is also clear that there are people who do not want him to be known in depth and even try to block the study of his ideas.

All these complications resulted in changing the date of the seminar. The very material limitations in the Cuban revolutionary archipelago, beset by the blockade, were a huge difficulty. Much of the planning of the event was lost a few days after its completion inside a laptop that broke. It was a titanic job to coordinate accommodation for so many foreign guests, as well as meals, transfer of materials for the seminar (some of which were left in customs), get the meeting rooms and the screenings and the closing session. A key comrade in the organisational effort was the young Cuban journalist, Lisbeth Moya.

The ideas of Leon Trotsky shine with their own light, but we can not say the same of many who declare themselves Trotskyists, who are really groups with a narrow and sectarian mentality. Another difficulty for the organisers was dealing with a whole series of these strange groups, some of them with positions openly opposed to the Cuban and Venezuelan revolutions, that wanted to impose an ultimatum on those who had invited them. There was a serious danger that the seminar would get out of control, but fortunately the organisers dealt with these hurdles correctly.

At the end, a message from Alan Woods, leader of the IMT, was screened at the event:

The closing words of Frank García were very emotional. He began by thanking the people who helped hold the seminar, and offered special thanks to Ricardo Márquez and the Carlos Marx Socialist Studies Centre, for the support given to make this seminar possible. He added that the bureaucracy had put a thousand obstacles in our way, and thanked the Institute of Philosophy for their invaluable support in organising the event. His final words left no doubt about his position in defense of the revolution: "Neither kings, nor bureaucrats, nor bosses – towards communism!"

With this revolutionary and internationalist spirit, this historic seminar ended. The Cuban blog La Tizza reported that moment in the following way: "At around 7:00 pm on May 8, with closed left fists, The Internationale was heard in several languages, ​​sung by the participants. The event dedicated to Lev D. Trotsky ended and the universalisation of Marxism opened a new chapter, this time from Havana." 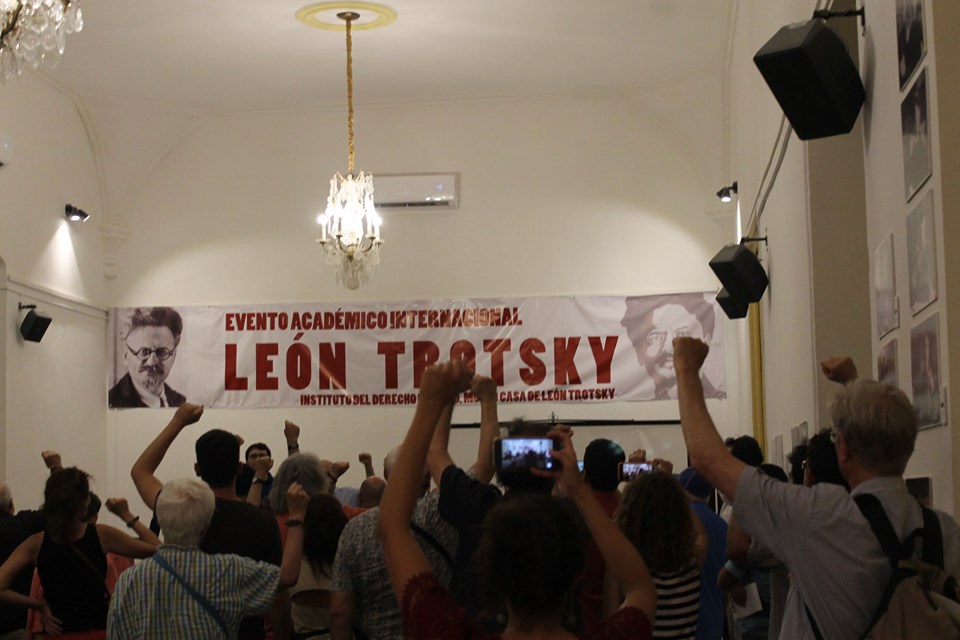 The seminar ended on a revolutionary and optimistic note. "Neither kings, nor bureaucrats, nor bosses – towards communism!" / Image: Centro de Estudios Socialistas Carlos Marx

In the evening, the Interactive Ensemble of Havana, a group of Cuban and Latin American musicians, gave a concert for those attending the seminar at La Bombilla Verde, where they presented a work composed expressly for the seminar, dedicated to Leon Trotsky.

The Cuban Revolution continues to have important reserves and strengths today, is in a process of profound transformations that are bringing new dangers from within. The need to establish workers' democracy, where workers have control of the state and the economy, becomes a vital necessity for the future of the revolution. The world we live in is characterised by enormous instability, where the great masses have exhausted their patience and the capitalist system can not solve their needs, thus opening the way to an intense class struggle that reaches the level of conflict between revolution and the counterrevolution.

Capitalism is submerged in an organic crisis, if Cuba returned to this system it would mean a historical regression: an economic and cultural debacle from which only a small minority would benefit. The way out is to extend the revolution, with an openly internationalist policy, as stated in "The theory of permanent revolution". That is why it is not only good to know the ideas of Leon Trotsky for their own sake: they are fundamental for the defense of the Cuban Revolution, and we hope that this seminar will inspire those who attended – and encourage those who did not – to learn, deepen and defend the ideas of the “dynamo of the Russian Revolution”.