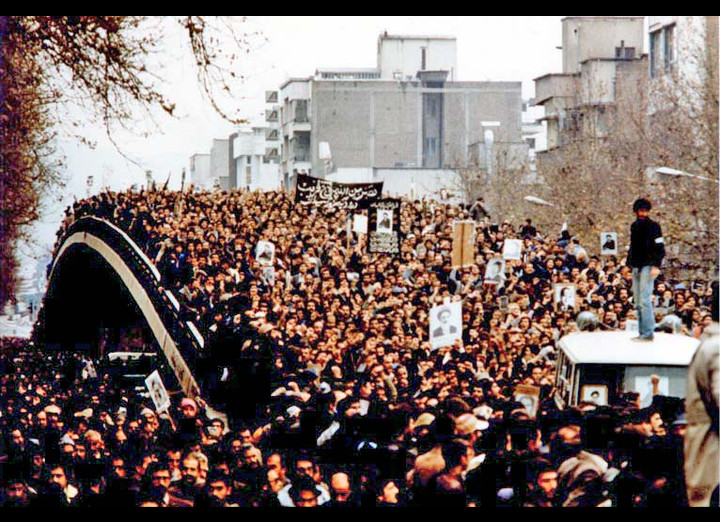 In mainstream history books and mainstream media articles commemorating the Iranian Revolution of 1979, only the role of the Islamic clergy in the revolution, particularly the role of Ayatollah Khomeini, tends to be highlighted. If one were to limit oneself to reading these stories it would appear that the Iranian working class hardly had a look in into those tumultuous events of February 1979.

The truth is that the 1979 revolution in Iran was a workers' revolution. Had it not been for the mobilisations of the working class, the Ayatollah and his friends would have remained in exile in France waiting for better days. Instead on February 1, 1979 Khomeini was able to return to Iran to be welcomed by a huge crowd of millions. Are we really to believe that this one man provoked and led the revolution? The truth is that he stepped into a situation that had been brewing for some time.

In the process of the rising militancy of the Iranian working class de facto Soviets, the workers' councils, were thrown up as expressions of genuine workers' power. The movement of the masses seemed all-powerful. It was so powerful that the army itself melted away, with many of the lower ranks and even some of the officers siding with the people. The once mighty regime of the Shah collapsed like a house of cards.

All the conditions existed for a rapid movement towards the setting up of a genuine workers' government in Iran. Had this materialised we would have seen a healthy workers' state being set up, the first of its kind since the Russian revolution in 1917. This would have transformed the whole balance of forces throughout the Middle East and beyond. A successful coming to power of the Iranian working class in 1979 would have marked the end of one despotic regime after another in the region, as similar conditions existed in the surrounding countries. Had this happened, the whole history of the region would have been different. It would have been the first step in the building of a genuine Socialist Federation of the Middle East.

— From Thirty years since the Iranian Revolution