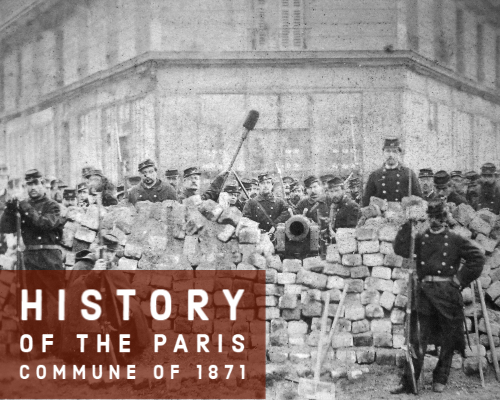 The following translation of Lissagaray’s Histoire de la Commune was made many years ago, at the express wish of the author, who, besides making many emendations in his work, wrote nearly a hundred pages especially for this English version. The translation, in fact, was made from the Histoire de la Commune as prepared for a second edition – an edition which the French Government would not allow to be published. This explanation is necessary in view of the differences between the translation and the first edition of Lissagaray’s book.

Written in 1876, there are necessarily passages in this history out of date today; as, for example, the references to the prisoners in New Caledonia, the exiles, and the amnesty. But for two reasons I prefer leaving this translation as it was originally. To have it ‘written up to date’ would only be making patchwork of it. Secondly, I am loath to alter the work in any way. It had been entirely revised and corrected by my father. I want it to remain as he knew it.

Lissagaray’s Histoire de la Commune is the only authentic and reliable history as yet written of the most memorable movement of modern times. It is true Lissagaray was a soldier of the Commune, but he has had the courage and honesty to speak the truth. He has not attempted to hide the errors of his party, or to gloss over the fatal weaknesses of the Revolution; and if he has erred, it has been on the side of moderation, in his anxiety not to make a single statement that could not be corroborated by overwhelming proofs of its truth. Wherever it was possible, the statements of the Versaillese in their Parliamentary Inquiries, in their press, and in their books are used in preference to the statements of friends and partisans; and whenever the evidence of Communards is given, it is invariably sifted with scrupulous care. And it is this impartiality, this careful avoidance of any assertion that could be considered doubtful, which should recommend this work to English readers.

In England especially most persons are still quite ignorant of the events which led up to and forced the people of Paris into making that revolution which was to save France from the shame and disgrace of a fourth Empire. To most English people the Commune still spells ‘rapine, fear and lust’, and when they speak of its ‘atrocities’ they have some vague idea of hostages ruthlessly massacred by brutal revolutionises, of houses burnt down by furious petroleuses. Is it not time that English people at last learnt the truth? Is it not time they were reminded that for the sixty-five hostages shot, not by the Commune, but by a few people made mad by the massacre of prisoners by the Versaillese, the troops of law and order shot down thirty thousand men’ women, and children, for the most part long after all fighting had ceased? If any Englishman, after reading Lissagaray’s History of the Commune, still has any doubt as to what the ‘atrocities’ of the Commune really were, he should turn to the Parisian correspondence for May and June, 1871, of the Times, Daily News, and Standard.[NB] There he can learn what kind of ‘order reigned in Paris’ after the glorious victory of Versailles.

Nor is it enough that we should be clear as to the ‘atrocities’ of the Commune. It is time people understood the true meaning of this Revolution; and this can be summed up in a few words. It meant the government of the people by the people. It was the first attempt of the proletariat to govern itself. The workers of Paris expressed this when in their first manifesto they declared they ‘understood it was their imperious duty and their absolute right to render themselves masters of their own destinies by seizing upon governmental power’. The establishment of the Commune meant not the replacing of one form of class rule by another, but the abolishing of all class rule. It meant the substitution of true co-operative, i.e., communist, for capitalistic production, and the participation in this Revolution of workers of all countries meant the internationalizing, not only the nationalising, of the, land and of private property.

And the same men who now cry out against the use of force used force – and what force! – to vanquish the people of Paris. Those who denounce Socialists as mere firebrands and dynamitards used fire and sword to crush the people into submission.

And what has been the result of these massacres, of this slaying of thousands of men, women, and children? Is Socialism dead? Was it drowned in the blood of the people of Paris? Socialism today is a greater power than it has ever been. The bourgeois Republic of France may join hands with the Autocrat of Russia to blot it out; Bismarck may pass repressive laws, and democratic America may follow in his wake – and still it moves! And because Socialism is today a power, because in England even it is ‘in the air’, the time has come for doing justice to the Commune of Paris. The time has come when even the opponents of Socialism will read, at least with patience if not with sympathy, an honest and truthful account of the greatest Socialist movement – thus far – of the century.

NB I need but refer readers to The Times’ account of the murders at Moulin Saquet and Clamart, long before the entry of the Versaillese into Paris, and to the accounts in the English press of the wholesale massacres after their entry. Here are a few extracts taken at random:

‘The shambles have been established at the end of the Boulevard Malesherbes, and it is a lugubrious spectacle to see each man and women, of all ages and conditions of life, defile past at intervals in that fatal direction. A party of three hundred moved across the boulevard only a few moments ago … At Satory, on Wednesday, a thousand of the captured insurgents revolted and got rid of their handcuffs … The soldiers fired into the crowd, and three hundred insurgents were shot… In one of the convoys of prisoners … a woman was being driven on by a gendarme, who goaded her with the point of his sabre till the blood ran … M. Galliret halted the column, selected eighty-two [prisoners], and had them shot there and then … As many as one thousand Communists were shot after their capture (June 1) … Human life has become so cheap, that a man is shot more readily than a dog. Summary executions are still [long after the fighting had ceased] going on wholesale.’ The Times, May-June 1871.

‘Several hundred insurgents who took refuge in the Madeleine were, it is said, bayoneted in the church … Eleven wagon-loads of dead bodies of insurgents have been buried in the common ditch of Issy … No quarter was given to any man, woman, or child … Batches of as many as fifty and one hundred at a time are shot.’ Daily News, May-June 1871.

‘The wholesale executions continue indiscriminately. Prisoners are taken down in batches to certain … places where firing-parties are stationed, and deep trenches dug beforehand … At one of these, the Caserne Napoléon, since last night five hundred persons have been shot… There are invariably women and boys among them … Prisoners are soon disposed of by a volley and tumbled into a trench, when, if not killed by the shots, death from suffocation must soon put an end to their pain. Two court-martials alone are shooting at the rate of five hundred a day. Two thousand dead bodies are collected round the Panthéon.’ Standard, June, 1871.