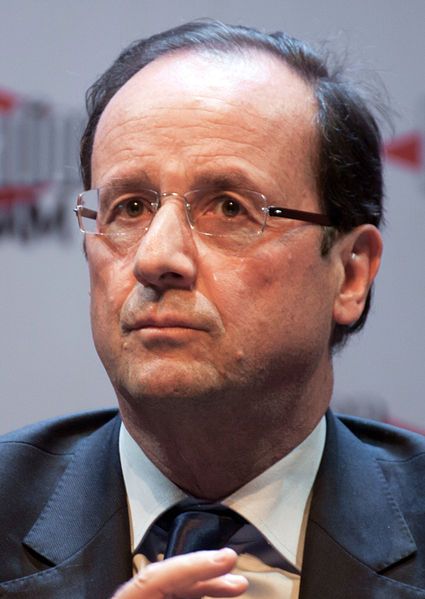 Since François Hollande came to power in May, unemployment figures have increased every single month. They have now gone over the 3 million mark. If we add those people who are surviving on a few hours work but who are registered as looking for a steady job, these official figures rise to 4.5 million. It is estimated that another 1 million people are out of work but, not being entitled to benefits, they are not registered at all.

There is very little hope that the monthly increases will stop in the foreseeable future. Citroën-PSA are cutting 8000 jobs. Air France plans to cut 5000. Alcatel-Lucent, Sanofi, SFR, Bouygues Telecom, Hewlett-Packard, Conforama, Doux, Groupama, Puma, Castorama, Novandie, Nouvelles Frontières... the list of companies announcing job losses is endless. In the building industry alone 35,000 jobs will have been lost in the course of 2012.

The Hollande government gives an impression of complete impotence. And in truth, this is more than an impression. Hollande and his ministers are the voluntary prisoners of capitalism, en an epoch of the decline of the system. Of course, the rich are getting richer. There is no such thing as a crisis for them! But their system can only remain in existence at the expense of the rest of society.

During his election campaign, Hollande claimed to be able to improve the conditions of working people, but promised at the same time that he would protect the interests of the capitalists. This is an illusion – or, more exactly, it is yet another example of the duplicity in which the leaders of the Socialist Party are so well versed.

To the capitalists of the MEDEF employers’ federation, Hollande promises to reduce “labour costs” and take measures to boost both profitability and make their businesses more competitive. This means increasing the rate of exploitation of workers one way or another. Under capitalism, the key to competitivity is maximum productivity for minimum wages. But at the same time, he promises to defend their living standards. He uses the same double-talk in relation to public spending. He solemnly declares to be opposed to “austerity”, but then champions European agreements which demand precisely that and says that public spending will be cut by a further 10 billion euros this year, on top of the cuts already applied by his predecessor Sarkozy.

This lying hypocrisy can sow a little confusion concerning his real intentions, but only for a while. We know that workers are very patient people, even when they are suffering. They want to believe those who claim to defend their interests. But this patience, necessarily, has limits. There are signs that things are already moving in that direction. And when these limits are reached, there will be a terrible backlash of social discontent and mass action on the part of the French working class.

Last July, when PSA announced the closure of their factory at Aulnay-sous-Bois, to the north of Paris, Hollande declared that this was “unacceptable”. But he accepted it nonetheless, and limited his reaction to politely requesting that the owners of the company should reduce the number of jobs they intended to destroy. Two days later, on July 16th, the right-wing newspaper Le Figaro jubilantly published an article entitled: Hollande recognises his incapacity to prevent the closure of Aulnay. This incapacity is a result of his refusal to take any serious measures against the capitalists. PSA should be nationalised, and the jobs guaranteed. Many workers at the factory are resigned to their fate. But all of them must feel betrayed by the government. Experiences like this are not lost on workers, both inside and outside the industries concerned. In time, they will draw the necessary conclusions.

In relation to education, Hollande promised to create 60,000 jobs in schools over the 5 years of his mandate. But for this first new school term, he created just … 1000 jobs, which means a net loss of 13,000, since Sarkozy had cut 14,000 jobs in schools for this year, before being thrown out of office.

Opinion polls, not surprisingly, show that support for Hollande is rapidly melting away. On September 9th he appeared on television in order to try to boost his image. He said that he expected the economy to emerge from the present crisis “next year”. This is a rather daring assertion, to say the least. Spain, Italy, Britain, Greece and other countries are in recession. The German economy is heading in the same direction. French GDP “growth” stands at 0%. Orders for industrial goods have fallen sharply. The manufacturing base of the French economy now represents no more than 12%, compared to 22% for Germany. The trade deficit for 2011 was a staggering 75 billion euros! Public spending cuts, growing unemployment, credit restrictions, falling investment and consumer spending mean that the market is shrinking, both in France and all over Europe. The full effects of the situation in Spain and Italy have yet to make themselves felt to their full extent in France. So where will the growth “next year” come from? Clearly, Hollande’s “optimism” is merely a means of playing for time. The truth is that he does not have the slightest idea of how to solve the problems he claimed he could solve during his campaign.

The rising intensity of the class struggle we have seen in Greece and Spain will not remain confined to these countries. It will occur in France over the next period. Neither the capitalists nor their “moderate” spokesmen who occupy many of the leading positions in the labour movement can offer a way out of the crisis. As society is driven further and further backwards, as the past conquests of the working class are increasingly undermined and destroyed, the preconditions for revolutionary upheavals are being prepared. Instead of confining themselves to defensive struggles against the consequences of the system, working people will come to the conclusion that they must attack the system itself. The mass meetings organised during the presidential elections around the Front de Gauche candidate Jean-Luc Mélenchon, some of them attracting more than 100,000 people, were an indication of the radicalisation of the more advanced layer of the workers’ movement. The period ahead will see a similar process among the working class as a whole. When this happens, revolutionary ideas will start to win a mass basis in France, as they have done in the past, but this time, on an historically unprecedented scale, and socialism will become not just a programme or a set of ideas, but a mass force for change.