Details
Our correspondent in Hungary
12 October 2010 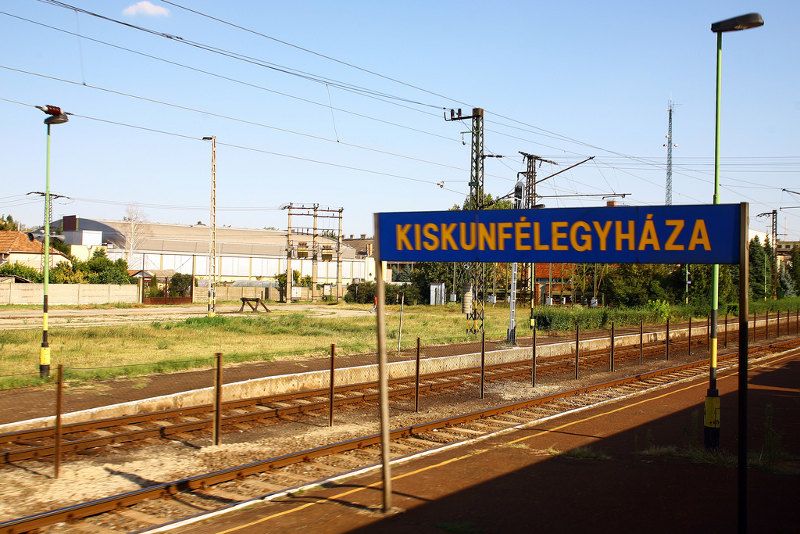 Hungary is not normally a place with a lot of strike action, not nowadays at least. However, one firm down in the Southern sandy parts of the country is facing a courageous fight by its workforce.

TE Ganz-Röck Zrt. was privatised in 1995 from the state owned large heavy industrial conglomerate which was one of the largest plants of pre-1990 Hungary. The current enterprise lists on the internet its profile as manufacturing boilers for heavy industry and power generation, pressure control equipment, chemical plant and heat exchangers.

Along with many of the heavy industrial enterprises in Eastern Europe, TE Ganz-Röck Zrt. has been having problems in keeping afloat. Often the order books are empty, but even more often there are plenty of orders but problems of liquidity force management to live from hand to mouth and hope for subsidies to keep them going. They have been having problems for at least the last year and in the way of all managements paid themselves first and best from any income that was coming in. The next in the line were the suppliers (if they were lucky) and the workforce always the last.

The current strike is not the first this year. Time and time again the workforce has had to go on strike to force management to pay them at least part of what they were owed in wages, but this time the mood is very positive and very determined. It is now over six months since they have seen any wages and for some time now the plant has been closed with the electricity turned off. In May 20 workers handed in their notice and left to look for work elsewhere, but that still left about 350 of them willing to fight on.

The remaining group consists of workers of all ages, amongst them many old timers who still consider that they have to fight not just for themselves but for the survival of their community. Kiskunfélegyháza is a small town in the South of Hungary with not much industry and high unemployment. They know that to save the factory is to save their town a town that is near bankrupt, a town that had to have an emergency loan recently to survive and to be able to pay its officials. The price was the closure of the hospital and further cuts are expected.

The push to reactivate the strike, establish a strike committee and appoint pickets was the news that the German firm Alstom is preparing to remove the half finished goods of its order from the factory. About 40-50 of the workforce returned to guard the goods and established lines of communication to management. They are not stopping access to the goods, just refusing to pack and dispatch them as they are on strike.

The other night the 12 or so pickets present prevented an attack by some hired thugs dressed in black from top to bottom by calling for help and now they are manning the perimeter in even bigger numbers at night than during the day. They have only one condition for packing up and dispatching the goods: the payment of all wages owed. After that they are ready to negotiate about reopening the production line and working on any more orders.

The Kiskunfélegyháza regional community web site, run by István Kovács reporting on the strike describes in great detail the positive mood and determination of the strikers. They consider themselves the guardians of the factory and have found marvellous solidarity from other workers in support. They managed to turn back several lorries when the drivers, having seen the STRIKE notice at the gate, offered solidarity and turned back. Even a scab workforce recruited in Serbia turned away when faced with having to be strike breakers. The support they are now getting nationally and internationally is growing and that gives them hope for a victory.

This growing support and their mood for a fight should disprove those with a negative view of the strength and potential of the working class to fight even against overwhelming odds. These workers instinctively know how to fight and filled with a sense of their own strength want to save their factory and their community. What they will now need is lots more support and a realisation that even if they win this time, to safeguard their achievements they will have to consider to widen their horizons and fight against the very system that caused their problems in the first place.