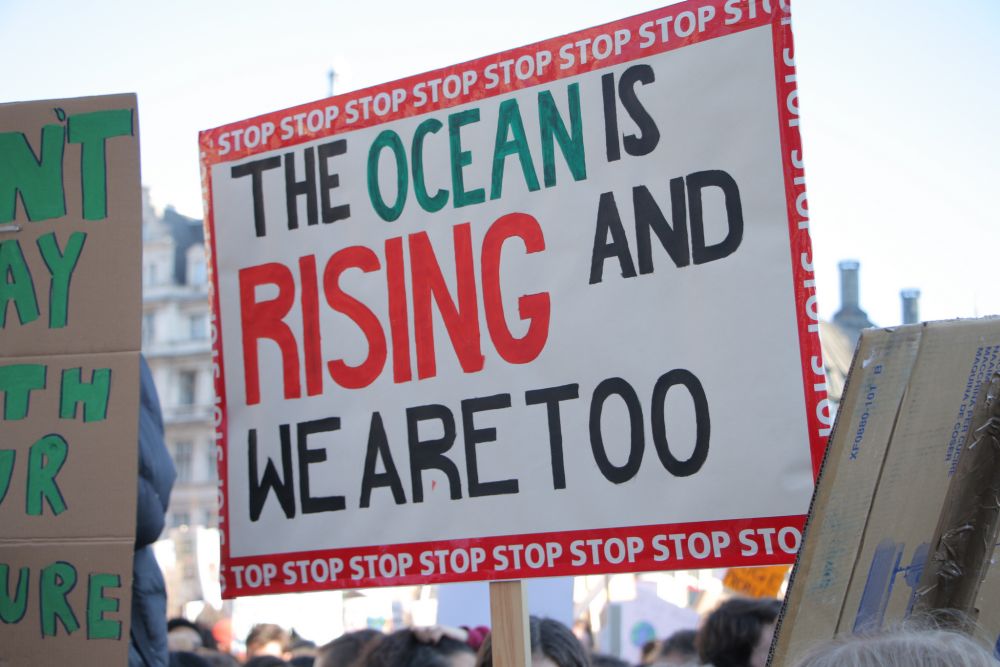 “The ocean is rising, and we are too.” So read one placard at the recent #YouthStrike4Climate in London. Young people across the world are taking to the streets to address the burning issue of our epoch: the impending climate catastrophe. Starting in Sweden last August with the weekly protests of one school student, Greta Thunberg, the youth strikes have rapidly spread internationally. In every country the situation is the same: a new, radicalised generation is entering into political activity, demanding action and system change to avert environmental destruction.

Climate change is no longer a thing of the future. Already, hurricanes are becoming more powerful, forests are burning, people are dying from heat waves, drought, floods, and famine. Such extreme weather events are quickly becoming the rule, not the exception.

The oceans are polluted by plastic and chemical waste, killing off fish and other marine life. Underground water supplies are drained or polluted, leading to a widespread scarcity of this most essential of resources. Every year, species are becoming extinct through the senseless destruction of ecosystems.

Immediate action is needed. A massive reduction in emissions and pollution levels is essential. And large-scale mitigation measures must be taken, such as the construction of flood defences and reforestation. But the capitalists and their political representatives are completely incapable of carrying out the radical changes that are required.

Global action is needed to solve a global problem, but capitalist governments are impotent. This inertia at the top, however, is not simply due to an absence of political will. World ‘leaders’ are not passive on this question because they lack determination but because their primary purpose is to defend the capitalist system, not the future of humanity or the planet. Greta Thunberg, in her speech to the UN Climate Change Conference, stated that:

“If solutions within the system are so impossible to find, maybe we should change the system itself. We have not come here to beg world leaders to care. You have ignored us in the past and you will ignore us again. We have run out of excuses and we are running out of time. We have come here to let you know that change is coming, whether you like it or not. The real power belongs to the people.”

This goes to the heart of the matter. Thunberg points out that scientists are being ignored, and asks for governments to listen to the scientific evidence and advice. But the capitalists and their politicians will not be persuaded by moral arguments, nor by facts and figures. At the end of the day, we cannot expect this out-of-touch elite to do anything to protect the earth, as their only criterion is maximising profit at the expense of the rest of us.

It is the current economic system, capitalism, which is killing our planet. Its insatiable pursuit of short term maximum profit is responsible for the race to the bottom in which environmental standards and living conditions are driven ever further down. It is big business that decides what is produced and how it is produced. But this is not done according to any plan. Instead, our economy is left to the so-called ‘invisible hand’ – that is, to the anarchy of the market. 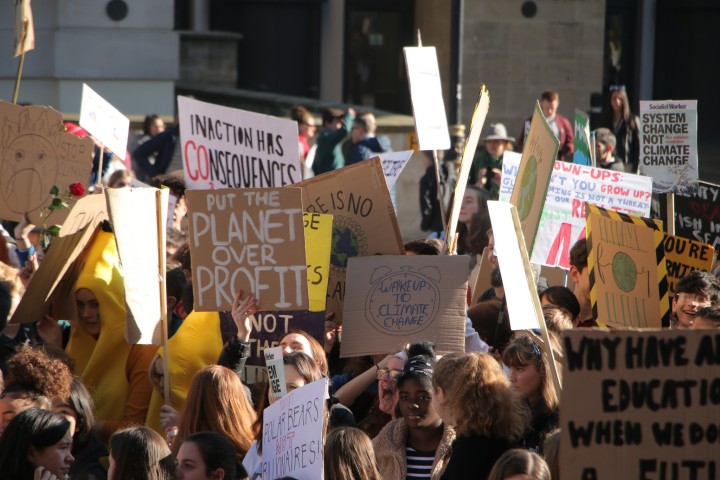 "It is the current economic system, capitalism, which is killing our planet" / Image: Socialist Appeal

Corporations will cut corners and ride roughshod through regulations wherever necessary in order to reduce costs, outcompete their rivals, capture new markets, and maximise their profits.

The Volkswagen emissions scandal demonstrates this clearly. Most of the giant diesel car manufacturers were found to be cheating on vehicle tests, allowing them to evade tighter emission standards. Meanwhile, politicians offered tax breaks on diesel cars. The consequence was a drastic fall in urban air quality.

Micro-plastics are another example. Companies – left to their own profiteering devices – have polluted the oceans and their inhabitants with tiny bits of plastic. The consequences of this could easily have been predicted (and avoided) in advance. But the system only reacts once the damage is already done, and then only in a piecemeal fashion.

Capitalist politicians have nothing to offer in response to this destruction. All they can suggest is that we must club together and make individual choices to reduce our environmental footprint.

But the ‘solutions’ that flow from this are entirely reactionary. In essence they are just a ‘greenwashing’ of austerity – telling workers and the poor that they must tighten their belts to solve a problem created by the capitalists and their rotten system.

Most importantly, this liberal, individualistic mantra flies in the face of the facts. One recent study, for example, showed that 100 big companies (mainly big fossil fuel producers) are responsible for over 70 percent of greenhouse gas emissions.

This highlights where the real blame for climate change lies. But it also points the way forward. These major monopolies generate the lion’s share of environmental damage. Nationalised under a socialist plan of production, however, they could employ modern green technologies to slash emissions and pollution in the space of a few years.

By combining the best scientific minds with the skills of workers in industry, under democratic workers’ control, we can put all of society’s technological abilities and resources at the service of humanity and the planet.

Left-wing political and social movements are on the rise around the world. The task now is to take the militancy and radicalism of the student climate strikes into these wider movements, with workers and youth fighting together for bold socialist environmental policies.

In some countries, the climate strikers have correctly reached out to the trade unions for support. This is the correct approach. The unions must now respond by supporting students with mobilisations and strike action. This is not just an issue for young people, but something that affects all workers.

The power of the organised working class, armed with a socialist programme, would be unstoppable. As the Marxists have always stated, not a lightbulb shines and not a wheel turns without the permission of the working class.

Only by abolishing the capitalist system and replacing it with socialism can we plan the planet’s resources in a democratic way. Only with the socialist transformation of society can we satisfy the needs of the majority in harmony with the environment, instead of generating profits for a parasitical minority.

The technology and science exists to deal with climate change. But under capitalism, these forces are destroying planet earth, not saving it. Socialism or barbarism: that is the future before us. We need a revolution.