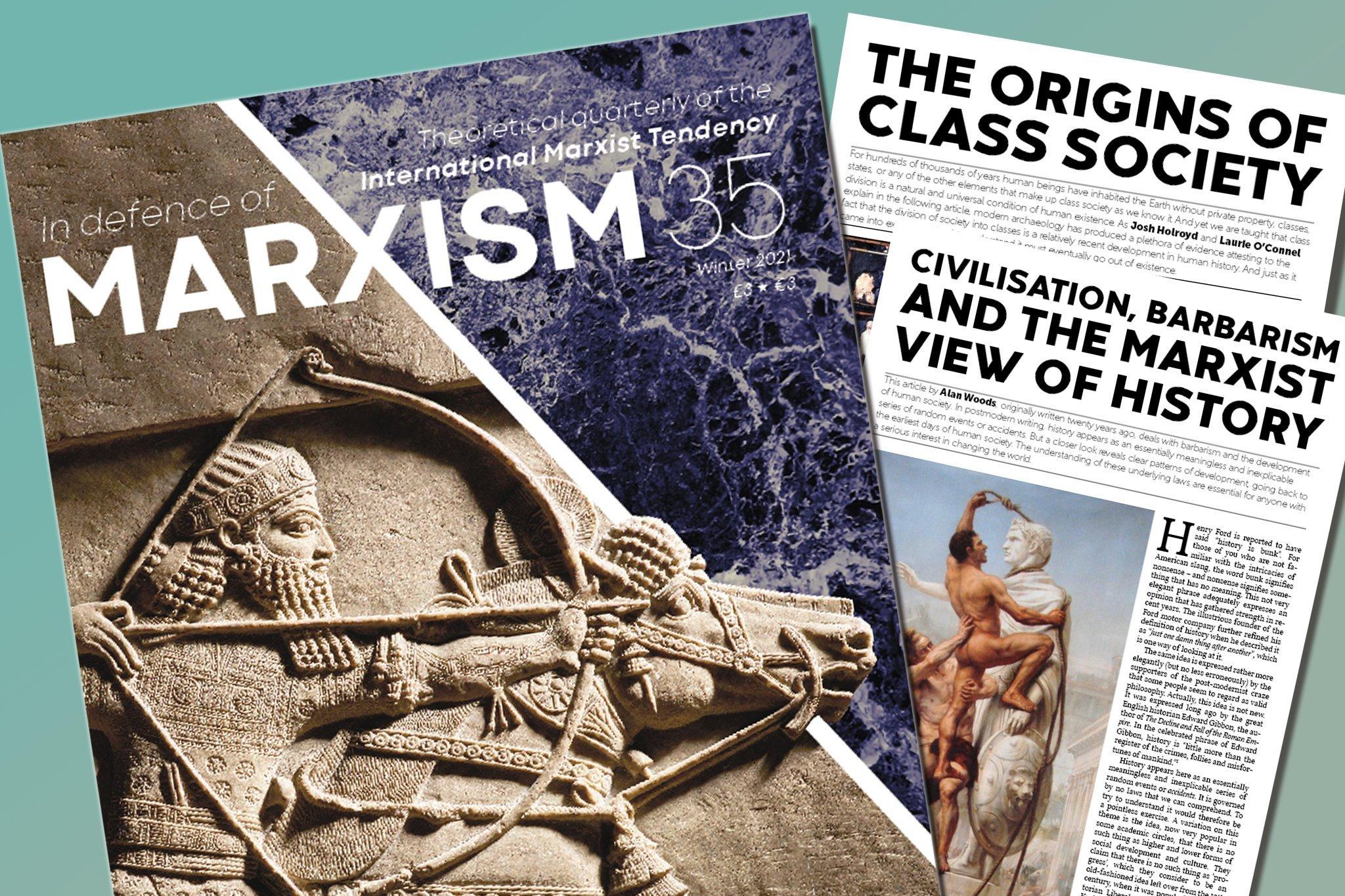 The International Marxist Tendency proudly presents the Winter 2021 issue of the In Defence of Marxism theoretical journal! This latest edition is themed around the topic of historical materialism. We publish below the editorial by Alan Woods.

The success of the first issue of the new In Defence of Marxism magazine has surpassed even our most optimistic expectations. Our readers have given a particularly enthusiastic welcome to our emphasis on Marxist philosophy, and in particular to our polemic against the postmodernist craze.

As we pointed out, this so-called ‘philosophy’ is a many-headed Hydra. Its pernicious influence extends into many fields, and this polemic will continue so as to expose them, one by one. The present issue is dedicated to a particular field where the negative influence of postmodernism has had its most destructive consequences – the study of history.

We are pleased to present a new and thought-provoking study of the origins of class society by Josh Holroyd and Laurie O’Connel, together with a reprint of my article on Civilisation and Barbarism, which was written in 2005 but which has not been readily available for some time.

Self-styled philosophers of the postmodernist kind deny the possibility of finding any rational explanations for human history. It is alleged that there are no general laws, no objective factors that lie behind the conduct of individuals and determine their psychology and behaviour.

From this standpoint – the standpoint of extreme subjectivity – all history is determined by individuals acting according to their own free will. To attempt to find some inner logic in this turbulent and lawless sea would be as futile an exercise as to try to predict the precise momentum and position of an individual subatomic particle. 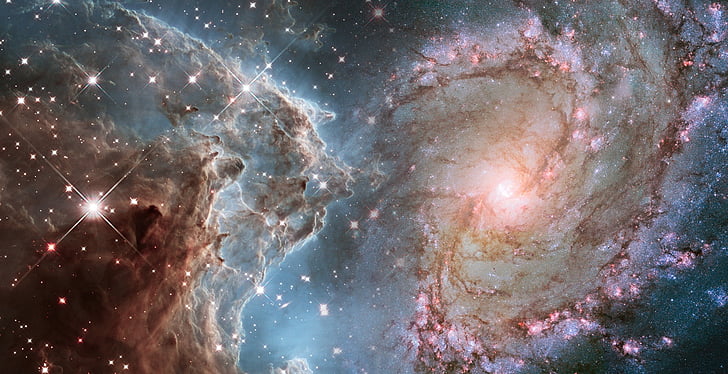 Modern science teaches us that everything in the universe, from the smallest molecules and atoms to the biggest galaxies, are governed by laws. Why should we accept that the entire universe is governed by laws, and yet, for some strange reason, our own history is not? / Image: hippopx

Despite a certain superficial attractiveness, this subjective approach to history is quite empty. It signifies a complete abandonment of any attempt to discover the laws whereby human society has evolved, since it denies the very existence of any such laws.

Now, if you come to think of it, this is a very extraordinary claim. Modern science teaches us that everything in the universe, from the smallest molecules and atoms to the biggest galaxies, are governed by laws, and it is precisely the discovery of such laws that is the main task and content of science.

Why should we accept that the entire universe, from the smallest particles to the most distant galaxies are determined, and the process that determines the evolution of all species, are governed by laws, and yet, for some strange reason, our own history is not?

That human beings are complex both on an individual and collective level hardly needs to be stated. After all, the human brain is the most complex organ known in the entire universe, and history is determined by an extremely complex interplay of many different minds, pursuing very different objectives.

Yet it is patently untrue that human behaviour cannot be understood. Engels pointed out long ago that, whereas it is impossible to predict when an individual man or woman will die, it is perfectly possible to make such a prediction in the aggregate, a fact out of which insurance companies make healthy profits.

In the same way, while it is not possible to determine with sufficient accuracy the position and momentum of a single subatomic particle, it is possible to make very precise predictions when dealing with a very large quantity of such particles. In dialectics, this is known as the transformation of quantity into quality.

The Marxist method analyses the hidden mainsprings that underpin the development of human society from the earliest tribal societies up to the modern day. The way in which Marxism traces this winding road is called the materialist conception of history. 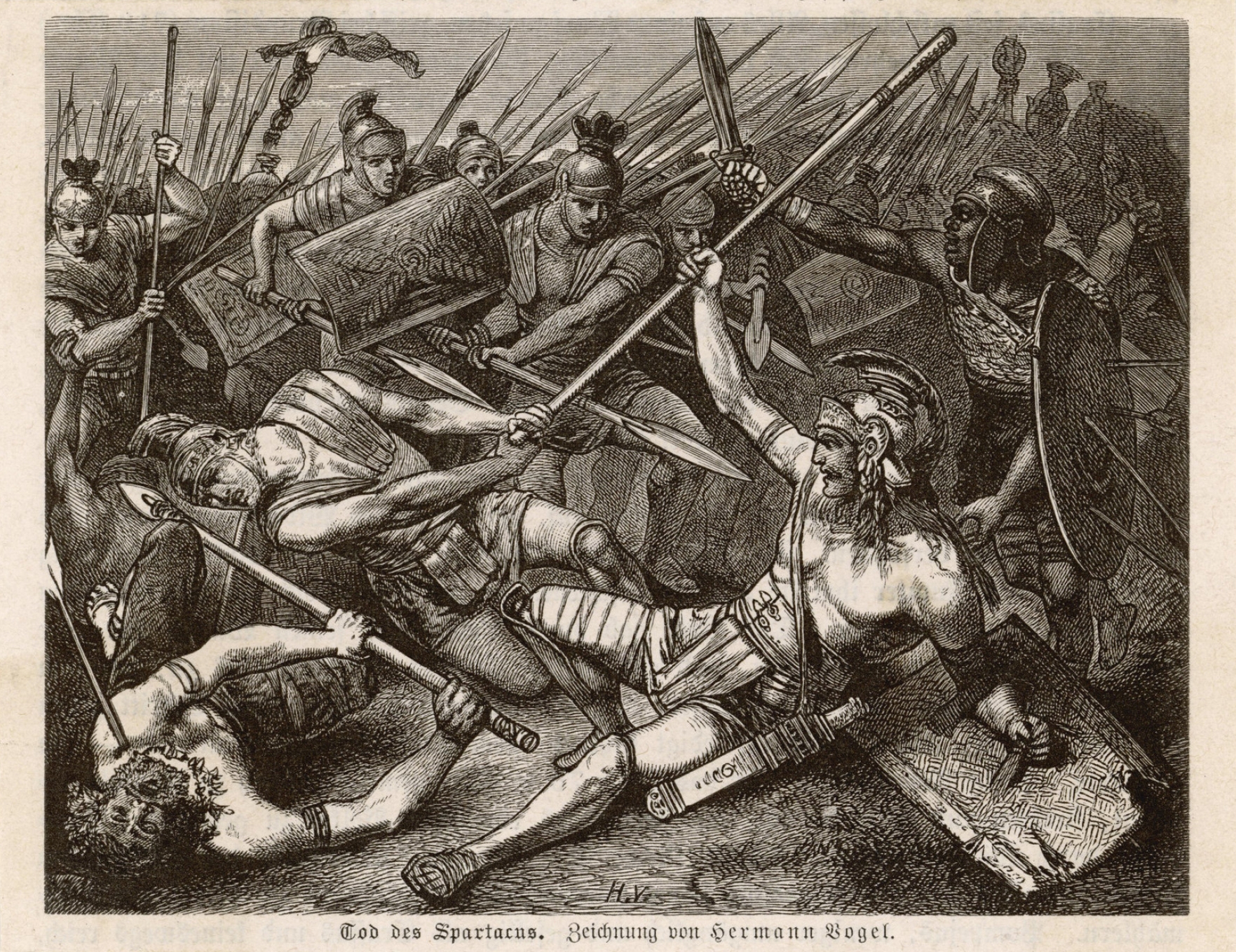 The Marxist method analyses the hidden mainsprings that underpin the development of human society from the earliest tribal societies up to the modern day / Image: Hermann Vogel

Very often, attempts are made to discredit Marxism by resorting to a caricature of its method of historical analysis. There is nothing easier than erecting a straw man in order to knock it down again. The usual distortion is that Marx and Engels “reduced everything to economics.” This absurd caricature has nothing to do with Marxism.

What Marxism does assert – and it is a proposition that surely nobody can deny – is that in the last analysis, the viability of a given socio-economic system will be determined by its ability to develop the means of production, that is to say, the material foundations upon which society, culture and civilisation are built.

This scientific method enables us to understand history, not as a series of unconnected and unforeseen incidents, but rather as part of a clearly understood and interrelated process. It is a series of actions and reactions which cover politics, economics and the whole spectrum of social development.

To lay bare the complex dialectical relationship between all these phenomena is the task of historical materialism. Humankind constantly changes nature through labour, and in so doing, changes itself.

The idea that history knows no laws, that it is merely a series of unconnected random events, is very convenient for the defenders of the present system, for whom capitalism (or something very like it) has always existed and always will exist.

But this comforting theory is not borne out by the known facts. Even the most superficial observer of history will immediately see the existence of definite patterns. Certain processes are constantly repeated: the rise and fall of certain socio-economic formations, societies and civilisations, economic crises, wars and revolutions. 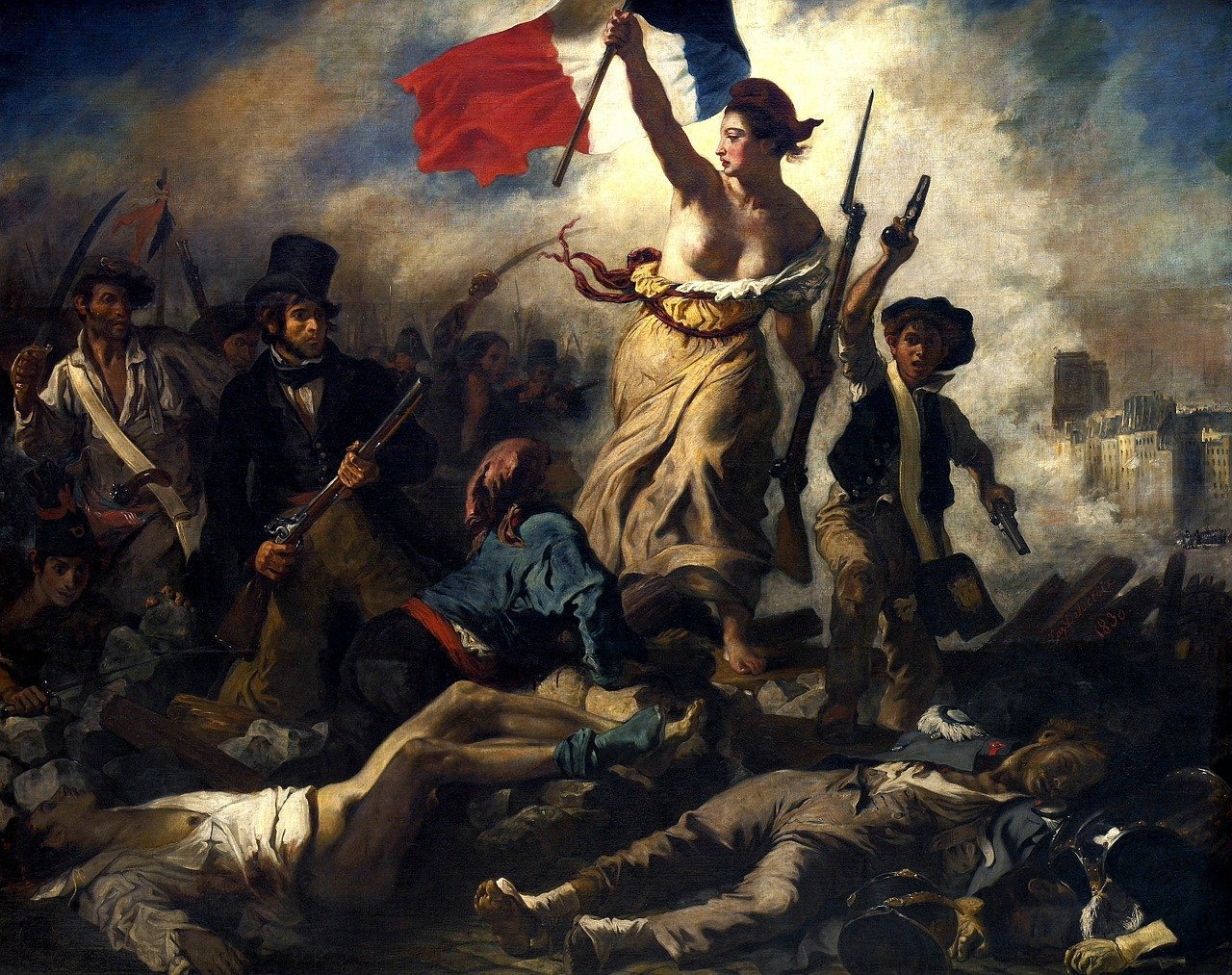 Just as individuals are born, grow, reach maturity, and then enter into a phase of decline, ending in death, and just as in evolution, long periods of stasis are followed by sudden explosions that can impel development or lead to reversals and decline, so we see a similar process in the history of definite socio-economic formations throughout the course of history / Image: public domain

Just as individuals are born, grow, reach maturity, and then enter into a phase of decline, ending in death, and just as in evolution, long periods of stasis are followed by sudden explosions that can impel development or lead to reversals and decline, so we see a similar process in the history of definite socio-economic formations throughout the course of history.

Slave society was succeeded by feudalism, which in turn was succeeded by capitalism, which has been the dominant socio-economic formation for the last three hundred years. Those centuries witnessed the most astonishing revolutions in science, industry, agriculture and technology ever seen. But this has now reached its limits. We are now living in just such a period of decline – the death agony of capitalism.

Some will doubtless see the entire course of history, to quote the words of the great historian Edward Gibbon as “little more than the register of crimes, follies, and misfortunes of mankind.” But at a deeper level, far more fundamental forces are exerting themselves.

Every successive socio-economic formation opens up the possibility for a greater development of the productive forces and therefore increases humanity’s power over nature. In this way, the material basis is prepared for what Engels described as humanity’s leap from the realm of necessity to the realm of freedom.

It is the task of socialism to realise the colossal potential for human development that has already been brought into existence by capitalism, but which it is powerless to bring to fruition. That is our task. And the prior condition for its realisation is the demolition of the existing order and the rebuilding of society on a new and higher foundation.

A most necessary step in this work of demolition is to demolish the rotten ideological foundations of the present order, and that is the task we are performing here.

Translated into multiple languages, readers can subscribe and will receive the In Defence of Marxism magazine four times a year, posted to your door. Or you can choose to subscribe to our digital editions, which will land directly in your email inbox. 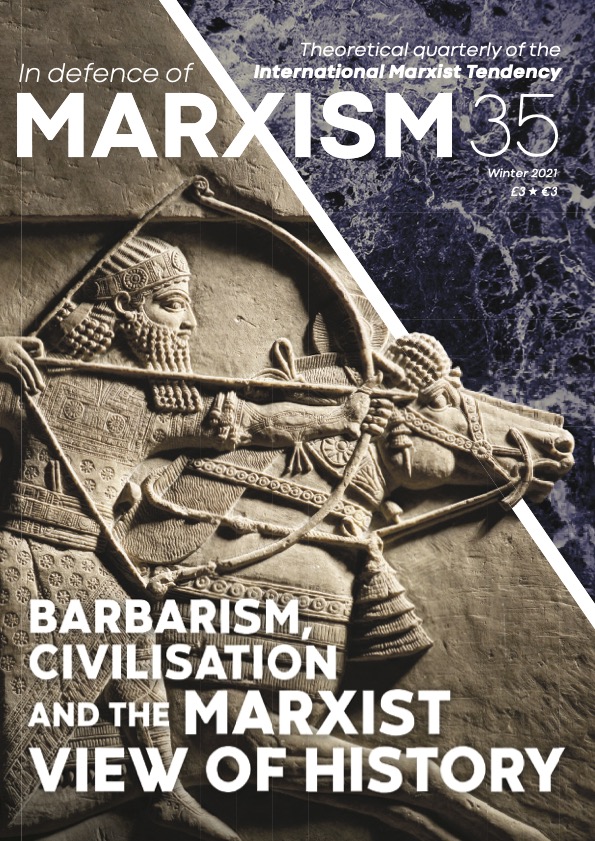 As Engels explained, alongside the economic and political struggle, there is the equally important struggle for theory. The In Defence of Marxism magazine is part of this struggle / Image: own work

In the new issue, Josh Holroyd and Laurie O’Connel examine the origins of class society. By analysing the development of the earliest civilisations, we come to understand the material basis for class exploitation and oppression under capitalism have not always existed. And if there was a time before class society, with all its exploitation and inequality, came into existence, this means they can be brought to an end (The Origins of Class Society).

Secondly, Alan Woods exposes the idea that history is a random series of events or accidents. The method of historical materialism reveals clear patterns of development going back to the earliest days of human society. In this article, the pessimistic and reactionary ideas of the bourgeois historians are exposed as Alan provides genuine answers to whether historical progress exists, and whether society can move forward out of capitalism (Civilisation, Barbarism, and the Marxist view of History).

As Engels explained, alongside the economic and political struggle, there is the equally important struggle for theory. The In Defence of Marxism magazine is part of this struggle, as a tool and a weapon for revolutionary class fighters all over the world, offering serious Marxist analysis on theoretical questions and burning issues facing the labour movement.

The In Defence of Marxism magazine is a must have for all advanced workers and youth who wish to arm themselves with the revolutionary ideas and the method of Marxism. Subscribe here to get your copy; read and study it with your comrades, workmates or classmates, and prepare for the dramatic events to come!