India
Share
Tweet
At the end of March a young girl in New Delhi, the youngest of four siblings in the family, was desperate for a job, which, in spite of a degree obtained in England, she had not been able to find for several months due to the employment crunch and was thus led to committing suicide in a state of depression. 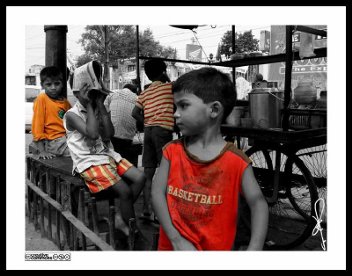 At the end of March newspapers reported on the suicide of a girl in New Delhi, who after acquiring an MBA degree from England had returned to India. The girl, the youngest of four siblings in the family, was desperate for a job, which she had not been able to find for several months, due to the employment crunch and was led to committing suicide in a state of depression. This is not a one-off incident, rather it is one among so many, arising out of the desperation into which working people are being thrown by the ever-deepening recession.

Unable to bail out capitalism from this downturn of the economy, the governments of all capitalist nations are striving hard to bail out the capitalists. One after the other, bailout packages are being generously distributed by these governments to the owners of capital. At the cost of the public exchequer, the governments are making arrangements for luxuries for multi-millionaires.

Not only the rich, but their politicians and bureaucrats are also wallowing in luxuries. At a time when desperation among the common people has already reached so high, and no way out seems to be in sight, the elites are engaged in playing with public money. On Monday, an airship ‘Air Force One’ was included in the Indian Air Force. This airship is a custom-made airplane that has been purchased at a cost of 245 Crore rupees. This is meant for air-travel of VIPs. The corporate media run with the money of the rich, blacks out such news in a calculated manner, as this kind of news tends to open the eyes of people. The President of the US, already has such an airplane to travel in. This plane is fitted with all imaginable luxuries and is said to be immune even against a nuclear attack.

The capitalists, who continued to make heaps of money to the exclusion of the common people during the boom in the world economy, now in these times of crisis, have been allowed free access to public money at the disposal of their governments, while the working people are being made to pay for and bear the brunt of this crisis. Crisis for them has become a pretext to loot the money of the public exchequer.

Needless to say that open looting of public money, is in addition to the huge wealth which they have already siphoned off to illegal investments in the black economy and to foreign banks. According to the recent annual report issued by the Government of Switzerland, India is the ‘number one’ country, to have deposits of about 75 Lakh Crore in Swiss banks. This amount is 12 times to aggregate foreign credit standing against India, and just the interest on this amount would be equal to the total annual budget of India. Russia is at number two, Britain at number three, Ukraine at number four and China at number five. The government of Switzerland has stated that it is ready to disclose the details of these accounts, if the concerned government requests so. The point is that none of the governments have made any such request. 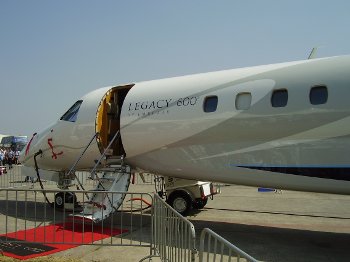 Whilst the poor people of India are forced to pay dearly for the recession, the government is buying luxury jets.

The impending general elections in India, reveal beyond any doubt that the leaders of different political parties contesting for the Lok Sabha [parliament], belong to the propertied classes and thus any future government would be a government of the rich and elite of India. The young Rahul Gandhi, has declared his assets of 2.25 Crore Rupees, in the declaration made to the Election Officer, which of course is estimated on the entered purchase value of his properties, which as everyone knows are highly understated. The Stalinists in the Left Front, after being kicked out of the UPA, have joined the bandwagon of the ‘third front’, with other opportunist pro-rich parties, which would continue the same policies and would betray all election promises and the aspirations of the people, if they ever manage to seize the reigns of power.

Working people, on the other hand have hardly any choice in their hands. Thanks to the policies of the Stalinist and Maoist leaders, the working class, disorganised and disoriented by the lack of leadership on how to fight against the economic crisis, is not yet in a position to pose a serious challenge to the unbridled policies of capitalism. Apart from all other things, the elections have brought to the fore the treacherous role being played by the Stalinist leaders of the CPI-CPM within the Indian labour movement. The Stalinist and Maoist leaders are all sowing illusions among the working class about a so-called ‘democratic revolution’ in alliance with a section of ‘progressive’ capitalists that can supposedly be won over in support thereof. Since time immemorial they have been awaiting the golden moment when these non-existent ‘progressive capitalists’ would spring up from nowhere, to complete their cherished dream of a real democratic power. According to them, the working class is too weak to take power and establish its rule through a proletarian socialist revolution in India. According to their Menshevik arithmetic, India, being a backward agrarian country, is not mature for a proletarian overturn, which could establish the rule of the working class. It is through this false rhetoric, that they have misled the working class for about three quarters of a century and have prevented it from acting against the capitalists, to take power out of their hands.

There is no doubt that the pernicious influence of Stalinist and Maoist ideas for many decades now, has seriously affected the working class movement. At a time when capitalism is in the grips of its worst crisis for many decades, the bourgeoisie may console itself with the fact that the labour movement and its organisations are in crisis. The crisis of the working class movement, at present, however, is the crisis of its leadership, which unfortunately still remains in the hands of Stalinists and Maoists.

There can hardly be any talk of a fight against capitalism, without first waging a struggle against the false policies of the Stalinists and Maoists, thus freeing the working class from the selfsame Menshevik visionaries of a ‘democratic revolution’ in collaboration with so-called ‘progressive capitalists’.