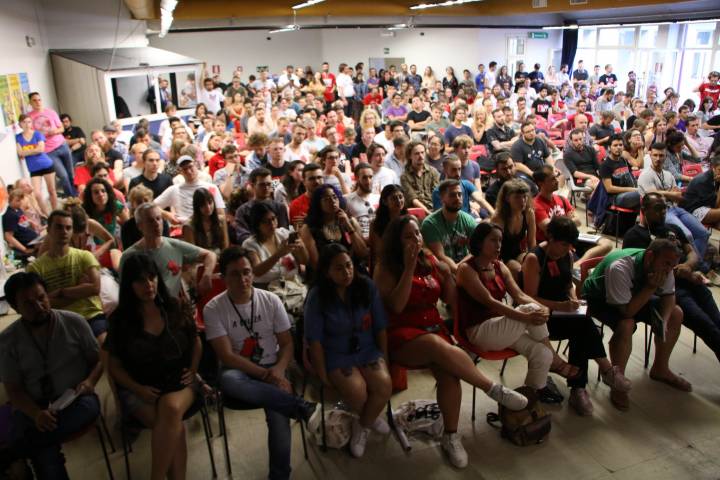 During the week of 23-30 July, Marxists from across the world attended the International Marxist Tendency’s world school in northern Italy. Attendees came from as far away as Pakistan, Canada, Mexico, Brazil, Venezuela and South Africa. From Europe, there were visitors from Britain, Italy, France, Spain, Germany, Switzerland, Sweden, and Yugoslavia, amongst other places. In total, around 400 comrades from across the globe partook in this exhilarating event. 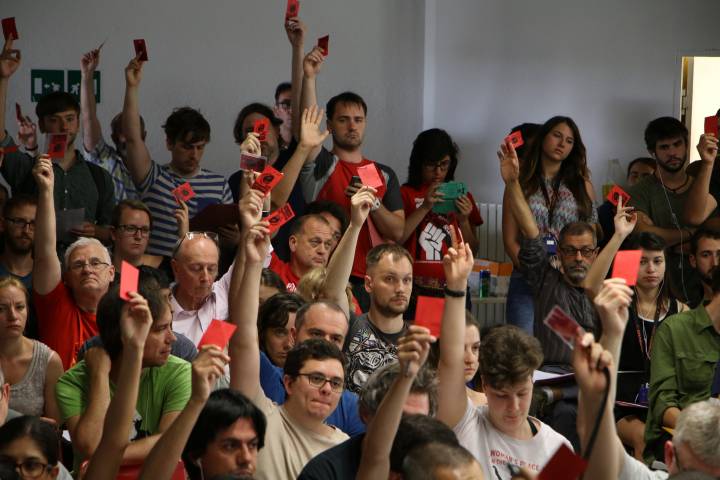 Between 24-29 July, 370 Marxists from more than 25 countries gathered in the Italian Alps for the 2018 congress of the International Marxist Tendency (IMT). In years to come we believe this congress will be remembered as a turning point in the effort to build a worldwide organisation capable of leading the working class in the struggle to overthrow capitalism. 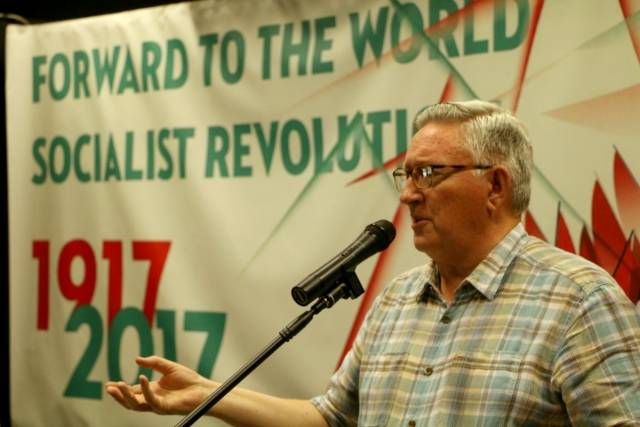 Over 300 revolutionaries from 20 different countries flocked to Italy in the last week of July for the International Marxist Tendency 2017 World School. The event celebrated the centenary of the Russian Revolution, with political discussions themed around this momentous chapter in human history.

Details
In Defence of Marxism
02 August 2016

In the final week of July, nearly 300 delegates and visitors from around 30 different countries attended the 2016 World Congress of the International Marxist Tendency. Meeting in the midst of huge mass movements, class struggles, and revolutionary developments across the world, this year’s congress was undoubtedly the most exciting and successful yet. 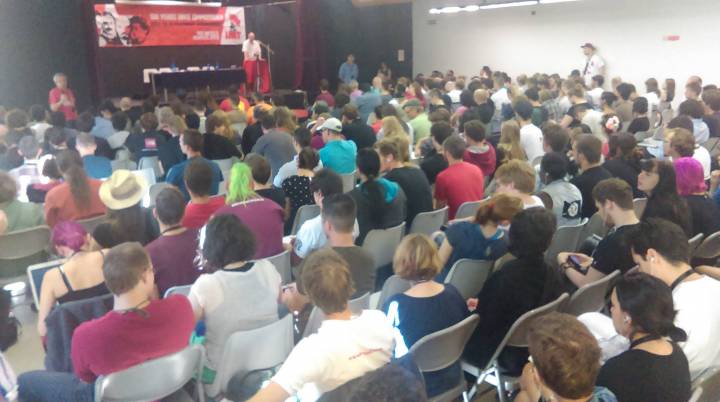 Over 270 Marxists have now returned home to over 30 different countries after attending the International Marxist Tendency’s World School that took place in Bardonecchia, Italy, last week. The school demonstrated the tendency's activity and the strength of revolutionary ideas through the high political level, the number of enthusiastic young people in attendance, and the excellent application of Marxist theory to the mass movements developing around the globe today. 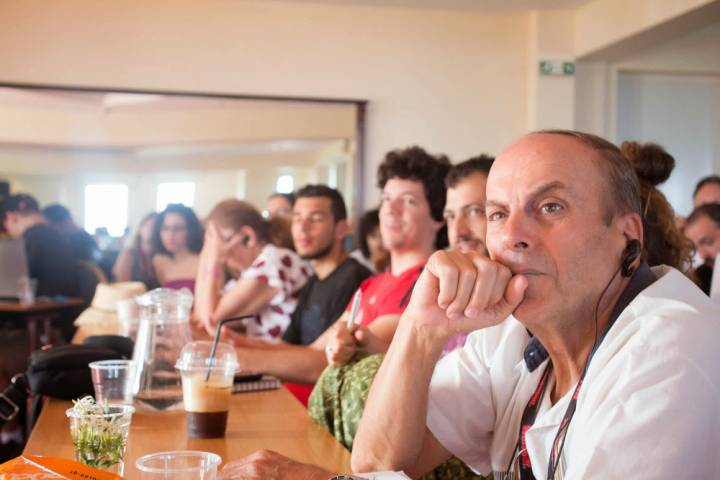 Details
In Defence of Marxism
04 September 2014

Revolutionary moods are growing across the world as capitalism rots and the ruling elite attempts to maintain its position by attacking the working class. Meanwhile, the International Marxist Tendency is growing in numbers, developing a deeper understanding of the processes taking place, intervening in the struggles taking place, and fighting for socialist ideas in the movements of workers and youth. 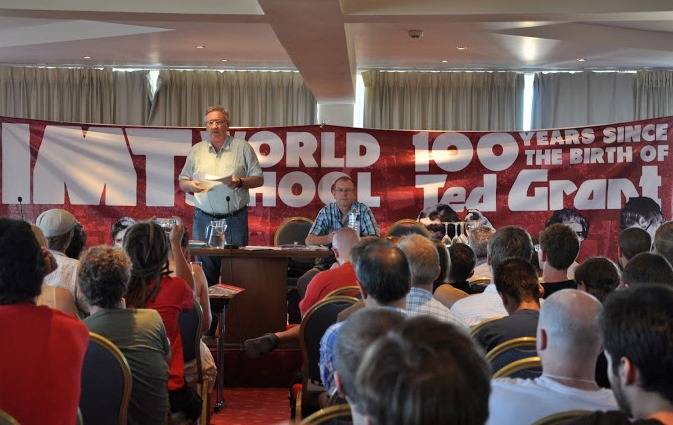 Details
In Defence of Marxism
10 September 2013

In late July, more than 200 Marxist revolutionaries from all over the world gathered in Greece for the bi-annual Marxist summer school of the International Marxist Tendency. The fact that this year's event took place while revolutionary events were unfolding throughout the world was reflected in the interventions of all comrades who showed a high understanding of the process that we are passing through on a world scale. 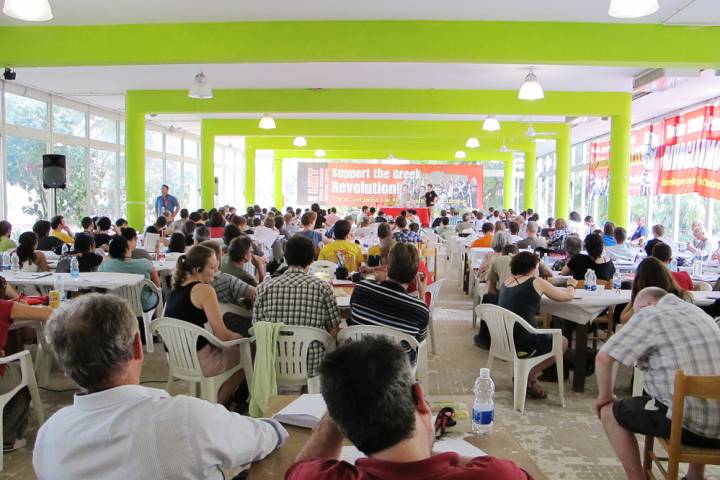 Details
In Defence of Marxism
13 September 2012

The 2012 World Congress of the IMT, which was held in Marina di Massa, a seaside resort in Tuscany, Italy, marked an important advance for worldwide Marxism. It lasted for one week – from the 24th to 29th of July – with the participation of over 250 comrades from around the world. There were delegates and visitors from all over Europe, Asia, Oceania and the Americas, and a record number of Pakistani comrades. 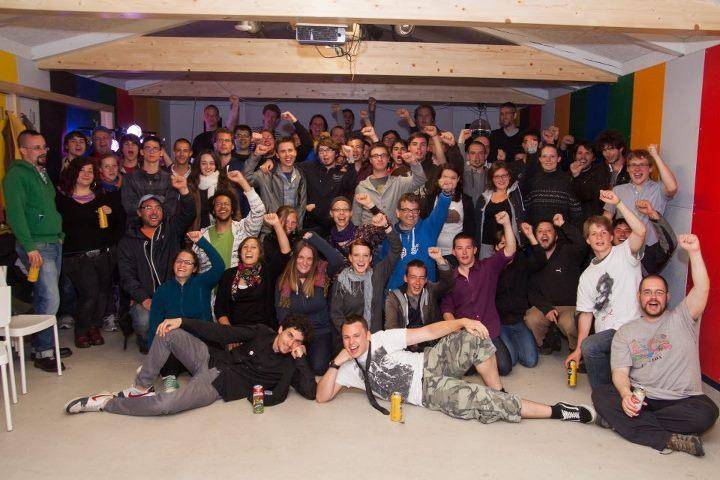 For the first time we held the Seminar in the Camp of the Falcons (Socialist youth organisation) in Döbriach (Carinthia). 80 participants from eight (out of nine) Austrian provinces and five countries came to the Lake Millstatt. Unfortunately a number of comrades who registered could not make it to the seminar because of illness or work obligations. But this did not weaken the good mood. There were many reasons for the good mood, but in particular one: the quality of the political debates was especially high this year. The report also includes an open letter SYRIZA and their chairman Alexis Tsipras, which was passed by the participants of the seminar. 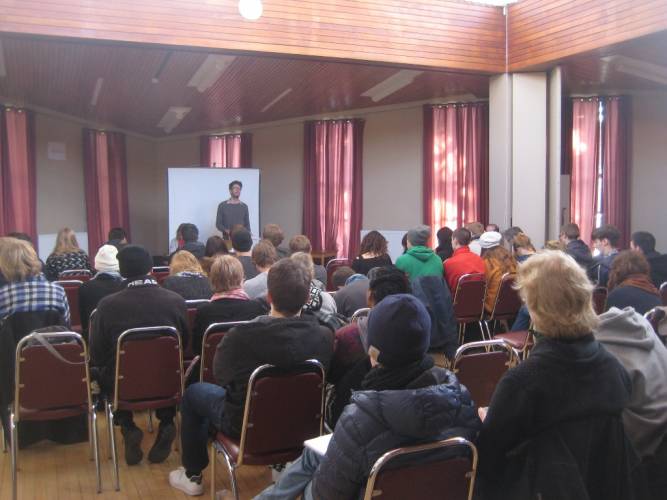 Details
In Defence of Marxism
17 January 2012

With the Arab revolutions, the Euro crisis, the mass movement in Greece, and the Occupy movement, more and more workers and youth are looking for a socialist alternative to capitalist austerity. La Riposte Quebec, Fightback Canada, and Socialist Appeal USA are organizing their second annual Marxist school in Northeast North America to provide Marxist answers to arm militant activists in the struggles to come. 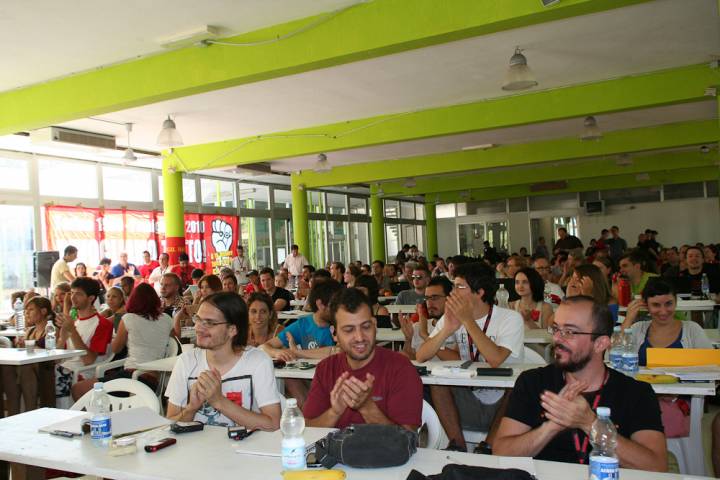 Details
In Defence of Marxism
02 September 2011

The IMT World School that was held in Italy between 31 July and 5 August was a tremendous success. About 225 comrades from many different countries and continents travelled to the Italian seaside resort of Marina de Massa in order to attend a week of intense but enjoyable and educational meetings.