Details
In Defence of Marxism
18 September 2015 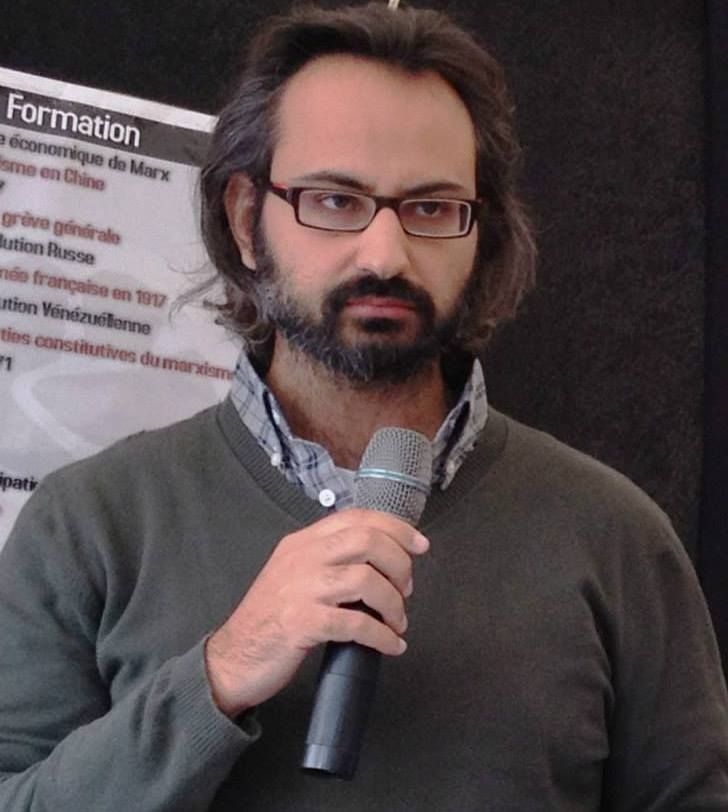 We interviewed another candidate of the Communist Tendency for the new Popular Unity Party, Angelos Irakleidis, who is standing in the Dodecanese, a group of islands in the south-east Aegean.

Could you describe the mood in Greek society after Tsipras accepted the latest Memorandum?

The general mood in Greek society is one of disappointment and disillusionment. Tsipras passed the Memorandum with the votes of ANEL, New Democracy, PASOK and Potami. This creates a mood that all parties are the same. At the same time elections were announced very quickly, before the measures of the Memorandum had been applied. This has opened up some room for Tsipras to promise some kind of parallel programme that is supposed to soften the worst parts of the “agreement” and based on this he has asked for a second chance. He is most likely going to get it, although without the enthusiasm of the past, having lost already a significant part of his previous 36%. This will make a grand coalition government unavoidable. Having said this, it is clear that people have not had the time to respond to the rapid change in events and the mood now is not one of active resistance to the new Memorandum.

SYRIZA split after the announcement of the elections. In reality it was not only split but it degenerated. The remaining membership of the party is inactive and disappointed. A large number have quit and gone home. On the other hand, the bulk of the left wing of the party now supports Popular Unity (LA.E.), which was created around the SYRIZA MPs that voted against the Memorandum and which were mainly part of the Left Platform. In this part of the Left the predominant mood is that the fight has to go on despite the betrayal of the SYRIZA leadership. At the same time they are critical of the leadership of the Left Platform for their previous consensus politics and their programmatic weakness.

The KKE activists feel vindicated for being proven correct about SYRIZA and expect to grow strong out of this. The KKE HAS an offensive attitude against Popular Unity, which they see as a barrier to reach the disillusioned voters of SYRIZA.

Finally, ANTARSYA, the small “anti-capitalist” coalition, split on the question of collaboration with Popular Unity with its majority voting against it.

You are standing as candidates for Popular Unity. Where are you standing? What are the main points in the party programme? And do you think this enough to solve the crisis?

I’m standing in the Dodecanese, a group of islands in the south-east Aegean (Rhodes, Kos, Karpathos, Symi, etc.). I am 5th on the party list (out of 7 candidates) that means that it is a non-electable position.

The programme of Popular Unity is based on the programme of the Left Platform of SYRIZA, which the Communist Tendency has already criticized at length. The main points of the party program are: 1) a write off of the biggest part of the state-debt, which is based on the conclusions of the “Truth Committee” of the Greek Parliament that showed that the debt is illegal and non-viable; 2) the nationalization of the banking system and 3) the introduction of a new national currency. The objective of the programme is the reconstruction of the capitalist economy through the strengthening of the state sector. This programme may question the position of the country within the EU, and Popular Unity promises to solve the question through a referendum.

We think that this programme is not sufficient as it is a typical reformist programme (although its authors call it “transitional”) that envisages an intermediate stage of a so-called “progressive” capitalist development before socialism, which we believe is not possible. The Communist Tendency has put forward a fully developed programme, structured in such a way that beginning with the necessary immediate demands of the period, namely the writing off of the debt, the nationalization of the banks, the introduction of workers’ control, a shorter working week and heavy taxation on capital, leads to the nationalisation of the commanding heights of the economy and the introduction of a democratically planned economy and the creation of a socialist state.

We stand for this programme as we believe that it is the only viable and realistic solution to the problems of the working class in Greece, but also a necessary starting point for socialist change in Europe.

What do you think will happen in the election?

The result of this election is not easy to predict as major processes are taking place, which haven’t crystallized yet. There is an attempt of the old political establishment to make a comeback based on the disillusionment after SYRIZA’s capitulation. Therefore SYRIZA is going to lose thousands of votes, but still it is most likely to win the elections. At the same time New Democracy is expected to win back some voters and probably this will be the case with PASOK also. Parties like ANEL, who collaborated with SYRIZA in the previous government, and “To Potami” are expected to be weakened, while the Nazis of Golden Dawn will maintain their forces, as they are seen by a part of the electorate as an “anti-systemic” force. On the left, the KKE is expected to increase its forces as a result of winning back its previous supporters that voted for SYRIZA in the last elections in the hope of getting a left government, but it will also win some of the disappointed voters of SYRIZA who do not trust the ex-Left Platform leaders who have created Popular Unity. On the other hand, Popular Unity (LA.E.), which has emerged very recently as a left-wing split from SYRIZA, is expected to grow stronger after the elections, as the measures of the Memorandum are applied. For now, a modest result can be expected, as it seems that the ‘NO’ vote in the referendum will be mainly expressed through abstention and disappointment, rather than support for Popular Unity.

All the expectations are that a grand coalition government of some or all the parties that voted for the Memorandum will be formed.

What do you have to say to workers and youth in Europe?

The experience of Greece is full of lessons for the workers and youth of Europe: the rapid radicalization of workers and the youth as a response to the Memoranda; the failure of the mass movement and the strike movement due the lack of a clear programme and leadership; the turn of the masses to the political front and the rise of SYRIZA as a mass force within months and at the same time the destruction of PASOK which at that time was still the main party of the working class – albeit extremely degenerated; the manoeuvring of the reformist leadership of SYRIZA as it reached power in order to control the party and carry out a turn to the right; the impossibility of the application of a mild Keynesian programme of reforms without breaking with the European Union and capitalism itself.

All the above are valuable lessons that should be taken into account by all activists, workers and youth in Europe and analysed concretely in relation to the accumulated historical experience of the working class movement. This would help to understand the deep processes that are taking place in Europe, as Greece is not the exception but merely the weakest link in the process, and also help to avoid not making the same mistakes of the reformists. The Marxists in Greece had correctly predicted and intervened successfully in the events, but we were unable to influence the overall process because of our small numbers. This poses the urgent need to strengthen the forces of Marxism within the working class and the youth, in Europe and the rest of the world.