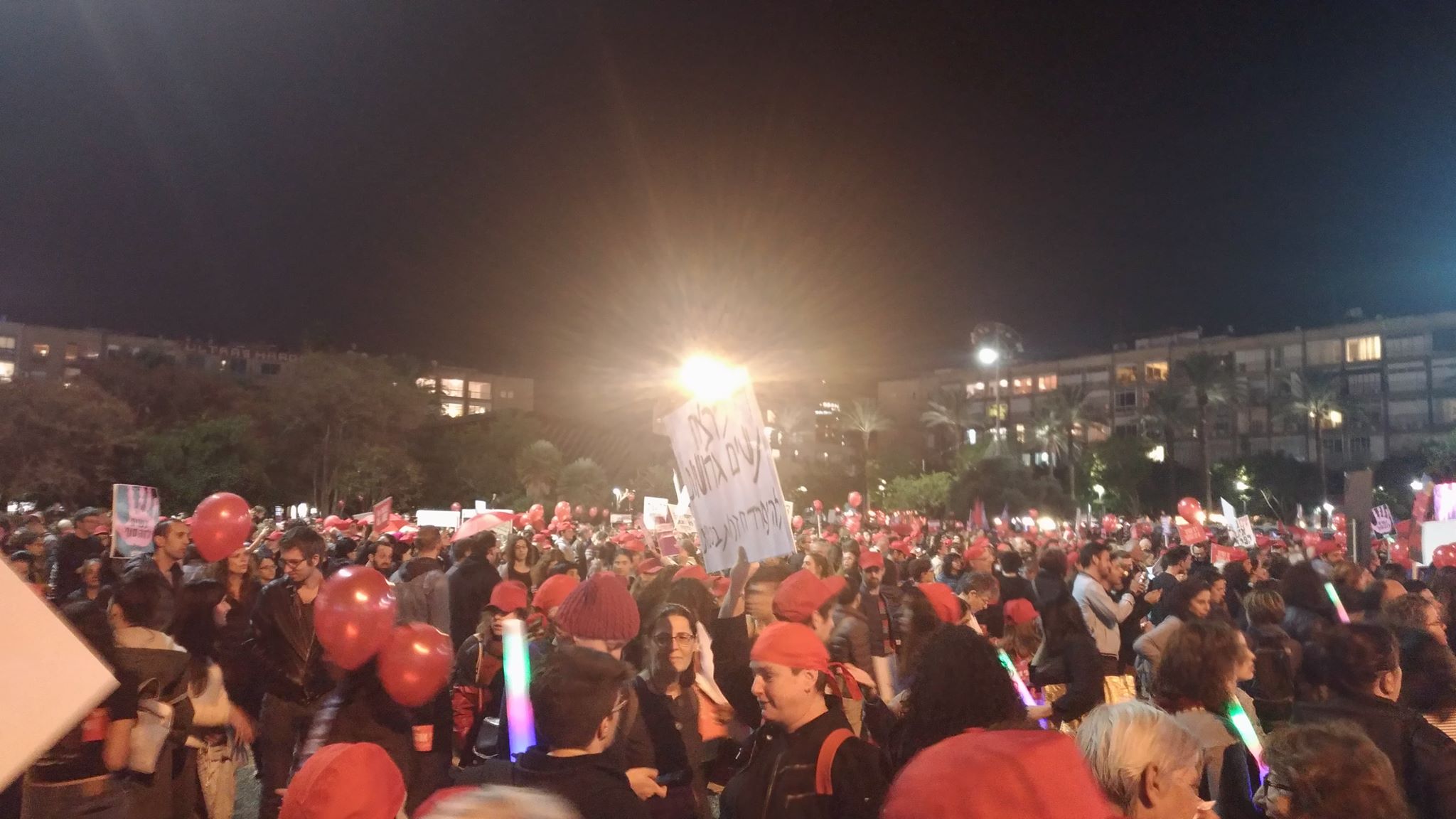 On 3 December, 20,000 people in Tel Aviv protested against violence towards women. The protests followed the murder of two girls – Silvana Tsegai, 12, and Yara Ayoub, 16. This year, 24 girls and women were murdered in Israel, which is a sharp increase compared to the years before. For days, protests were going on and a women‘s strike was called for the following day.

After a wave of protests against LGBTQ discrimination earlier this year and the protest movement against the racist nation-state law, the protests against violence towards women mobilised tens of thousands of Arab and Jewish Israelis on the streets. Sexual harassment and assault, as well as domestic violence, affect thousands of Arab and Jewish women in the state of Israel. One in three women have suffered from sexual harassment.

No trust in the government or the bosses

Some companies and state institutions said that they supported the one-day strike. But in reality, they offer only hypocritical support and pay lip service in order to whitewash their image and divert attention away from the fact that they are primarily responsible for the oppression of women.

The point is that one day of strike action doesn't hurt those companies economically, but gives them the opportunity to present themselves as devoted opponents of women's oppression. But these are the same companies who pay lower wages to women than men and who fire women first when they become pregnant. As a result, they force women into economic dependence on their partners, which often makes it difficult for women to leave an abusive partner. 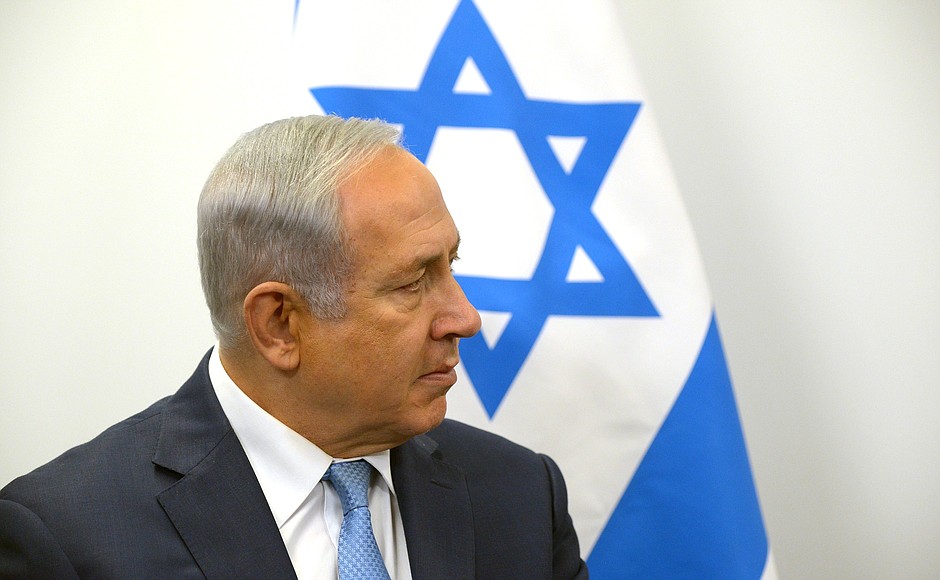 Despite the crocodile tears, Netanyahu and companies like Microsoft are no friends of women's liberation: the system they serve is the cause of oppression / Image: Kremlin

Furthermore, a one-day strike is certainly symbolically important and makes it possible to mobilise wider layers of people. But it is far from enough. More days of strike action, protest and struggle are necessary. But the bosses will not allow their profits to be affected by more extensive action.

The companies, the capitalist class, are not our allies in the struggle for women's liberation, but our enemies. It is they who lay the social foundation for the oppression of women.

The same goes for the government. PM Netanjahu promised to create another commission on how to fight domestic violence against women. But actually, this was already done years ago. A plan was made and the government promised to implement it. But it is highly underfunded and therefore has never really been implemented. This is not surprising. The government pays lip service to the cause of women's liberation but doesn't work to end it. Instead, it simply calls for yet another commission and another plan that will never be implemented.

While telling us that there is not enough money for funding measures against the oppression of women, billions are invested in the army and trillions are sitting idle in the bank accounts of the big capitalists. For more than 20 years, the government worked on privatising as much of the care sector as they could. And by increasing the amount of unpaid labour, women are forced to do as domestic labour. Less-affordable kindergartens and elderly homes force women to perform care duties privately, without receiving any pay. As a result, they can't take a (full-time) job and are forced to stay at home.

The fact that still women are doing the majority of domestic work is not only a question of sexist ideology, which could be changed by "raising awareness". The fact that women earn less for the same work reinforces the role of man as working for a wage, while the women stay at home. The Ha‘aretz newspaper writes in an article about the gender pay gap:

This forced, unpaid labour is vital for the capitalist system to function.

To overcome the underlying reasons for women's oppression we need to get rid of capitalism. The only force that is capable of doing that is the working class. Not because it is the most oppressed or most exploited, but because it holds all the levers of production in its hands and has an objective interest in abolishing private property. No wheel turns, no light bulb shines, without the permission of the working class.

For 10 years now, the capitalist system has been in a deep crisis. The only way the capitalist class could deal with this crisis was by launching an attack on the living standards of the working class. Israel is now one of the advanced economies with the biggest income inequality. Since Netanyahu became PM in 1996, his government privatised one public sector after another. These attacks against the working class hit women the hardest. They are the first to be fired. Their wages are on average 35 percent lower than those of men and cuts to public caretaking facilities has forced them to perform even more unpaid domestic labour. The social system, mental health facilities, etc. are the first public sectors affected by the austerity policies of the government.

If we want to end the oppression of and violence against women, we need to free women from the slavery of unpaid domestic labour, which forces them into dependence on their partners. We need to socialise domestic work (cleaning, cooking, washing, bringing up children, etc.) and make it a public industry like any other. Men and women workers need to fight together for equal and higher wages and a reduction of working hours with no loss of pay in order to guarantee every adult a paid job. We must fight for the expropriation of the banks and the richest capitalists in order to fund a public care sector, public mental health facilities, etc.

Which way forward in the struggle for women‘s emancipation?

The capitalist class will use any means at their disposal to avoid such demands from being implemented. The working class is the only power in society that has the power to implement such a programme. Therefore, the movement for women‘s liberation must base itself firmly on a proletarian class standpoint. Not because the oppression of women is in any way ‘subordinate’ to the oppression of the working class. The oppression of women is by no means a ‘side issue’ to the ‘main contradiction’ between labour and capital. Quite the contrary: it is the same contradiction: the same mechanisms of the capitalist system that exploit the working class, force women under the rule of men. 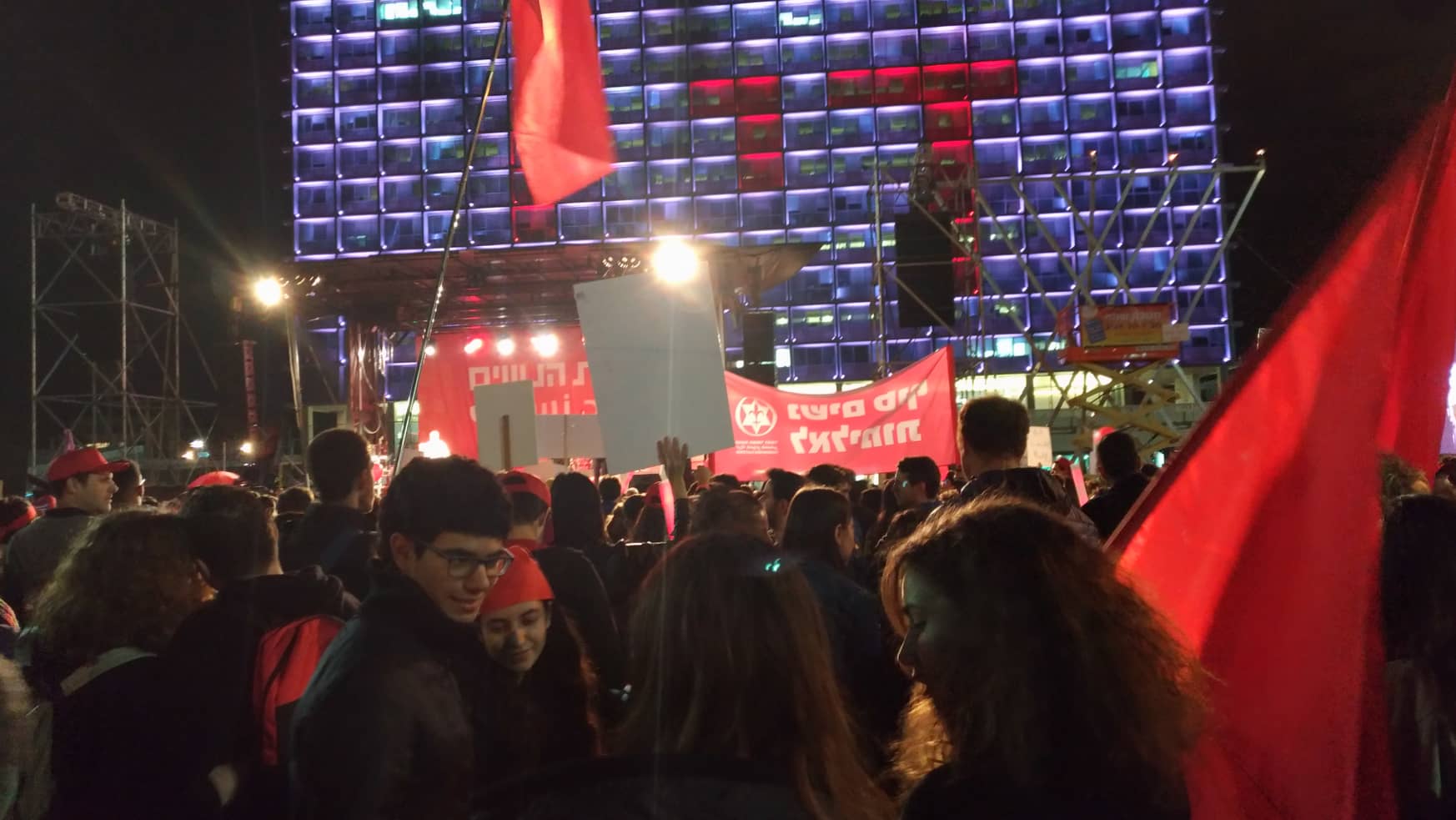 The coming world recession looms also over Israel. The conditions of the Israeli working class are getting more and more insecure. When the next recession hits Israel, more attacks on workers’ living standards are inevitable and women will be hit hardest by these austerity measures. Let‘s fight back.

- Unite and fight to stop violence against women! An injury to one is an injury to all!

- Against the gender pay gap! For higher wages for male and female workers and a reduction of working hours without any loss of wages to guarantee every adult a secure job!

- For the socialisation of domestic work! For public and affordable kindergartens, care facilities, wash houses and restaurants!

- For the expropriation of the banks and the 150 biggest monopolies and a democratically planned economy, run in the interests of the working class and the oppressed majority!