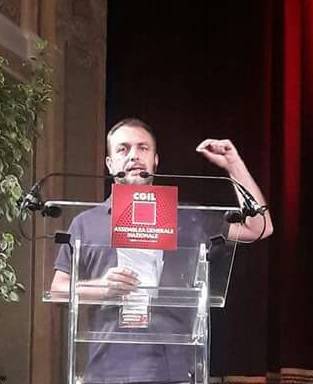 Mario Iavazzi, a supporter of Sinistra Classe e Rivoluzione [the IMT in Italy] intervened at the recent gathering of the National Committee of the CGIL (Confederazione Generale Italiana del Lavoro – General Confederation of Italian Labour – equivalent to the TUC in Britain, CGT in France or AFL-CIO in the USA). He openly criticised the leadership for its lack of a fighting programme and for its total lack of understanding of what happened in the recent Italian elections.

I start from what, for me, was one of the most negative pages in the history of the CGIL. In her introductory report, Camusso [General Secretary of the CGIL] has relaunched the ‘Maipiùfascismi’ [‘never-again-fascism’] signature campaign, conveniently ignoring the fact, however (as does the whole debate here on the National Committee) that when there was an actual anti-fascist mobilisation to support, she looked the other way. This created a lot of confusion when the CGIL, along with ARCI and ANPI who in fact boycotted it, cancelled the demonstration [in Macerata] that they had not even called themselves. [Note: ARCI is a non-profit association that used to be linked to the left, while ANPI is the association of partisans created after the Second World War and also historically associated with the left].

The CGIL was on the other side when thousands of young people gathered in Macerata to show their anger and desire to fight against racism and the attempted murder [of African immigrants] by a fascist Northern League supporter. So many beautiful words in solidarity with immigrants and then all it takes is for a local mayor of the Democratic Party to issue an appeal not to organise a demonstration and the Secretariat [of the CGIL] quickly buckles. It is hypocritical to ask to sign the appeal, among other things supported not by chance by the Democratic Party (PD), and then take such decisions. The PD, the state institutions and the mass media did everything to create tension on that day and the CGIL would have been held responsible if provocateurs had managed to exploit the situation, something which, fortunately, did not happen thanks to the large turnout.

Here I would like to reflect on what emerges from the recent elections. The election result was a political earthquake. Not because it was not unexpected. To me it is incredible that such great surprise was expressed here in some interventions and also in the General Secretary’s introductory remarks. It would have been enough to listen to the workers to perceive their deep hatred towards the Democratic Party. They had long been waiting for an opportunity to kick them out. And this electoral result also has profound effects on our [trade union] organisation. Not much thought is given to the fact that, for the umpteenth time, a well-known leader of the CGIL stood as a candidate for the Democratic Party. Clearly, anyone is free to do what he wants, but the workers know how to add two and two together and draw their own conclusions. 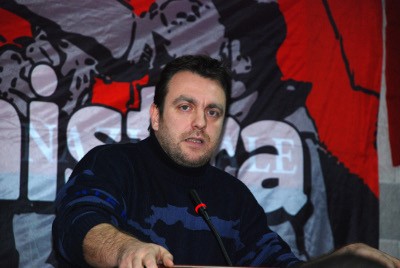 It was a political earthquake because the two great losers were the Democratic Party and Forza Italia, the parties that have ruled this country for the last 20 years and who are seen by workers as the parties of austerity and blood and tears. And what about the left? The left is now identified with power. And how could it not be so? Do you think that it is sufficient to split away from the PD [referring to the Free and Equal group of MPs] at the last minute and then work for an alliance immediately afterwards with that very same party, with that kind of programme and with the presence of very high institutional figures, to be seen as an alternative?

I have heard absurd and sensational statements. The ‘rejection of the status quo’ has been defined as a right-wing sentiment. This is the basic idea that has destroyed the left, while other political groupings understood this mood for a break in the situation and were able to give it expression.

And yet, in the face of such a political earthquake, the leadership [of the CGIL] still argues as if there were no rubble, as if it were still in a beautiful house with a roof and garden. What we have here are old recipes.

An appeal is being made for trade union unity with the CISL and UIL [the two other big trade union confederations, traditionally of a more conservative political character]. What is new in this appeal? Is the solution to be a deepening of the alliance with those who were complicit with the losers?

Speaking of the next government what is meant by ‘avoiding alliances on the right’? Are we hoping for a M5S-PD government? As always, the leadership seems to be waiting for a ‘friendly’ government apparently. [i.e. friendly to the unions]

Camusso has outlined the goal of rebuilding a ‘modern left’. I ask her what she means. For the past 30 years there has been all this talk about modernity, but these sentiments are in fact very old. Tony Blair in Britain launched the slogan of a modern left, and we know how that ended.

The CGIL has only one way in which it can help to rebuild a left, and that is by basing itself on the working class. There is no left without class struggle. In Europe, left-wing forces have come into being, or are at least developed, only after great generalised and unifying mass movements. We saw this in Spain and in France, and also in Greece a few years ago before the betrayal on the part of that same left.

Part of this task is the preparation of an opposition to the policies of the next government that will come into office, whatever government we will have. The forces that have won these elections, tested by events, will reveal their reactionary character. There will be no abrogation of the Fornero Law [a law attacking pension rights], no income for the unemployed, no decent wages for young people and workers, and there will be further attacks on democratic rights. In the next period we will see a generalized disillusionment [with the parties that will form the government] which the CGIL can channel only by promoting class conflict. With the current strategy, the leadership of the CGIL will continue to be complicit in this defeat.