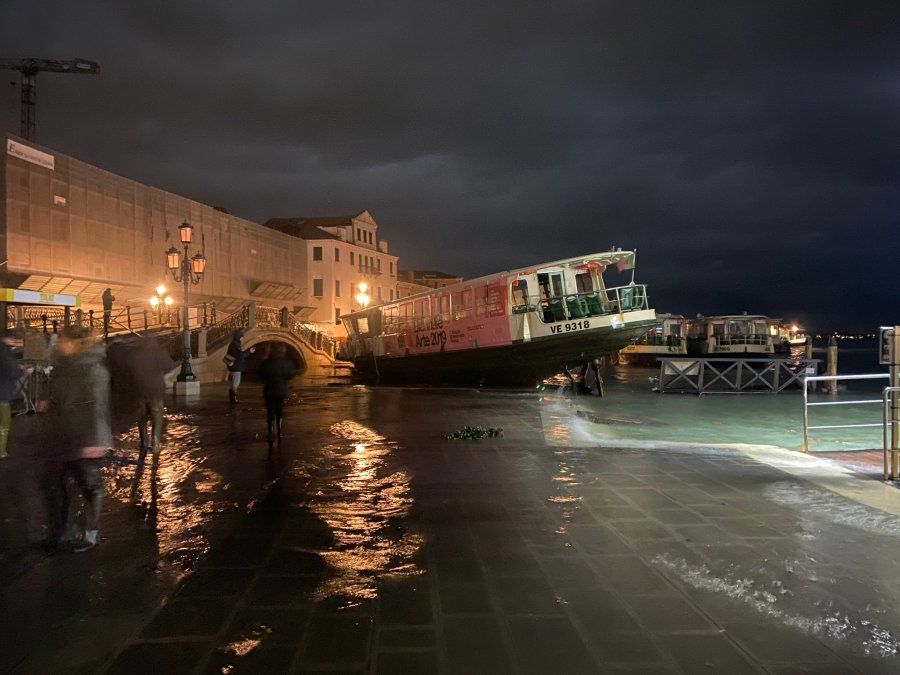 These have been difficult days for the city of Venice and its inhabitants, given the havoc wreaked on the Serenissima by extraordinarily forceful floods, starting on 12 November.

It is another devastating sign of climate change, resulting from uncontrolled exploitation of environmental resources and from the cynical behaviour of large industries, which now endangers the already fragile ecosystem of the Venetian lagoon.

While the city has reacted with resilience in an attempt to return to normality – volunteering on the streets to clean up or rescue libraries, archives and historical collections of vital importance for world culture – we continue to witness an ill-spirited blame game, typical of a ruling class powerless to solve any of society’s problems, and reliance on the convenient use of scapegoats.

Read the original in Italian |

The MOSE project, which has already cost 5.3 billion euros, is essentially powerless in the face of such extraordinary weather events – like that of the past days – given that, in addition to having been irreparably weakened thanks to years of inactivity, its effectiveness is limited only to tides reaching a maximum of 130cm. The high tide of November 2019 went over 180cm.

Indeed, the only tide that MOSE has managed to stem over the years was that of financing for the maintenance of Venice, which (starting with the 1973 special law to "save Venice") has risen to several billion euros, while the project remains at 86 percent completion.

Such have been the delays that the current situation has substantially defeated any usefulness that the project might have had, given that the tides have become higher as instances of extreme weather phenomena become more frequent. 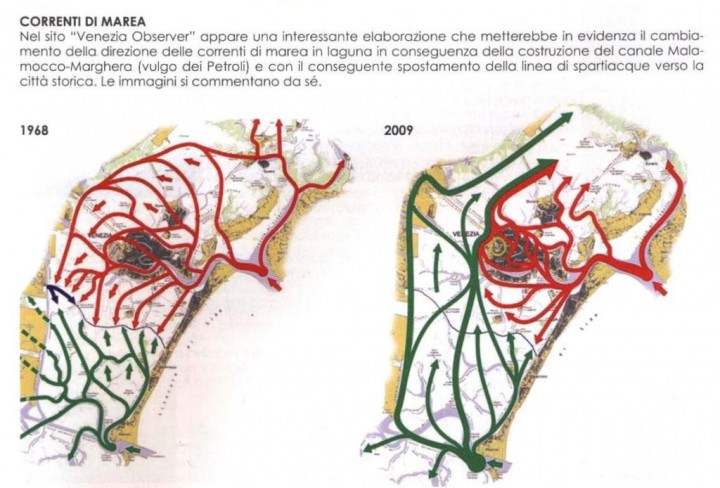 The exceptional "aqua alta", or high tide, comes not only from climatic upheavals, but also from modifications in the 60s and 70s that have irreparably distorted the delicate lagoon structure. These changes were aimed at developing a less rational form of industrialisation, which rather than producing widespread wealth, accrues only degradation and pollution. This process has delivered benefits only to big capital, leaving behind not only the social debris of countless financial crises, but also damage to the health of inhabitants and workers of this area and to the surrounding environment.

Porto Marghera is one striking example of how big capital disregards both people's lives and the very future of a city – all for the sake of wealth accumulation – but many others could be mentioned, such as the Chioggia basin or the Tronchetto (located to the west of Venice).

Perhaps the topic of basins and ports appears anachronistic, as relics of another era. Yet today, every day cruise ships sail the canal, which do nothing except fuel the relentless tourism industry that brings profit to a few, while the many are left to fight each other for crumbs. There is a consensus that these cruise ships present another determining factor for (increasingly less) exceptional high tides in the last years. In order for the cruise ships to pass, the canal has been dug out from 7 to 12 metres! These monstrosities wading through the canal and in the lagoon have moved the seabeds. As a result, more water is let in – the same water that floods the city with its high tide.

For many years, this has been denounced by citizens, for whom the local administration fails to find any tangible answers. The Municipality of Venice and the Veneto Region cannot risk the income that mass tourism provides, nor the unnecessary major works – all factors that allow for corruption to fester, to the personal benefit of countless local politicians throughout the years. It is a fact that no measures have been taken for a crisis that can no longer afford to be postponed: the lives of thousands of people and a UNESCO world heritage site that should be safeguarded at all costs.

Unfortunately, for the politicians and bosses, Venice is nothing more than a simple resource – a kind of oil well – and therefore, it is squeezed to the last drop, only to be left to fend for itself. Nothing is permitted to stand in the way of private gain.

As of now, it was only Galan (former governor of the Veneto region), who for his role in MOSE was sentenced to house arrest in his luxurious villa, safe from the high tide and living off the fruits of 30 years of bribery and corruption at the expense of Venetians and Italians in general.

The money to save Venice exists. But in order to use it, we must suspend MOSE and divert its funds towards a programme of preservation and maintenance of the city, under the control and management of a committee composed of city residents and workers. Cruise ships should no longer be allowed to enter the lagoon, either in Venice or in Marghera.

Venice can still be saved, but we must be the ones who determine its future, not a small handful of capitalists, bankers and ship-owners, and their governments!