El Militante, the Spanish section of the International Marxist Tendency (IMT), invited a speaker from the Iranian Workers’ Solidarity Network (IWSN) to give a talk on the recent events in Iran, particularly the fraudulent ‘election’ and its aftermath. Amin Kazemi, the International Secretary of IWSN, took up this offer of El Militante and travelled to Spain in late September. 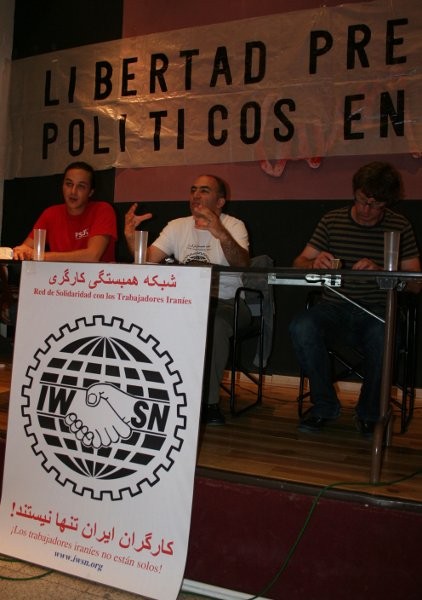 Around 25 people attended the meeting in a hall in central Madrid on Tuesday September 22. In the introduction the fraudulent ‘election’; the mass movement and the attempts by the ‘reformists’ to keep it under control; the internal crisis of the Iranian regime and the absence of the organised working class from this movement; the perspectives of the working class and the potential for the rapid development and radicalisation of workers’ struggles were covered.

This was followed by questions on a number of issues including the Mojahedin-e Khalgh and other oppositionist organisations in Iran, and so on. In particular, there was a question about Iranian workers’ awareness of developments and struggles in Latin America.

It was explained that awareness of struggles in Latin America goes back to the 1970s, particularly of the guerrilla struggles in that region which also had their co-thinkers fighting the Shah’s regime. The more recent developments, particularly the occupied factories movements in Venezuela, Argentina, Brazil and so on were familiar to the workers through translations of reports. The workers were also aware of the Zapatista movement in Mexico. 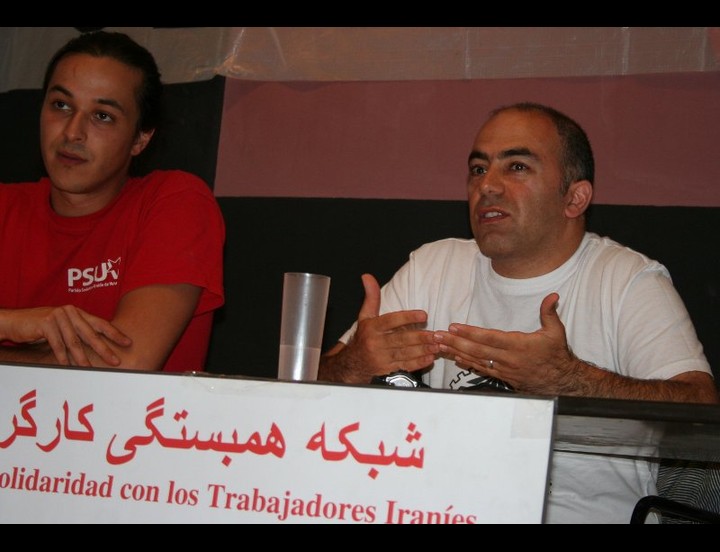 Support and sympathy for movements in Venezuela has become increasingly lukewarm because of the Bolivarian government’s unflinching support for the Iranian regime. For example, when the workers of Iran Khodro greeted President Hugo Chavez in July 2006, their enthusiasm turned to disgust after he said that Ahmadinejad was his brother and that the reactionary blood-soaked regime was a revolutionary government!

A collection was made at the end of the meeting.

The meeting was a great success and will surely pave the way for building IWSN as an active and effective solidarity campaign within Spain.