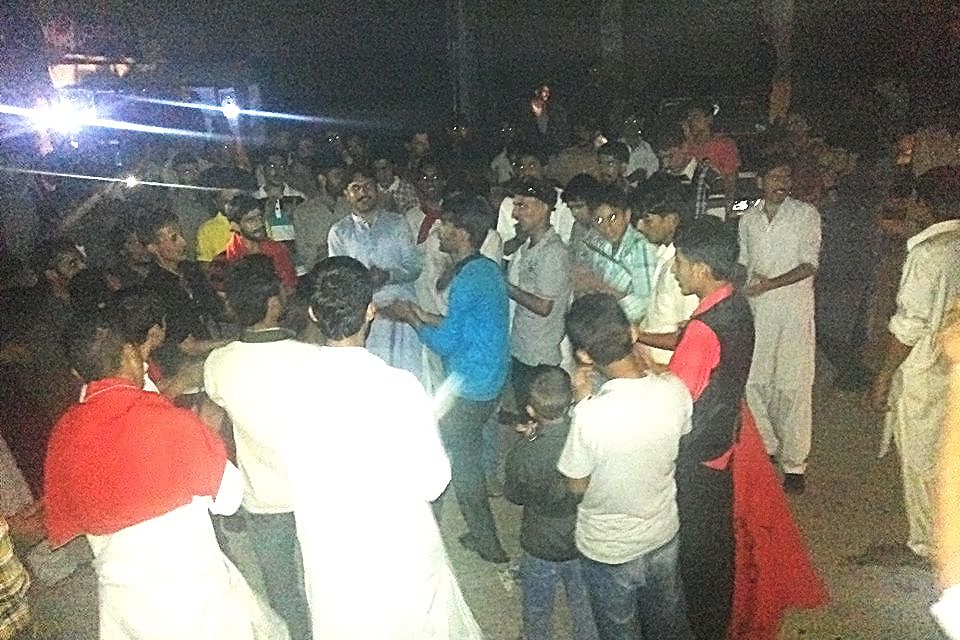 The JKNSF organised protests rallies in many cities of Kashmir in solidarity with Palestinians and against the imperialist aggression in Gaza which has killed hundreds of innocent citizens.

In Chotagala, AliSojal, Rawlakot, and Muzzafarabad there were rallies organised by the youth of the JKNSF against imperialist aggression in Gaza. The protesters were carrying banners on which anti-Israel slogans were written. 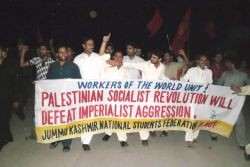 All of the speakers said that all these divisions are artificial boundaries created by the ruling class in order to divide the working class. With the aim of hiding the real problems in the Middle East the imperialists impose sectarianism on the masses in order to save their positions as rulers. At the same time, the ruling class of India and Pakistan are playing tricks using the Kashmir issue.

They sometimes impose a fictitious peace and sometimes war in order to divert attention from real class issues. Palestinians and Kashmiris are innocent but they are caught between different ruling classes protecting their own interests.

Here in Kashmir, all the rulers in Muzzafarabad, in Pakistan and in India, or those who are in power in Palestine and Israel - Mr Nawaz Sharif, Narendra Modi, the Kasmiri Government, Hamas and Netanyahu - they all have one God, one religion, one nation, one language and this language, this God, this religion is Capital, for which they will do anything and everything. 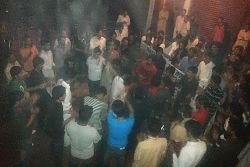 Rally in AlisojalThey are totally indifferent to the interests of the 99 percent. They are only interested in money and their bank balances. How can they kill innocent children in Palestine? How can they kill thousands of innocents in Kashmir? The only one reason is because they want capital, which makes them greedy and they have joined the class of bloody wolves.

Speakers at the above mentioned rallies gave the message to the people of Palestine that we, the 99 percent, are innocent and they slaughtered us. Let’s join hands with the workers of the world and enhance our power to get rid of the capitalist class and create a society where a man is neither recognized by the colour of his skin, nor by his religion.

The only alternative for us is to fight against them with all the workers of the world and create a socialist society. There are only two ways out of the crisis of Capitalism: Socialism or Barbarism. We must choose Socialism as the only alternative.