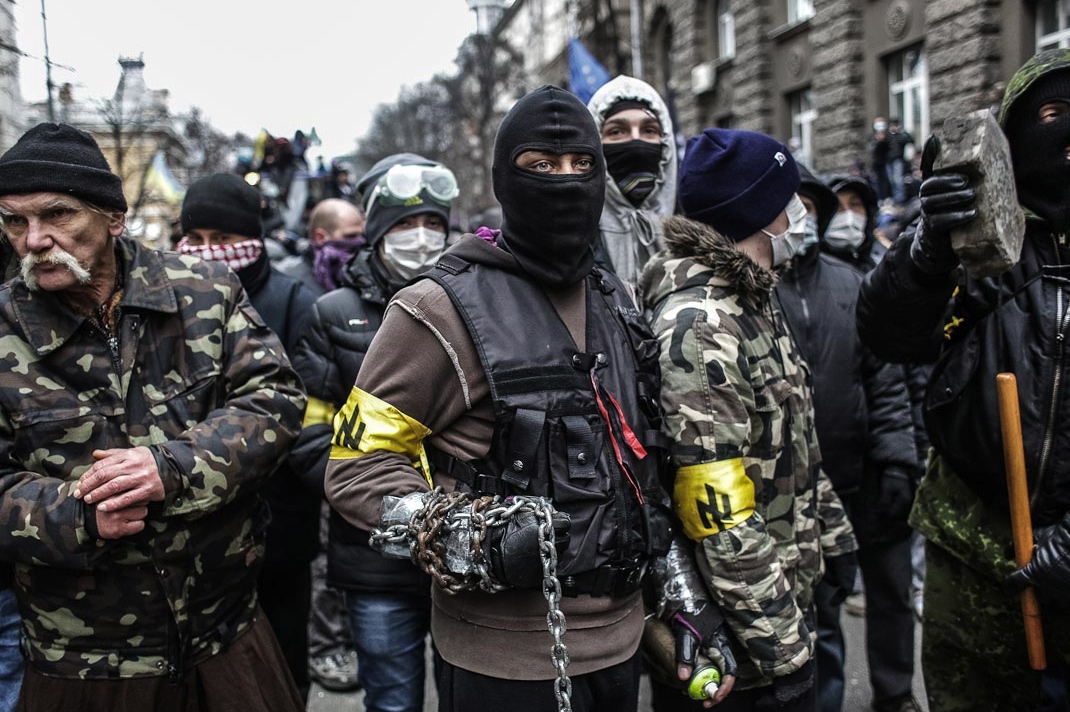 Over the past weeks tensions have been rising in Ukraine. Offices of left-wing organisations and trade unions have been raided and the "acting government" has started proceedings to ban the Communist Party. Along with the building up of several armed bodies composed mainly of fascists and Nazi elements it is clear that the regime is stepping up the civil war against the peoples of the East. In the meantime Russia and Germany, for their own interests, are trying to broker a deal. Jorge Martin explains the situation from a Marxist point of view and makes an appeal to build solidarity with Ukrainian anti-fascists.