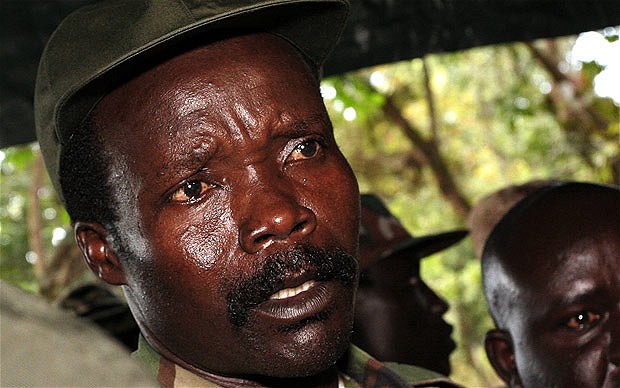 Originating in the USA, a video titled “KONY 2012” is doing the rounds of the internet via various social networks. The video, which is approximately thirty minutes long, is designed to make the Ugandan warlord Joseph Kony internationally known and to justify launching a campaign against him and hunting him down. This campaign, however, reveals both the strengths and weaknesses of social networks.

Without question the reaction to the video has been overwhelming. Putting together all the video-sharing websites, the video has been watched by over 100 million viewers. Reaching the world public for a social concern with a relatively small budget is something the initiators of the campaign, the “Invisible Children” deserve to take credit for. Without doubt the Kony-led “Lord's Resistance Army” have committed many brutal war crimes.

However, the other combatants in this conflict, the “Sudan People's Liberation Army” (SPLA) and the Ugandan military, are anything but champions of peace and respect for human rights. They are, however, financially supported by “KONY 2012”. Prior to the campaign, the SPLA had already been supplied with weapons by the Bush administration and its soldiers were trained by the US army. And as recently as January, UNICEF reported that the SPLA is increasingly recruiting children for their army.

In the opaque conflicts on the African continent where ambitions of local warlords are intertwined with those of imperialist powers and multinational corporations, none of the present belligerents merit any support. All these belligerents are causing untold of harm to the local population which is exploited by foreign profiteers.

The US army has currently deployed 100 soldiers in Uganda and in the video this fact is attributed to the campaign. Furthermore, the video attempts to convince the viewer that this is the first time that the US army is not being used for economic interests but for the interests of the local people.

US capital can thus breathe a sigh of relief! In 2007 oil reserves of 2.4 million barrels were found in the area around Lake Albert. In August of the same year clashes occurred in the area. Subsequently, The Economist wrote: “Landlocked Uganda cannot afford instability on the lake if it is to attract the foreign investment needed to extract and export oil.”

It does not therefore come as a surprise that the US soldiers that are to hunt Joseph Kony were deployed to Uganda, although the Lord's Resistance Army had already left Uganda in 2006 for the DR Congo and Sudan. Lake Albert, however, is located just on the border with the DR Congo. If Western companies are to invest in the area, the border has to be secured. In the daily war for resources, frequent military attacks on oil extraction facilities would have to be expected. The line in the video that says “[sending the troops was] not for self defense, but because it was right“ is thereby utter mockery. The Orwellian Ministry for Truth of the “Nobel Peace Prize laureate” Barack Obama has spoken.

Whether consciously or unconsciously, the initiators of “KONY 2012” are de facto supporting the aggressive foreign policy of US imperialism. They provide no analysis of the real interrelations on the ground, and as we have pointed above, Kony is not the only one using child soldiers. By ignoring this, they conveniently become the cover of US military operations. Any sane and rational human being will wish to stop the use of children in such wars. Alas, to reach such goals it is not enough to share a video via Facebook or to convince representatives of the bourgeois state that “something must be done”. If the campaign is eventually successful, one warlord will have been weakened or eliminated. However, others, that are equally brutal, will take his place.

The problem is not the single person, however brutal, but the conditions that lead to the creation of such personalities. Only the elimination of those conditions, which can only come about by eliminating capitalism, can the problem be solved. Not until then will the basics of a society be founded that can guarantee every human, even in crisis-ridden Central Africa, a life in dignity and safety.

The potential for a movement to eradicate capitalism exists. This has been proved in the past months by a series of big strikes and social protest movements in several countries on the African continent, from Nigeria to South Africa, to Egypt.