The October Revolution of 1917 Featured Denmark 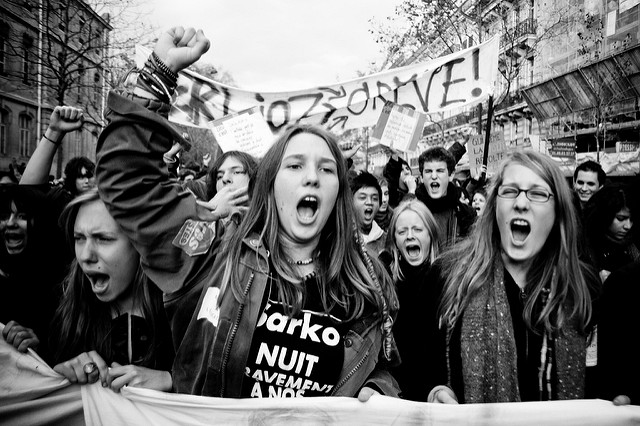 The 'old guard' of the left have celebrated the 100th anniversary of the October Revolution by distancing themselves from it. Perhaps to justify the defeat of their generation. But their it-can-never-be-achieved attitude should not discourage the youth of today from rebellion.

[This article, written by Marie Frederiksen, the editor of the Danish Marxist paper Revolution was published in the major Danish daily Information on the 100th anniversary of the October Revolution. Coming at the end of a series of articles on the revolution, this was by far the best received and most widely-read.]

A recent EBU study shows that between 60 to 70 percent of young adults in Italy, France and Spain are ready to participate in an uprising against their government. Even more interesting for Denmark, which didn’t participate in the study, is that the results for Belgium and Germany are 41 and 37 percent respectively. Like Denmark; Belgium and Germany have not had any noteworthy protest movements in recent years, and yet the youth is obviously frustrated. 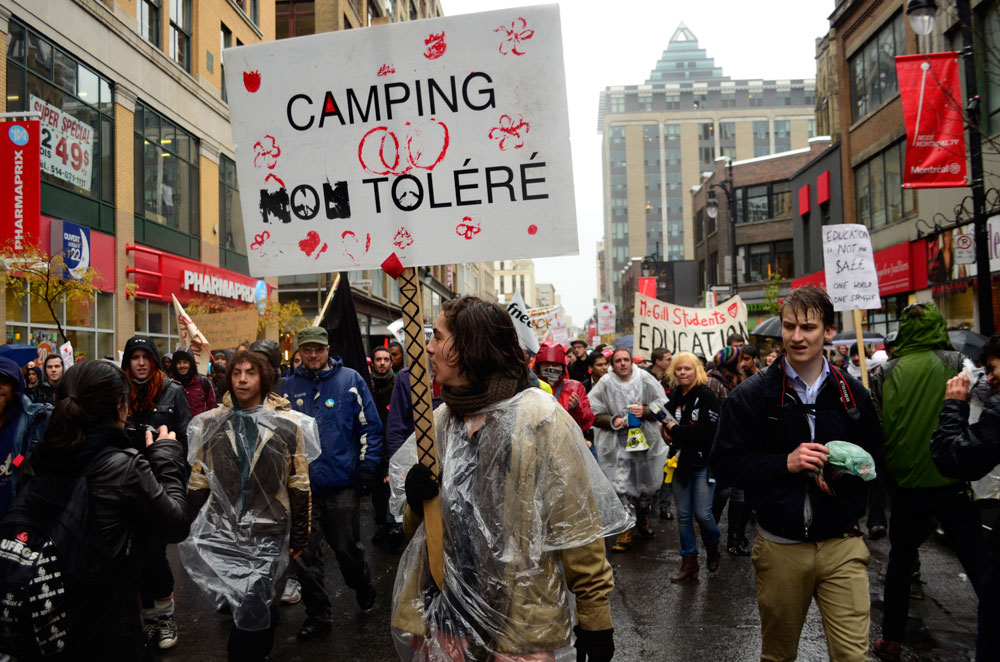 Young adults are increasingly angry about the state of things and are searching for alternatives: this is an international trend.

This is not just a European phenomenon, as was very clearly demonstrated by the success of Bernie Sanders’ presidential campaign in America. With slogans such as ‘democratic socialism’ and ‘revolution against the billionaire class’, he attracted more votes from people under 30 than Trump and Clinton combined in the primaries.

The Danish youth are also frustrated with the status quo, it just has not found a political point of expression – yet. The angry young people I talk to all have one thing in common: they think they are the only ones who want a different world. They feel alone and despairing.

The vision of a socialist revolution has been replaced by a pious wish for a return to the good ol’ days, when the Social Democrats were ‘real’ social democrats and reform was something that improved our welfare: not Orwellian newspeak for austerity measures.

As they gradually give up on the idea of a socialist revolution, they try to fit into the system and adapt to public opinion. Anything hinting at a revolution is immediately shut down. Just look at the way Enhedslisten treats members with revolutionary ideas [The party, which is the most left-wing party in the Danish parliament recently withdrew a candidate who had talked about revolution - ed]. 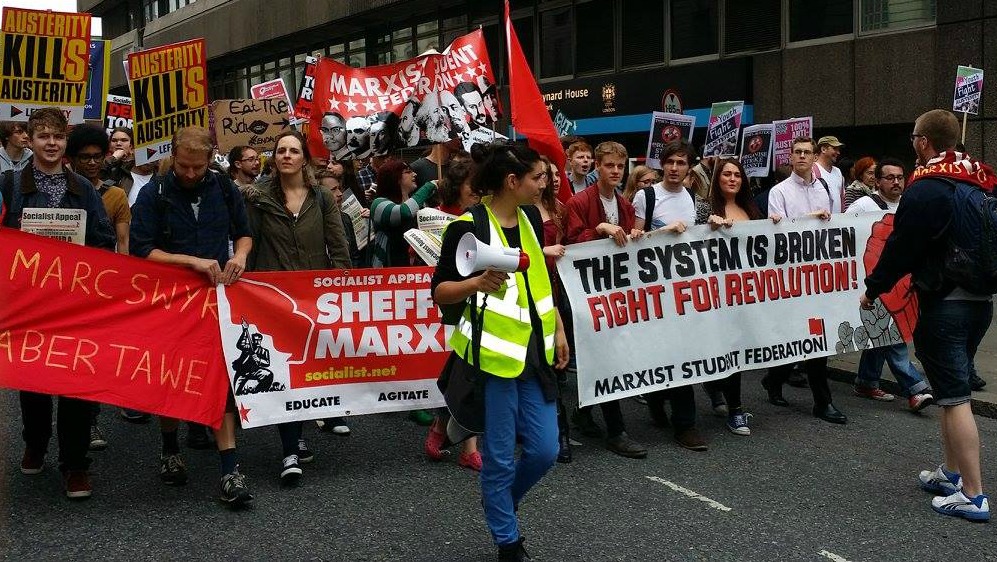 Marx’s ideas are turned into questions about redistribution of wealth and welfare – gone is all talk of a revolutionary upheaval. Revolution and workers’ democracy are replaced by a defence of the bourgeois democracy and the Danish parliament. And when it comes to The October Revolution, we see the old guard use the 100-year anniversary as an occasion for distancing themselves from The October Revolution and The Bolsheviks.

Their it-is-not-realisitc and we-are-wiser-now attitude seems like an attempt at justifying their own generation’s defeats. A justification for the fact that the revolutionary wave that hit the world in the 1970s ended with Thatcher, Reagan and [Danish Conservative Prime Minister Poul] Schlüter and years of rightward drift in politcs. It seems they are oblivious to the fact that times are changing once again.

The establishment is crumbling

Politics in our bourgeoise society has become a career: ideas and principles are a commodity, and politics is a parallel world that ordinary people are excluded from. But this growing gap between the people and the elite creates a very unstable situation. This is what revolutions are made of. Revolutions occur when people become fed up and realize that politics can no longer be left to the politicians.

Today’s generation of young people have lived their entire lives under capitalism in crisis. They have never experienced anything other than changing governments that have all implemented austerity policies. They will be the first generation in about a hundred years to live under worse conditions than their parents. 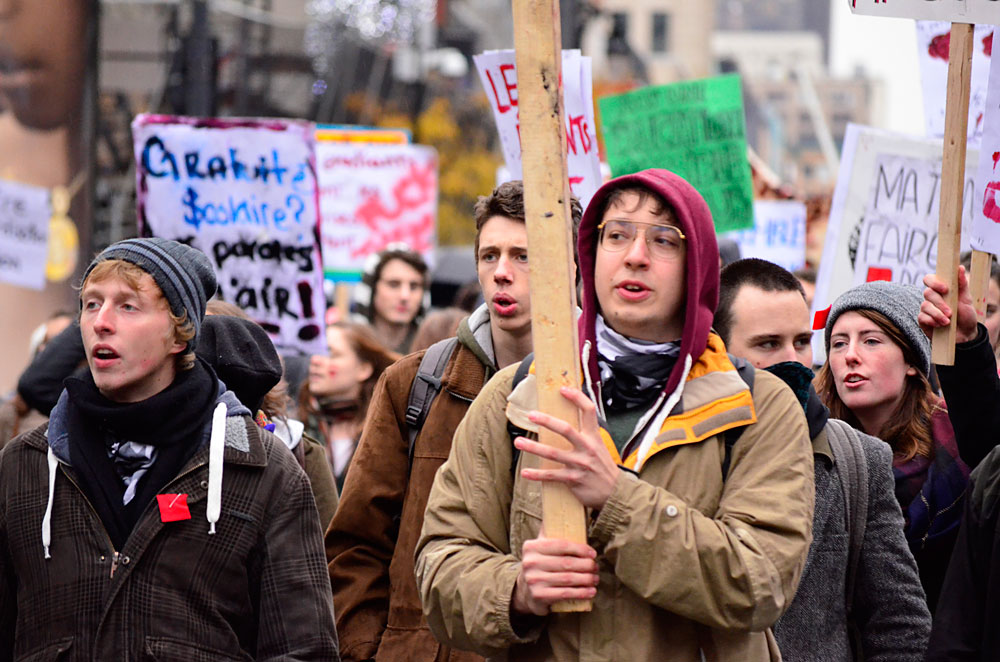 The economic crisis has undermined the prevailing political system. The old traditional parties, which took turns being in power are losing support. The old centre-ground and political institutions are crumbling. We have seen this in political earthquakes such as Trump and Brexit.

Also here in Denmark trust in politicians is at a historical low, and the old parties are losing support. In the 2011 elections, the four old, traditional governing parties attracted only 66 percent of the votes from people under 35. By the 2015 elections this number had decreased to only 57.2 percent and, according to polls conducted by The Danish Broadcasting Corporation, it would be at about 50 percent if there were an election today.

The political establishment repels every vibrant, living force in society. According to our politicians, Denmark is doing unbelievably great. But this does not correspond with the reality of the Danish youth. The political elite – internationally as well as in Denmark – lives in its own little bubble removed from the real world. Like modern-day Marie Antoinettes.

This disillusionment with politicians is a good thing. Instead of trusting in politicians who promise one thing and deliver another, it is a positive thing, that young people are realizing that the establishment has nothing to offer. The next step is for them to take action. We have not reached that point yet in Denmark. But the frustrations are building up, and at some point they will find an expression.

In this situation it is sad to see the old left drown in its own pessimism.

It has given up on any idea of revolution. But its wish to return to the good ol’ days and a capitalism with a human face is utopian. The post-war upswing that gave the economic possibilities to build welfare is long gone.

The younger generations will have to leave the moaning to the tired left-wing old guard. We have every reason to be optimistic and go on the offensive. There is no reason to be defensive and make up excuses for The October Revolution. Quite the contrary!

The October Revolution was the culmination of a nine-month-long revolutionary process, where the Russian workers and peasants realized that electing politicians promising you the moon wasn’t enough: they would have to take control of things themselves. That is what happened when they seized power through the workers’ and soldiers’ councils. 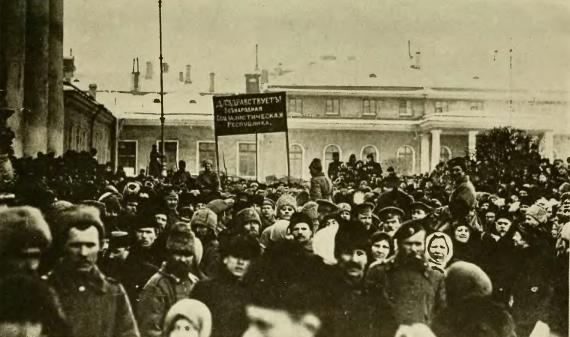 Ahead of the councils were the Bolsheviks, who immediately carried out their promisesand redistributed the land to the peasants, instated the eight-hour work day and workers’ control, gave men and women equal rights, among many other things.

The young Soviet regime showed that society can be run without capitalists and landlords. The fact that the revolution later degenerated to a bureaucratic, dictatorial regime under Stalin, which had nothing to do with socialism, should not make us distance ourselves from everything related to the revolution.

Those who should be in the defensive now are the people defending the current profit-based economic system, where eight people own as much as the poorest half of the world’s population, and where a child dies from malnutrition every 15 seconds, even though there is enough food to feed all of us.

We have the technology and the resources to ensure everybody has a good life and to save the planet. But that would require a break with the current economic system where we produce according to profit, and all of the wealth is hoarded by a small minority.

That requires average people to take control of their lives, just like the workers and peasants did in Russia in 1917.