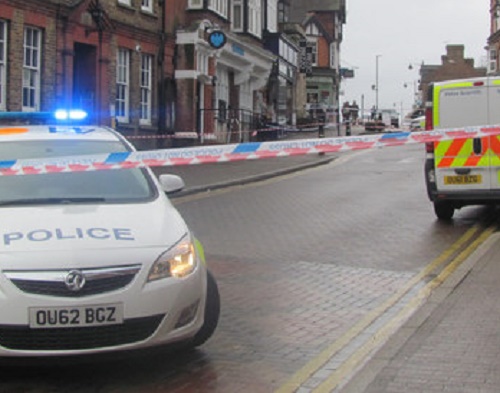 A terrorist attack in London left seven people dead last night, after three terrorists drove a van at high speed onto pedestrians in the south side of London Bridge, and then proceeded to stab multiple people before they were killed by armed police. National campaigning for the election on June 8 has been suspended today, and there have been some calls for the election itself to be postponed. We wholeheartedly condemn this attack, which as well as killing innocents only serves to fuel racism and provide a justification for imperialist adventures and attacks on civil liberties.

The attack in London Bridge follows the pattern of a series of attacks in Europe in recent months in that they are very unsophisticated, and are carried out by using only moving vehicles and knives. In this case the attackers were also wearing fake suicide bomb vests, probably to deter the police from shooting at them. Such attacks are very difficult to prevent, and this one took place only a few days after the Manchester bombing at a time when the security forces were supposed to be at a high level of vigilance.

At the time of writing very little is known about the identity of the attackers, other than they might have been following ISIS’ call for terror attacks during Ramadan. ISIS is increasingly against the ropes in both Syria and Iraq, with the likely fall of their two capitals, Raqqa and Mosul, and therefore it is more likely to resort to desperate attacks in Europe.

In fact, terrorism and imperialism go hand in hand, and feed off from each other. Reactionary Islamic fundamentalist terrorists justify their actions in reaction to imperialist intervention in the Middle East, and vice-versa.

This is clearly demonstrated as more details have emerged about the identity and background of the Manchester bomber Salman Abedi. His father belonged to the Libyan Islamic Fighting Group, an organisation created in the 1990s as part of the reactionary jihadi struggle in Afghanistan, funded and aided by Western imperialism. The group had close links with Al-Qaeda.

The LIFG went on to conduct terrorist activities against the Gaddafi regime in Libya and carried out an assassination attempt against Gaddafi himself in 1996, one which former MI6 operative David Shayler says was funded by the British intelligence services. The clamp down which followed sent many LIFG members to the UK where they were given asylum.

A decade later, during Bush’s “war on terror”, the imperialists struck a deal with Gaddafi (and also with Bashar al-Assad), which led in 2005 to the banning of LIFG as a terrorist organisation. It was information from the MI6 which led the CIA to arrest one of the LIFG leaders Abdelhakim Belhadj, who was then “renditioned” to Libya where he was jailed.

However, in 2011, the British authorities changed their policy, once again, and as part of the French-British spurred imperialist intervention in Libya by NATO, LIFG connected men, many of whom were being watched by the British secret services, were given passports and allowed to travel to Libya to fight Gaddafi. The fall of Gaddafi left the country in the throes of different warring Islamic fundamentalist and warlord factions and allowed ISIS to set up a basis where it had none before. It was this chain of events which finally led to the Manchester bomber joining or connecting with ISIS.

The link between British imperialist wars abroad and terrorism at home is therefore clear for all to see, as Jeremy Corbyn correctly pointed out in the aftermath of the Manchester atrocity.

You can count on the Conservative Party to attempt to gain political capital out of this attack, as they did two weeks ago. At that time, the Tories had had a dreadful weekend after the launch of their brutal austerity manifesto - which prompted a backlash against their proposed attacks on the elderly and school children - and had already been forced to do a U-turn. Attempting to divert attention away from their policies, May tried to play the law and order card with the help of the right wing media, but this time it did not work. Despite an initial small rebound for the Tories, opinion polls continued to narrow.

The reaction of the people of Manchester, as has been the case in London, was one of clear rejection and condemnation of these terrorist attacks, but at the same time one of unity and opposition to any attempt to use them to whip up racism and Islamophobia. Corbyn’s clear stance and his explanation of the link between British foreign policy and terrorism was well received and resonated with many. The same can be the case this time.

In a speech this morning, Theresa May hinted at taking stronger measures against terrorists, saying “there is far too much tolerance of extremism in our country”. She then went on to talk about “the superiority” of “our Western values of freedom, democracy and human rights” which we have to “assert”. Scandalously she added: “there is, to be frank, far too much tolerance of extremism in our country, so we need to become far more robust in identifying it and stamping it out across the public sector (!!) and across society. ” She also mentioned that “we need to live our lives not in a series of separated, segregated communities but as one truly United Kingdom.” What is this supposed to mean? Further attacks and demonisation against Muslim communities? A strengthening of the failed Prevent strategy?

What hypocrisy! She talks of “freedom, democracy and human rights” when she is proposing curtailing democratic rights and her government continues to slavishly support brutal reactionary repressive regimes like that of Saudi Arabia. What are these “values” she says are “ours”? Using private companies to cut benefits to disabled people? Making the elderly pay for their care out of their wills? Cutting free school meals for children? Interning undocumented migrants in detention camps and forcibly extraditing them? Attacking public sector workers and privatising the NHS?

These are certainly not our values. Democracy, freedom and human rights, if they are to mean anything at all, are fundamentally at odds with the Conservative party and the system it defends: capitalism in crisis. The values of health workers who rushed to the scene, London transport workers who evacuated the stations and other ordinary Londoners who offered whatever help they could, are the opposite of those espoused by the Tories.

What gall to blame “segregated communities” for extremism, when in the case of the Manchester bomber, there were clear failings of the intelligence services (by action and omission) and it was warnings from the community that the security forces ignored!

The way to put an end to terrorism is through the unity of the working class fighting against the capitalist system and its imperialist wars. The election of a Corbyn Labour government is one step forward in that struggle.