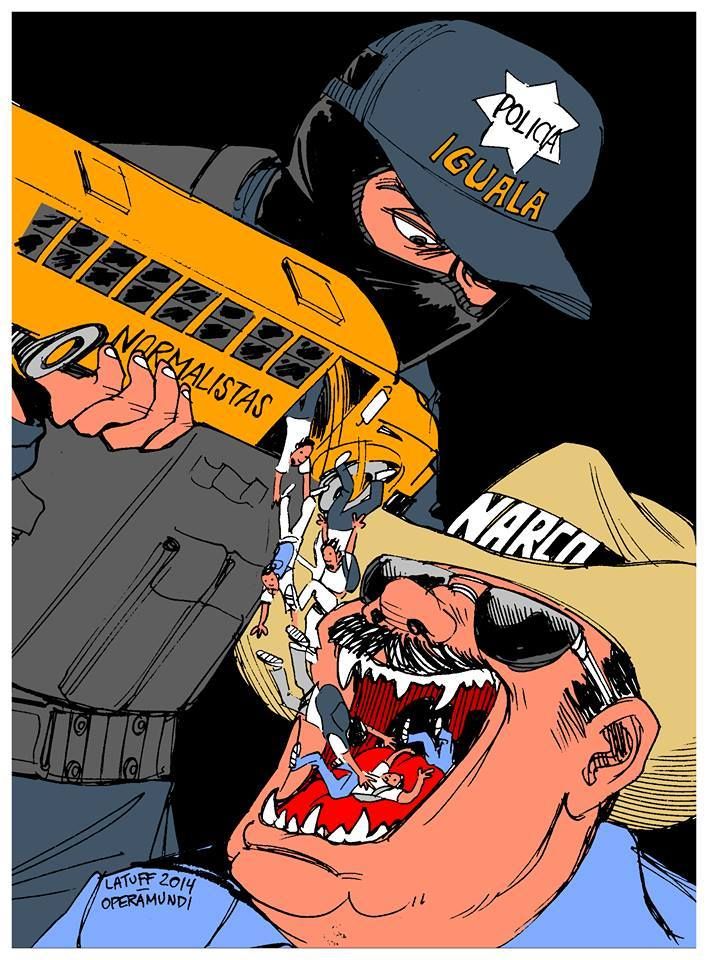 Three months after the police attack on teacher training students in Guerrero, Mexico, which left 6 people dead and 43 disappeared, more details are emerging which cast even more doubts on the official version of events and the level of complicity of the state in the affair.

On the night of September 26, police officers from Iguala, Guerrero, stopped and opened fire on coaches transporting students from the Ayotzinapa Rural Teacher Training College. Three students and another three people were killed in repeated attacks over a period of several hours. Police officers from Iguala and nearby Cocula then chased the surviving students and took away 43 of them. To this day they have not yet been found.

From the very beginning it was clear that the local mayor of Iguala, his wife and his head of local police were part of this crime and are heavily involved with a local drug cartel. They fled and were later arrested. The regional governor of Guerrero was also forced to resign because of complicity in the case. 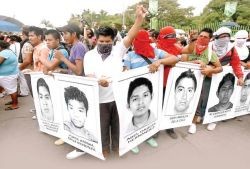 The Mexican government has tried everything to make the case go away. They ignored it for weeks. Then they tried to shift the blame to local officials only. They attempted to bribe the relatives of the disappeared students. It was only the courageous struggle of the families, the Ayotzinapa students and their allies and supporters in Guerrero and throughout the country which has kept the demand for justice alive. Hundreds of thousands have marched in the capital Mexico City, there have been demonstrations in dozens of other state capitals and also abroad. Students nationwide have participated in several strikes. In the state of Guerrero itself the movement has acquired insurrectionary proportions, with the occupation of local town halls, the burning of official buildings and those of the ruling parties and the strengthening of the arming of the people in the “community police”.

All of this forced the government to come up with a story which could help them bury the case and put an end to the protests. The State Attorney declared that members of the Guerreros Unidos drug gang had confessed to having taken the students, killed them and burnt their bodies in an operation which lasted for 15 hours in a rubbish dump in Cocula, and then the remains were thrown into a nearby river. The families of the disappeared students rejected this explanation as the state had not produced any evidence backing it. A large number of bodies and human remains had been found in several mass graves, but none of them had been identified as belonging to any of the Ayotzinapa students. 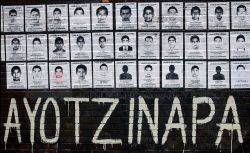 Then, as the struggle for justice was growing stronger, the state announced that DNA found in human remains recovered from the river had been identified by experts in Austria as belonging to one of the students, Alexander Mora. On this basis, the president himself made an appeal to the families to “get over it” and move on, which further enraged the movement. The relatives, again, demanded to know the whole truth.

In the last week, more evidence has surfaced which casts doubt on the official government version of events.

First of all, local people pointed out that on the night in which the incineration of the bodies of the 43 students had allegedly been carried out by the drug gang, it had been pouring down with rain, which would have made the burning almost impossible or at least extremely difficult.

A team of researchers from the UNAM university also published a detailed study which concludes that the official version is highly implausible, based on many different aspects, including the amount of combustible material and fuel which would have been necessary to incinerate 43 bodies, and the smoke plume which it would have created which should have been seen from a great distance. (Full text of the study).

The most damning evidence to have surfaced so far has been uncovered in a special report published by the magazine Proceso. The main points of the Proceso revelations are:

This confirms what the movement for justice for the disappeared students had been saying all along: “Fue el Estado” (The State did it). This political conclusion goes to the heart of what this case is about and it is also the reason why the Peña Nieto government can never fully reveal the truth about it. There is a web of complicity and collusion between organised crime, the main political parties, the state apparatus and big banks and corporations. In turn they are linked to big multinationals, mining corporations, the interests of US imperialism and the international banking system.

The attack on the Ayotzinapa students brings together all of the following factors. The direct role played by the PRD and the fact that local police acted in conjunction with the drug cartels. The militancy of the Teacher Training College students in defence of their institution, a conquest of the Mexican revolution which the state wants to abolish. The fact that the federal state had subjected them to surveillance for their political views. The state of Guerrero as the site of ferocious struggle by the democratic teachers’ union against the education counter-reform. The state of Guerrero as one of the places where the armed self-defence of the peasant communities has reached a higher degree of organisation. The state of Guerrero as a battleground between powerful Canadian mining corporations and the rights of the indigenous communities.

All of this makes the demand for justice and the struggle for the truth about what happened to the 43 students who were disappeared by the state, one which questions the whole of the capitalist system in Mexico.

This is the reason why the government has resorted to all means at its disposal to make it go away: ignoring it, bribing the families, sacrificing scapegoats, selective and more widespread repression against those struggling for justice and truth, etc.

If we take all of this into account, the conclusion is unavoidable: the movement for the Ayotzinapa 43 must be linked to a wider movement against capitalism and its rotten state in Mexico.