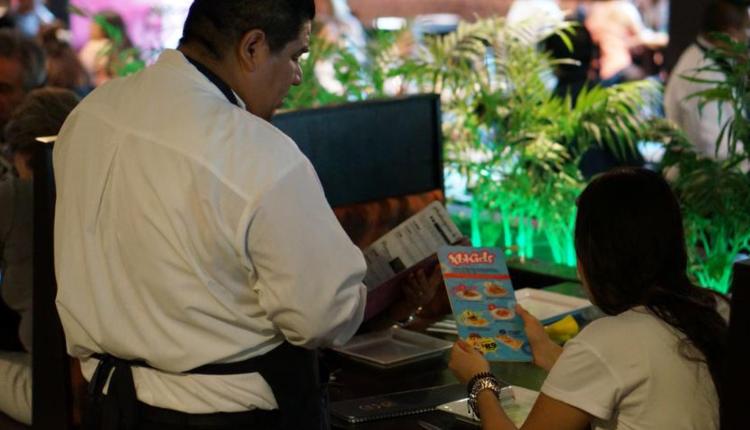 The third week of March 2020 began with an avalanche of measures to contain the spread of the COVID-19 virus in Mexico. The figures in the state of Quintana Roo, given by the mayor of Benito Juárez on 25 March from her official Facebook page, are around 22 cases in this municipality alone, and a total of 27 in the entire state. Four in Solidaridad and one in Othón P. Blanco.

The economic impact has been brutal, with massive cancellations of reservations at hotels and tourist sites causing a drop of 85 percent that could reach 90 percent according to the Governor Carlos Joaquin González. 200,000 people depend directly on the tourism industry, 400,000 indirectly and 13,000 families depend directly on Grupo Xcaret (the major tourism corporation in the region). The governor says that 600 companies have acquiesced to the appeal not to fire their workers. Many measures have been taken mainly to avoid the growing discontent, which has put in everyone's mind the possibility of looting stores, something we don't agree with, but which can be a natural reaction of the people to the situation.

It was also announced that there will be constant labour inspections of businesses and companies that dismissed their workers without justification, as well as legal aid for workers who were dismissed without justification. However, most of the negotiations have focused on saving the employers from responsibility for their employees, such as the advance of outstanding holidays, "solidarity" days and a minimum wage (provided that these are reinstated by the state). 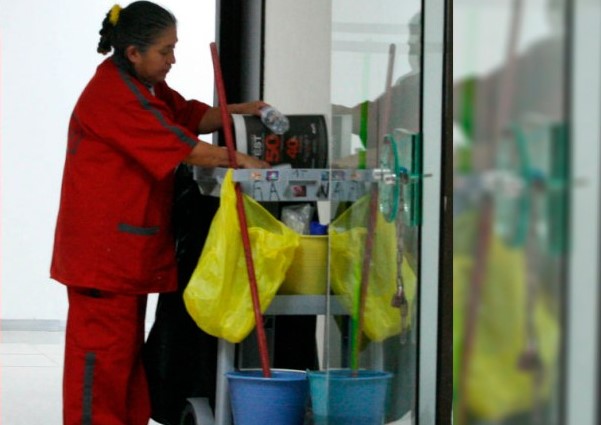 There is widespread concern about job insecurity in this period / Image: Izquierda Socialista

The closure of 28 hotels in the state has been a heavy blow to the economy. The tourism sector in this region contributed eight percent of the country's GDP. Yet it has some of the poorest health and social services in the country. The Regional General Hospital does not have the necessary supplies or hygiene protocols to contain an emergency of this scale. The equipment and personnel are minimal to the point that it only has two surgeons, one per shift! Contingency measures remain minimal given the severity of the issue: temperature control points and antibacterial gel dispensers have been installed. In the case of public transport, drivers are not allowed to have more than ten people standing on their bus.

The concern about the insecurity of the situation is very real; it is likely that the wave of layoffs will lead to an upsurge in burglaries, assaults and so on. We are proposing to form neighbourhood committees in defence against this, mainly to take care of the physical integrity of us all, as depending on the authorities is like tossing a coin in the air, a very dangerous game of chance. These committees can ensure the supply of food to the poorest families and to those who have been laid off, by taking control of the running of large commercial stores. This can ensure low crime and fair distribution of food so that no one goes hungry.

On Friday, 27 March, the IMF announced a global recession. This means that, if we do not organise as a class, with our interests, armed with a political programme and measures that will lead us to accomplish it, once again we will pay for the crisis, as we have been since 2008.

We should ask ourselves, were all those promises of economic growth true? Has the privatisation improved healthcare? Have the concessions to private individuals improved our lives in any way? Now we can see the opposite, even in so called "first world" countries this has caused a deadly crisis as in the case of Italy and Spain. With this in mind we make a call, not to return to the supposed "welfare state" that Mexico had before the neoliberal policies, but a call for us, the working class, to fight for our interests and to push for them through strikes, work stoppages, marches and rallies, to bring us to power, to ensure that the exploiters, who have shown that they cannot run the state, let alone the world, no longer exploit us. On the other hand, if the working class stops, the world stops, and if we advance towards a common goal, that of socialism, of true brotherhood, equality and the freedom that arises from material conditions, we are unstoppable, a force greater than any bourgeois army in the world.

*As of 26 March 2020, a massive dismissal of workers from the Palladium Hotel on the Riviera Maya is being carried out. It is known that the majority of the collaborators belong to the town of Felipe Carrillo Puerto in the Mayan Zone. In a civic denunciation they explained to this newspaper that they are being given severance pay in violation of the law and some are being given temporary leave or forced holiday without pay. Therefore, at this moment, many of them are very worried, waiting for whatever authority that can defend them.