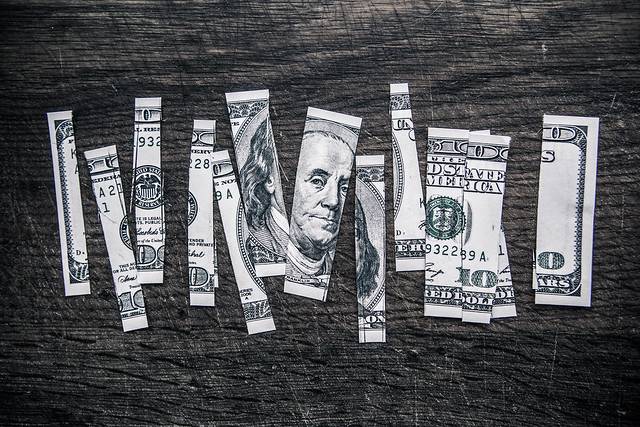 Will Roche continues with the last in a series of three articles on monopoly capitalism.

In my previous two articles I have shown that monopolisation of big business is endemic to the capitalist system. Big business has become wealthier and more powerful today than ever before. I have also shown that revolving doors between government and industry has ensured the continued domination of big business over parliament and state. In this final article, I’m going to try and debunk the myth that capitalism is an efficient system. Capitalist economists constantly argue that privately run industry driven by pursuit of profit is the best way for an economy to function. But, even a cursory look at the world around us tells a very different story. Far from being efficient, capitalism is riddled with contradictions and crisis. You could write multiple volumes, as Karl Marx did, on the inadequacies of capitalism, but here, in this limited space, we shall deal with just a few.

One of the greatest resources that capitalism squanders is human labour. Unemployment has become a permanent feature of capitalism, but it swells to epic proportions during a crisis. Official figures show that unemployment in Britain today increased to 2.5 million, 8% of working people. If you factor in the 40% of unemployed who have resorted to part-time or temporary jobs or education to avoid the dole queues, and the unemployed who don’t claim benefits, that figure is probably nearer 5 million. The International Labour Organization (ILO) has estimated that global unemployment is about 239 million, 8% of the world’s workers, an increase of 59 million since 2007. What a tremendous waste of human resources. If the working population of Britain is about 33m, and GDP is £1.6 trillion, then GDP per worker is £48,500. Britain’s 2.8 million unemployed could be costing the economy £121 billion in lost production. Every man, woman and child could be £2,000 better off if we eliminated unemployment, but this is virtually impossible under capitalism.

Industry lies idle too, especially during recession. The IMF thinks the output gap, the gap between actual and potential GDP, in advanced economies is up to 5%. Around 30% of the U.S. manufacturing sector is idle. Yet there are shortages of essential amenities. In Britain, large brick, plaster and glass producing monopolies are stock piling materials. Hundreds of thousands of construction workers are without jobs. Yet thousands of homeless wander the streets, millions more live in sub-standard accommodation due to a lack of quality affordable housing. But the market economy does not link these resources to the needs of society unless it’s profitable.

In 2008, 13 million people in the UK were living in households below the 60% low-income threshold after deducting housing costs. This is around a fifth (22%) of the population. This 13 million figure is an increase of one million compared with three years previously.

The World Bank’s statistics state that over half the global population lives on less than $2.50 per day. 800 million people go hungry every day. Far from reducing poverty, capitalism has increased inequality. The UN has reported that, in 2005, the richest 500 people in the world earned more than the poorest 416 million.

Big business has developed all sorts of desperate and wasteful ways to increase profit. One of the most despicable tactics is ‘planned obsolescence’, a concept popularised by Vance Packard. There are three different types. The first is ‘obsolescence of function’, where a product becomes superseded by next year’s model. This is justifiable when better technology is introduced but it’s often exploited. Computer manufacturers deliberately change the design of processors to stop us from updating our old computers, forcing us to buy new ones. New software is frequently introduced that is not compatible with older versions, forcing users to purchase new software. In 2004 about 315 million working PCs were retired in North America. Most go straight to the scrap heap.

The second, and by far the most wasteful, is ‘obsolescence of quality’. Here the product is designed to break after a certain amount of usage. Low quality materials are used on key components in order to create ‘death dates’, ensuring repeat sales and huge profits – what madness! This practice is thought to have become mainstream during the 1930s, when the American company General Electric reduced the life span of their light bulbs from 1000 hours down to 750 hours to increase their sales. The practice quickly spread to the automobile industry. Companies like General Motors began to use metals that rust, fan belts that constantly break, and plastics that snap off in your hand. Washing machines, refrigerators, toasters & vacuum cleaners are all designed to breakdown within just a few years. A famous recent case is the 'Click Wheel' on Apple iPods, which many consumers found to fail within 18 months of purchase.

The third method is ‘obsolescence of desirability’. Here the product, still sound in terms of performance becomes ‘worn out’ in the mind of the consumer because marketing deems it ‘out of fashion’. Most of you will have seen TV adverts trying to convince you that if your mobile is more than a year old then you’re are uncool. About 250,000 tons of discarded but still usable mobiles, containing toxic materials, sit in stockpiles in America awaiting dismantling or disposal. Goods could be designed to last for much longer, which would be better for us, and better for the environment, but it’s no good for capitalism.

The role of advertising in promoting demand has become crucial to monopoly capitalism. Corporations blow fortunes on marketing, branding, junk mail, wasteful packaging, product placement, and advertising. The more similar the products are, the more resources are wasted on trying to convince you that they’re different! Colgate spends 12% of its total dishwasher soap sales on advertising; Levi-Strauss spends 11% on their jeans; and Proctor and Gamble spend 11% on their toothpaste.

It gets worse. As advertising creates clutter, greater and greater volumes of advertising is required to be effective. Total ad revenue in the U.S. has swelled from around $25bn in 1920, to a staggering $300bn in 2000 (Monthly Review, April 2009). What a stupendous waste of money!

With the expansion of the financial sector, greater proportions of this ad money are being used to encourage us to borrow money and get into debt! This was 12% in 2005, compared to 2% in1945. Also worrying is that greater amounts of advertising is being targeted at children; $100m in 1983, compared to $17bn in 2007. Evidence shows that this is linked to the current epidemic in childhood obesity. In short, the sales effort is a deeply dubious enterprise which inflicts great damage on our societies.

When it comes to food, never before has so much been controlled by so few. Ten companies control two-thirds of global seed sales. Monsanto is the biggest of the big. The firm makes its fortune by genetically engineering crops so they don’t reproduce, forcing farmers to repurchase seed every year.

Capitalism is also poisoning our food. In the 1990s, Monsanto came up with the controversial idea of injecting cows with growth hormones to increase milk yields. This became a scandal when tests showed that this milk could cause cancer in humans. Despite being banned in Europe, this milk continues to be sold in other countries, including the U.S. Monsanto also exploited last year’s global food crisis to increase its profits. As rice stocks hit their lowest levels in 30 years, the corporation raised prices. Maize went up by 35% and soybean by 50%. As the world’s poorest people went hungry, Monsanto celebrated a 120% rise in profits.

The case for socialism

Far from being efficient, capitalism creates waste, destruction and shortages that are completely unnecessary. Socialists argue that the best alternative is for working people to take control over their workplaces, for major industries to be nationalised, and for the economy to be planned by workers’ and community councils, along with a socialist government. Industries that effect us all, such as the banks, transport, land, utilities, construction, healthcare and food, would be planned to provide us with what is needed, but to do that we need to collectively own and control them. That means expropriating the capitalists.

Paradoxically, the monopolisation of the capitalist system creates more favourable circumstances for the building of a planned economy. The commanding heights rest in fewer hands. Back in the 1800s, you would have had to take over thousands of companies in order to plan the economy. That would have been impossible. Today, the top 150 companies would probably suffice to plan the economy. For example, 99% of Britain’s electricity is supplied by six giant firms. Britain’s supermarkets are dominated by just four firms. Six giant companies control about 80% of Britain’s mobile phone industry. There has been huge monopolisation of the financial sector. In 1990, the ten largest U.S. financial institutions held only 10% of total financial assets. Today they own 50%. The largest five U.S. banks now hold $9trn in assets. (Monthly Review, Oct 2009). So taking over the banks would be easier today than ever before.

Scientific planning, which already takes place inside these giant privately owned capitalist enterprises, could be lifted out of the individual factory and applied to the entire publicly owned economy. The results would be stupendous. There would be full employment with decent wages. The cost of production could be cut dramatically reducing the price of goods. And, affordable housing, free healthcare and education could be provided for all.

Building a socialist economy out of a modern capitalist economy would present far fewer challenges than attempts of the past. By putting to work the nationalised commanding heights of the economy with a democratic workers’ plan, we could quickly develop a highly flexible system for serving the needs of our population, creating greater individual liberty and shared abundance.