Morocco
Share
Tweet
The barbaric attack of Israeli forces on the people of Gaza has provoked widespread mass opposition within the Arab world. Here we provide a brief report on youth mobilisations in Morocco, where the Marxists have intervened connecting well with the militant youth. 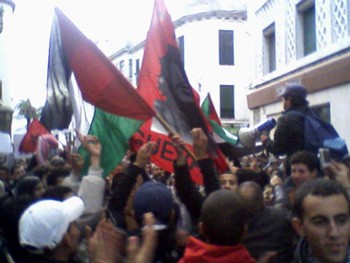 Every day since then students, and especially school students, have come out on the streets spontaneously and without the slightest organisation. In Tangier, Fès and Agadir this has led to violent confrontations with the police forces. In Marrakech, the repression has caused many victims amongst the students. One student (Abd Razak El Kadiri) was killed in a violent police charge. He now joins the many martyrs of the Palestinian cause but this time the killing was carried out by the so-called "Commander of the believers" ‑ as the dictator Mohamed VI likes to portray himself. 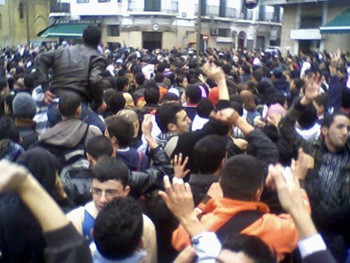 In Tangier, Fès and other cities the authorities have decided to close the colleges and schools. The youth have been given one week's holiday to stave off the mass mobilisation. Despite the repression in Marrakech, the regime is very cautious not to provoke any clashes which could turn the anger and the youth uprising against the Moroccan dictatorship itself.

In Tétouan the school students have been demonstrating every day in their hundreds. A local solidarity committee with the Palestinian people has been established including the left-wing parties, the unions and other "associations". Its first action was to call for a demonstration on the January 1st. More than 70,000 people participated out of a total population of 300,000.Workers, young people, men and women, all filled the streets and chanted slogans against the Israeli attack, against the Arab dictators and of course in solidarity with Palestine. 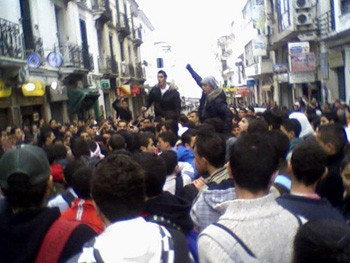 The Marxists organised in the Communist League of Action (Marxy.com) were active on those demonstrations, some of them being initiated by the comrades. Our revolutionary and socialist slogans then dominated the march. We were visible with our Che Guevara and red banners. We published a special manifesto which was distributed and read out at the end of different demonstrations. During our speeches we explained that the ruling class in Israel was going through a profound economic and political crisis. With this war the capitalists in Israel want to deflect the attention of the oppressed masses in Israel away from the real causes of their misery. So they are trying to create a sentiment of national unity between the oppressed and the oppressor directed against the children of Gaza. We then added that there is no solution possible for the Palestinian masses under capitalism and the only solution out of this barbarism is socialism.

These mass mobilisations of the youth in Morocco, as in the rest of the Arab world, are no accident. We understood long ago that, just as in Greece, the anger of the youth, who have been suffering misery and repression in Morocco, was just waiting for an opportunity to come to the surface. The youth has now risen! 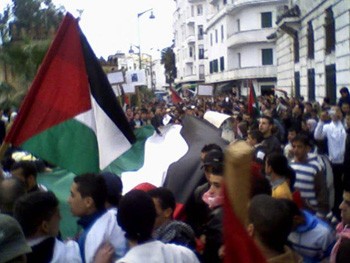 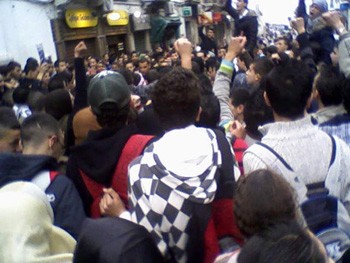