The latest edition of The Communist – in Arabic – has come out. We are providing a PDF of the paper and a list of contents in English. 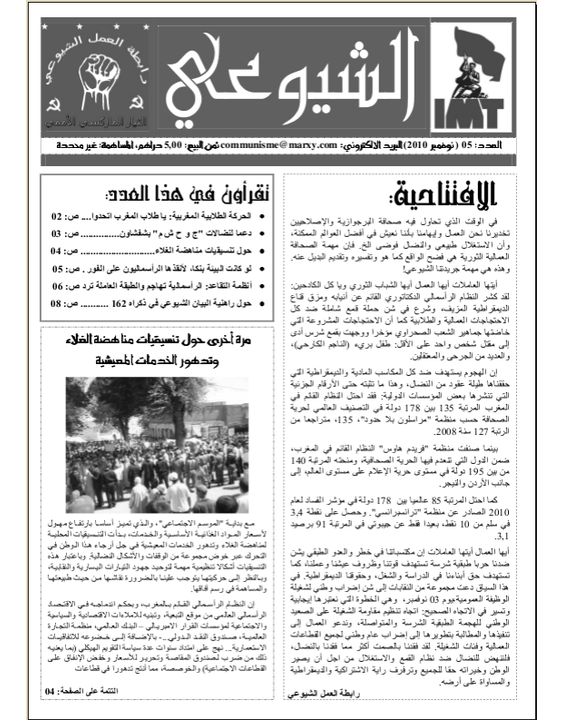 The paper includes articles on the following: