The June 2010 edition of the Moroccan Marxist journal, The Communist, is now available online. 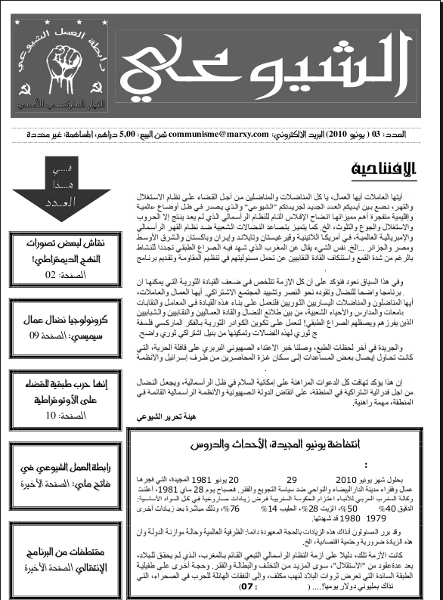 We are making available an online version of the June 2010 edition of The Communist, the paper of the Communist League of Action in Morocco. It contains an extensive article on the June 1981 events in Casablanca. Those events, more generally known as the “bread riots”, were in reality a general strike which turned into a spontaneous insurrection against the dictatorship of Hassen II and the IMF’s brutal austerity measures. The article gives a short factual timeline of events but more importantly draws some lessons, useful for the struggle of today. Soon the article will be available in English. Then there are reports on ongoing struggles, important extracts of the transitional programme, a report of the Mayday intervention of the Communist League of Action. Finally the comrades publish an article explaining how the autocracy can only be defeated by class struggle. You can download the issue here.