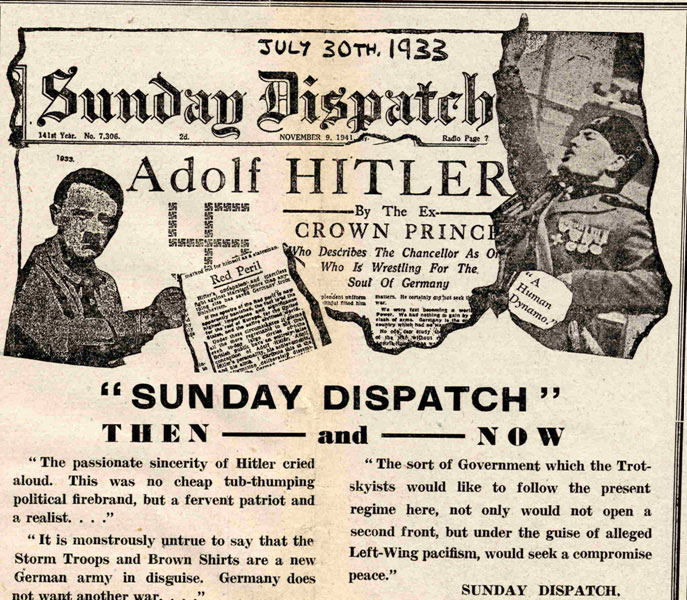 In 1942 a slanderous campaign against the Socialist Appeal waged by the Communist Party leaders was backed up by the Sunday Dispatch, infamous for its early enthusiastic support of Hitler, Mosley and the Blackshirts. They shamelessly joined forces to accuse the Trotskyists of being Hitler's agents! Here is Ted Grant's reply to these slanders.