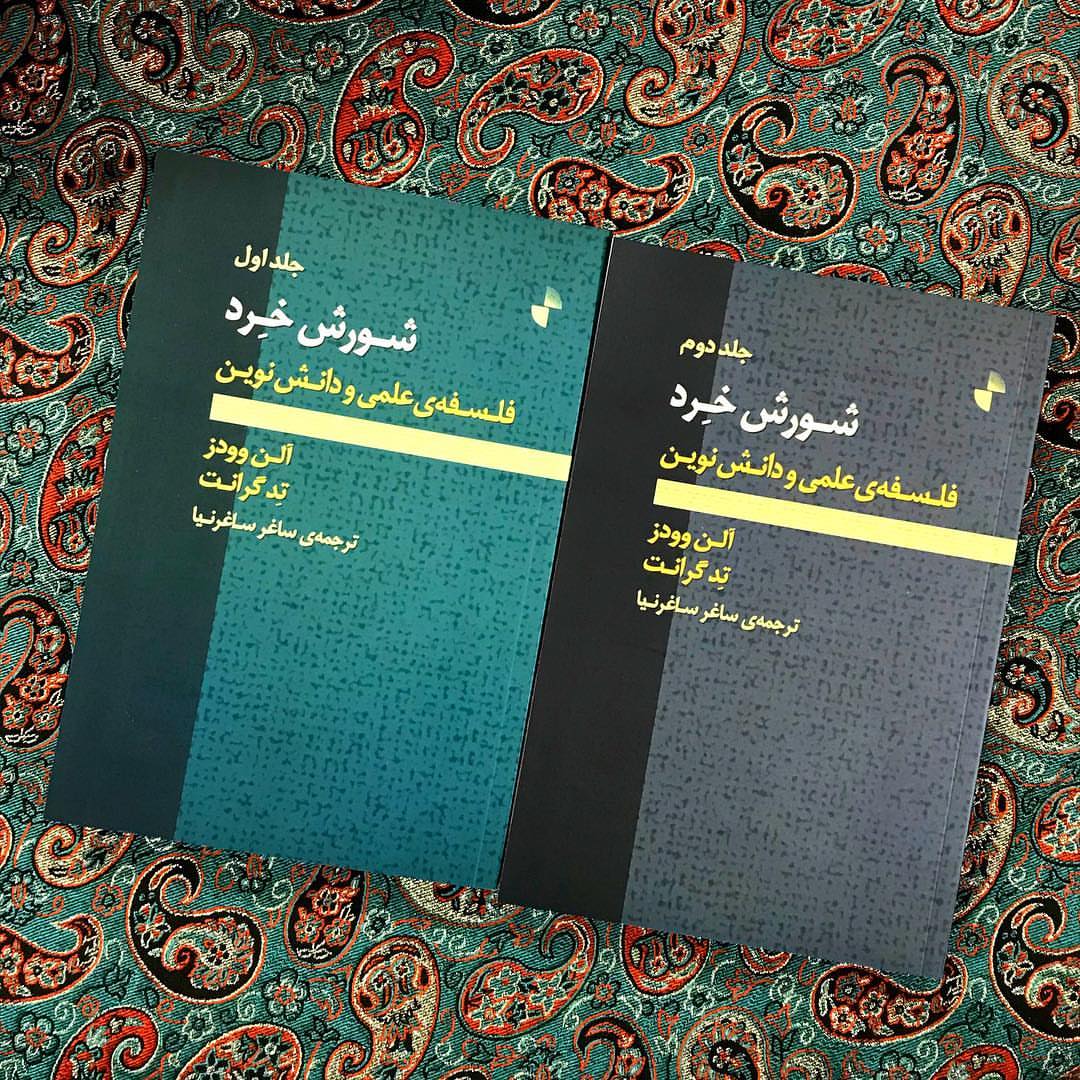 We are very proud to announce the publication of Reason in Revolt: Modern Science and Marxist Philosophy in Farsi. Since its publication, there has been huge interest in the book in all corners of the world. Over the years, it has been translated into Spanish, Italian, German, Greek, Urdu, Bahasa Indonesia, Portuguese and Turkish. Now, after three years of hard work by translator Saghar Sagharnia, the book will be available to a whole new audience, published by Zharf publishing house and available in bookstores throughout Iran. While the sanctions on Iran complicate matters, we are attempting to make it available for Farsi speakers elsewhere via WellRed Books!

First published in 1995, Reason in Revolt is an application of the method of dialectical materialism to modern science. One of the most common accusations directed against Marxism, and Engels in particular – who wrote extensively on science – is that he based himself on the science of the 19th century and therefore is out of date. But in fact, the discoveries of modern science – which support theories such as chaos and complexity – provide far more material that shows that Engels was right when he said that, in the last analysis, nature works dialectically. The latest discoveries of science have fundamentally modified the old view of evolution as a slow, gradual process, uninterrupted by sudden catastrophes and leaps.

The question of philosophy is not secondary. Those who stubbornly maintain that they have no philosophy are mistaken. Nature abhors a vacuum. People who lack a coherently worked-out philosophical standpoint will inevitably reflect the ideas and prejudices of the society and the milieu in which they live. That means, in the given context, that their heads will be full of the ideas they imbibe from newspapers, television, pulpits and schoolrooms, which faithfully reflect the interests and morality of existing society.

Dialectics teaches us to study things in motion, not statically; in their life, not in their death. It teaches us to study things and processes in all their interconnections. Every development is rooted in earlier stages, and in turn is the embryo and starting point of new developments – a never-ending web of relations that reinforce and perpetuate each other. Hegel already developed this idea in his Logic and other works.

Using a dialectical approach we are able to see that, sooner or later, things turn into their opposite. Almost 25 years have passed since Reason in Revolt was first published, and it seems that things really have turned into their opposite. Not one stone upon another now remains of the comforting illusion that capitalism was working, communism is dead, and nothing would ever change. Everywhere, there are wars, unemployment, poverty and hunger. And everywhere a new spirit of revolt is arising, not just in Asia and Latin America but also in Europe and the USA. In Algeria, we see a revolutionary movement of the masses, which could spark a new Arab Spring.

The tide is turning, as we knew it must. And people are looking for ideas that can explain what is happening in the world. The ideas of Marxism are enjoying a renaissance. Support for these ideas is growing stronger by the day. It is therefore very timely that we are now able to offer Reason in Revolt to the Farsi-speaking world.