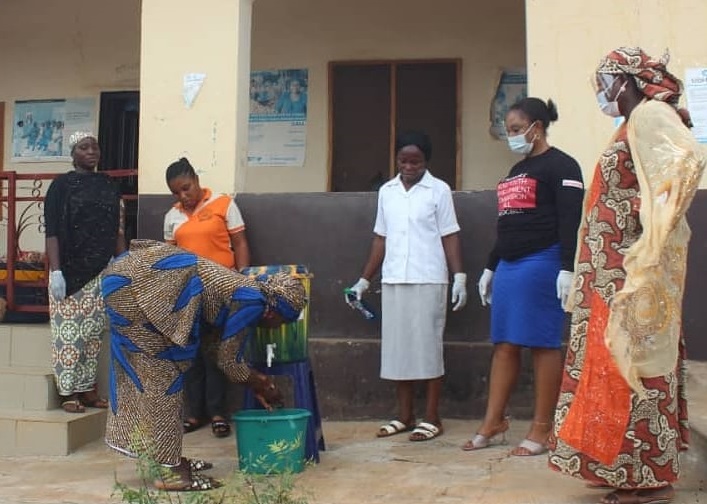 Kano has become the epicentre of the spread of Covid-19 in northern Nigeria. A large number of so-called “mysterious” deaths was recently reported, but the state government of Kano blatantly claims that the sharp rise in deaths is not due to Covid-19. Here we provide an eyewitness account from an IMT comrade in Kano.

At the time I put my pen to paper to put this piece together, 640 people are said to have died in Kano state. The cause of death is “unknown” as they claim. But in a time like this, when even in the almighty United States of America over 50,000 people have died of the pandemic that is ravaging the world, what else could it be? What are the conditions in Kano state? Here is where in the recent period over 100 children have died of malnutrition. Children die here not because of Coronavirus, but because they don’t have enough food to eat to survive in this 21st Century.

Although many people gave up hope in the ruling class of this country long ago, a few still believe things could get better. But my being on the ground and going deep into the heart of Kano, talking to parents and families of victims who have suffered from an avoidable taking of their family members by the cold hands of death, I have to come to the conclusion that we have a failed system and they have no intention whatsoever of making things better.

When a pregnant mother has to hold her baby in her arms and let her tears drop on the face of the baby until he/she stops breathing because she has no access to basic healthcare service, while others, who should have provided the access, can fly at any time when they have ordinary headaches to any country of their choice to seek medical services, you know the injustice in this particular society is unimaginable.

This has been the situation in Nigeria for a very long time, and Kano state from where I come from is no different. Nobody needs to convince anyone of the existence of corruption in Kano state. Abdullahi Umar Ganduje, the state governor, is referred to by many by the nickname “Gandollar”, because he apparently collects his bribes in dollars. The ruling elite live big in the midst of unimaginable poverty of the people they claim to rule over.

Poverty capital of the world

So, you can only imagine what it is like in times of crisis like this. I do not expect anybody to be shocked by what is happening today in Kano. Remember, even the members of the Task Force placed in charge of protecting the ordinary tomato sellers on the streets could not protect themselves. Not to mention the medics who are at the front line. Six members of the Corvid-19 task force, including the co-chairman, have already tested positive. They have no Personal Protective Equipment to protect them and within days of service they have all had to go into isolation. Now, no one is capable of leading the fight against the dreaded disease that spares no one.

The Governor, who seemed not to be too bothered with the extent of the crisis, went ahead to appoint his blood daughter, someone who obviously lacks the experience and expertise in the field of infectious diseases, as part of the task force. As the Governor’s daughter in this feudalistic North, no important decision is taken without her express approval. 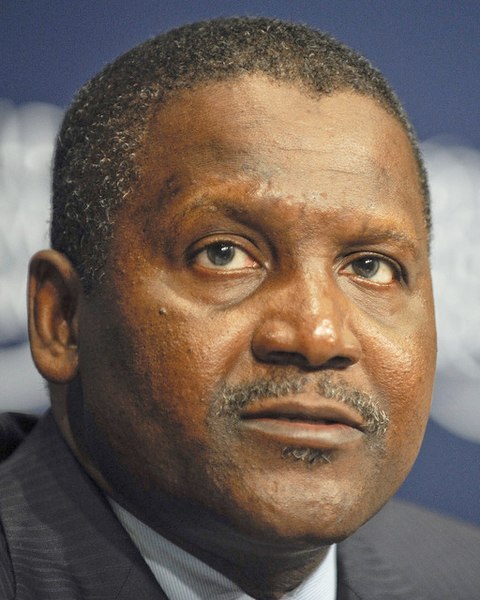 Kano is the home state of the richest man in Africa. Meanwhile, the workers are poor are suffering in their multitudes / Image: WEF

I was personally touched by the story of a mother, who lost her child suspected to have died of Corvid-19. She tried all her best to get the authorities to help in saving the life of her child, but it all failed. The Governor threw up his hands in an expression of helplessness, and said he needed help from the Federal Government. But in his interview, I was shocked to hear how much he claimed was needed to save 20 million lives in Kano. He needed 15 billion Naira [US$38million] to buy testing kits and provide the badly needed palliatives for the poor. How much is 15 billion Naira for God’s sake? [Editor’s Note: in Nigerian English “palliative” has the meaning of aid or subsidy, and that is how it is used in the rest of this article].

Kano is the home state of the richest man in Africa: Dangote. He has an estimated net worth of US$8.1 billion, making him the 88th wealthiest person in the world and the richest person in Africa. He already has received his palliatives given to all his companies, because the government said his companies cannot be allowed to fail.

Nigeria mainstream commercial banks made a total of N648 billion in profit after tax in the nine months ended September 30, 2018. This then represented an N88.6 billion or 15.8% increase, as against the N559 Billion recorded in the corresponding period of 2017. Just the four biggest banks alone reported a combined profit of N430.94 billion for the nine months ended September 30, 2019. Yet, despite this huge amount going to a few rich, a total of about N3.7 trillion Naira palliative has been signed and concluded to support them through this crisis we are all experiencing. These palliatives came in the form of a moratorium, debt forgiveness and cancellation of the debt they owe to the Central Bank.

What kind of system would rather channel its acclaimed lean resources to save the businesses of a very small minority and leave the 20 million Kano poor to die in droves? A system that insists we have to eat only from the stomach of the rich.

It is obvious that this capitalist system is no longer compatible with our desperate needs today. This system has to go! The huge resources in the hands of an ever-diminishing minority must be freed to cater for the needs of all. The only system that can come to the rescue in this period is a socialist system, where the resources of society would be made available for our most urgent needs and the key driver of society would be need and not the greed of the super-rich.